posted on Aug, 5 2021 @ 04:34 PM
link
Today I was researching something else and I happened upon a paper about the XB-70 Valkyrie (a favorite of mine since I was a boy and my first visit to the Wright Patterson AF museum).

Something caught my eye and I started doing some comparisons. I was really surprised to learn that the XB-70 had very similar performance characteristics to the SR-71 Blackbird. Previously I'd thought the SR-71 was lightyears ahead of any other aircraft in terms of performance. The Blackbird had a ceiling 11,000 feet higher, but the top speed of the SR-71 was only about 200+/- mph greater than the XB-70.

Obviously there were massive differences in size, weight and capacities, but I just found it really interesting they were so close in performance.

The XB-70 ranks right up there with the fastest aircraft that ever flew. I did not know that.

While the SR-71 was in a league of its own

I read a very well detailed report about the SR-71 Potential capability years ago were a lot of scientific boffins suggested the airframe was capable of so much more than official stated, and that the analysis they did… don’t ask how, that it could Potential glide at altitude of 140,000ft, I can’t find the article anywhere anymore though but I do remember posting it on here 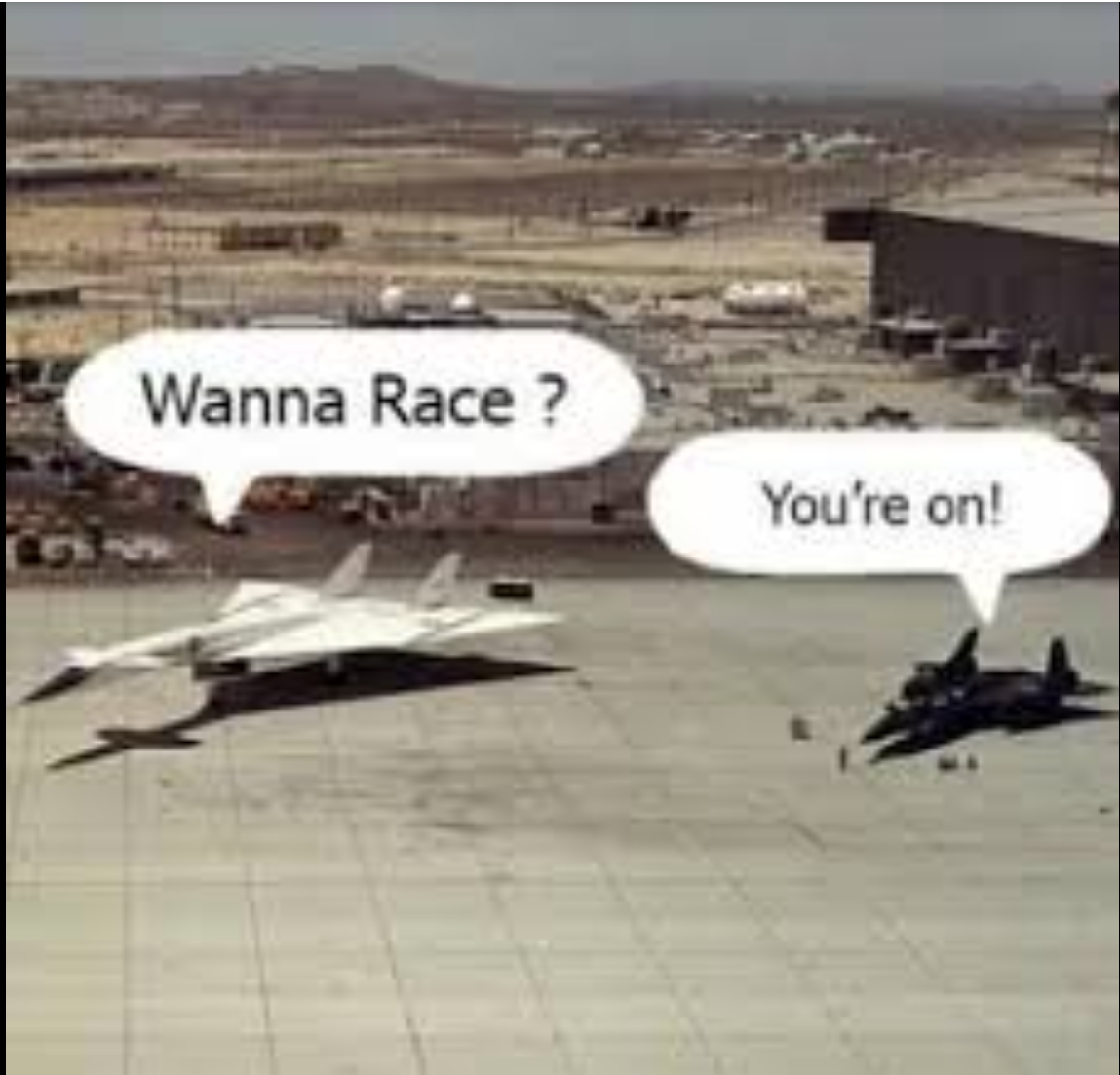 posted on Aug, 5 2021 @ 05:17 PM
link
When the XB-70 was originally conceived, the only real threats to bombers were the antiaircraft gun and interceptors. By flying high and fast, the XB-70 could get in and be on the way out before fighters could get to their altitude, and guns would have to be ridiculously huge. Bombers had been going higher and faster, with the B-58 capable of a top speed of Mach 2. Then the SAM came along, and the B-70 could perform barely better than the B-52 at low altitude, so the infighting started, and we ended up with what was basically a research platform. The XB-70 was actually first design in the high speed flight race. The XB-70 program of record was initiated in 1955, under the WS-110A program, while the A-12 was initiated in 1957, under Project Oxcart. The A-12 beat the XB-70 out in terms of first flight though.

The SR-71 Dash One has been fully declassified, and can be downloaded online. It has the full capabilities of the aircraft included. The only thing we don't know about it are where and when some of the missions took place.

originally posted by: Zaphod58
a reply to: TritonTaranis

The SR-71 Dash One has been fully declassified, and can be downloaded online. It has the full capabilities of the aircraft included. The only thing we don't know about it are where and when some of the missions took place.

I don’t know whether it was regarding the actual SR-71 over its operational/service lifespan, i think it was the potential of its airframe and some minor modifications needed, I honestly wish I could find the article now, I’m guessing it was probably 15 years ago

Thought I'd share this before this tablet finally dies. But it's worth a gander if you would like to see the SR-71's cockpit 360° high resolution.

Yet many of the concepts used in the XB-70 were incorporated into the nextgen SR-71 and Russian designs.

Hey, I just posted this for fun factoids.

There's a lot of wild speculation out there. The SR-71 wasn't capable of much more than about 85,000 feet. The A-12 was capable of higher because it didn't have an RSO or his life support, but that topped out at 94,000 feet. Mission altitudes were between about 70-75,000 feet, some higher. The top speed was limited by the inlet temperature of the engines. Above 427C, the engine could come apart, or all kinds of Bad Things could happen. Pratt wouldn't guarantee engine operation above that temperature. The fastest officially recorded flights were listed as Mach 3.29 for the A-12, and Mach 3.32 for the SR-71. The fastest unofficial flight for the SR-71 was a flight that briefly touched somewhere around Mach 3.5, but again, conditions had to be absolutely perfect to keep the temperature below 427C. Pratt wouldn't
edit on 8/5/2021 by Zaphod58 because: (no reason given)

Not arguing, simply pointing out the history of the aircraft. There were a lot of similarities between the SR and the XB-70, but as far as I've ever seen, there wasn't much if anything that was taken from one to the other. The Valkyrie was North American, and the Blackbird was LM. NAA merged with Rockwell-Standard and became North American Rockwell. Rockwell sold North American, Autonetics, and Rocketdyne to Boeing in the 90s.

Not at all! I love the history of aviation in the 50s and 60s, especially the high speed stuff. The XB-70 has always been a favorite of mine, and is a fascinating design. The things they did with it were and still are revolutionary. It's never a "dumb thread" to talk about it, especially since there are a lot of people that don't know much about it.
edit on 8/5/2021 by Zaphod58 because: (no reason given)

posted on Aug, 6 2021 @ 05:52 AM
link
I can see the Mothership Brilliant Buzzard coming out of the technology.

posted on Aug, 6 2021 @ 06:44 AM
link
I first visited the Air Force Museum in 1972 shortly after the current facility opened. Back then only the most worthy / valuable aircraft were inside. Many were still kept outside then, and the XB-70 towered over all of them. I can remember standing there looking up 20' to the flight deck and seeing the massive intakes and landing gear. It's sheer size took your breath away. It was by far my favorite aircraft.

In the many decades since I've always read any articles / videos I could find of the XB-70, but it wasn't until yesterday that I realized it was nearly as fast as the SR-71. I never thought to compare them. I always knew it was developed to be a supersonic bomber, but it wasn't until I saw that Mach 3+ number that I stopped and said to myself..."Wait a minute, that's damn near as fast as the SR-71 isn't it?" Prior to that I'd thought the SR-71 was alone in that space.

To think that only two were ever built, and one of them crashed for the dumbest of reasons (a stupid photo op), leaving only one in existence is both sad and awe inspiring in the same breath.

I was able to hit the Air Force Museum a couple years ago, and was only able to see the back of the XB-70 through the open doors of Building 4. It was about two weeks before the new building opened, and everything had been moved in, but nothing was publicly available.

It's unfortunate they way they have it shoehorned in the building the way they do. From the pictures I've seen it looks like they've got stuff parked partially underneath it and all around it. With all that distraction under and around it I don't think you can really appreciate the overall size and scale of the XB-70.

The fact something that big could go that fast is almost ethereal.

I always thought what they should do would be to park a B-1B (or even a B-58) on one side of it and a B-52 on the other side of it. Then you could really appreciate its size.