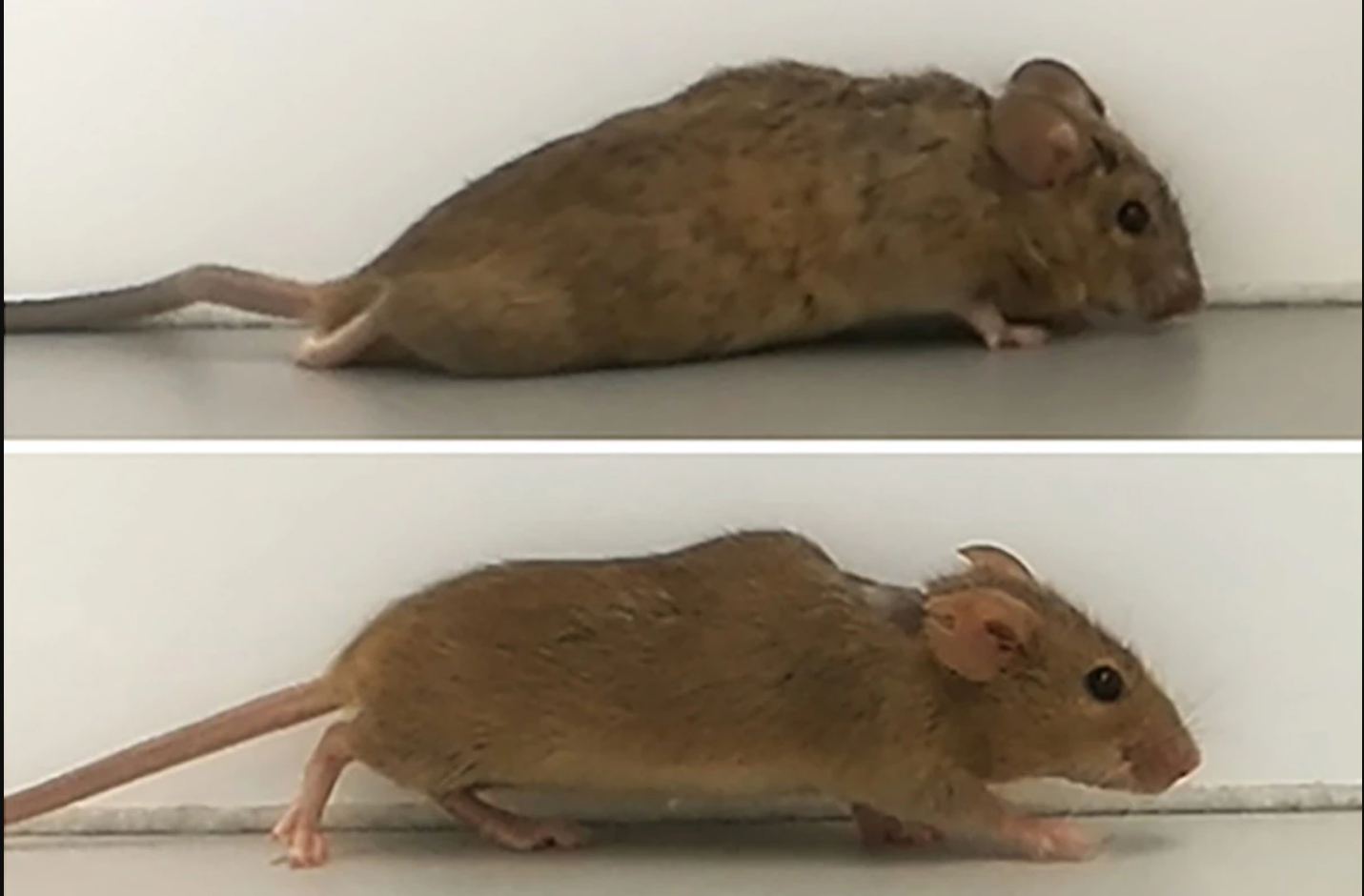 scientists have restored the ability to walk in mice that had been paralyzed after a complete spinal cord injury. The team created a “designer” signaling protein and injected it into the animals’ brains, stimulating their nerve cells to regenerate and share the recipe to make the protein.

Even more amazing, it only takes a single injection!

Not only did motor neurons near the site of injection begin to produce hIL-6 themselves, but they passed it along through axonal side branches to other neurons responsible for actions like walking. And sure enough, within a few weeks the mice regained function in their hind legs, even after just a single injection.

The scientists themselves admitted to being surprised by the results. Next steps include seeing what happens "weeks after the injury", which seems to imply these current tests are 'fresh' injuries...

Hopefully in the long run the results may be applied to humans, but that wouldn’t be for many years yet, if ever.

I just thought about all those poor mice that get caught in those mouse traps....

It's like this drug is perfect for them. You could sell it to remorseful tree huggers like me....

Ahhhhh, poor mouse, this will fix you right up....

Hopefully in the long run the results may be applied to humans, but that wouldn’t be for many years yet, if ever.

I think by that they mean the majority of humanity, I’m sure they have already discovered the secret to prevent ageing and death. Now they have rejuvenation.
Ah to be a super villain in the modern world..

Actually seems scientifically pretty cool. But having been in a wheelchair for 19 years now I stopped reading about all these miracle treatments 10 years ago. So few of these things ever seem to get to treating humans, that's the big disability - the final push from science to medical.
I'm not sure why I clicked on this one, probably because I'm sick of reading the polical threads!

I'll be honest, I'm fairly jaded on this subject - so my words here are not of much importance. Bad time for my new start-up in 1/10th scale wheelchairs with a tail-hole in the seat.

Also, who is the ar$e-h0le who is busting these rats spines (by crushing ffs). Nasty job description. ugh..

Here is some more research into that but from a different angle.
www.ted.com...

At this rate we may see the paralyzed walking again in our life times.


Hopefully in the long run the results may be applied to humans, but that wouldn’t be for many years yet, if ever.


The guy in the link I posted says human trials for their research has been approved.

I wonder if it would work on neuro-degenerative diseases, that would be great.