All is not lost! Put up neon signs around Marianas Trench. Stat!

originally posted by: steaming
a reply to: Gothmog

originally posted by: AutomateThis1
Alright so hear me out, when NASA shot off their own radio signals out into space. They didn't realize that there were creatures that exist made up of radio waves bound by some kind of as of yet unexplainable quantum physics stuff. The radio signal that NASA shot off was actually remarkably similar to the mating call of these creatures.

2021 is going to be the year of alien annihilation when these energy being get here and realize there is no energy alien vagina waiting for them.

Nor any whales for V’ger! We’re screwed!


originally posted by: MichiganSwampBuck
Are they red shifting or blue? I'm too lazy to look.

Radio waves will Doppler shift too, but I suppose you'd need to know what the frequency was to know how it shifted.

Just wondering if this circle was heading away from Earth or toward it. Who knows? It could be stationary or I guess it may be traveling in any direction from our point of view, left, right, up, down, or any angle in between.
edit on 1-1-2021 by MichiganSwampBuck because: For Clarity 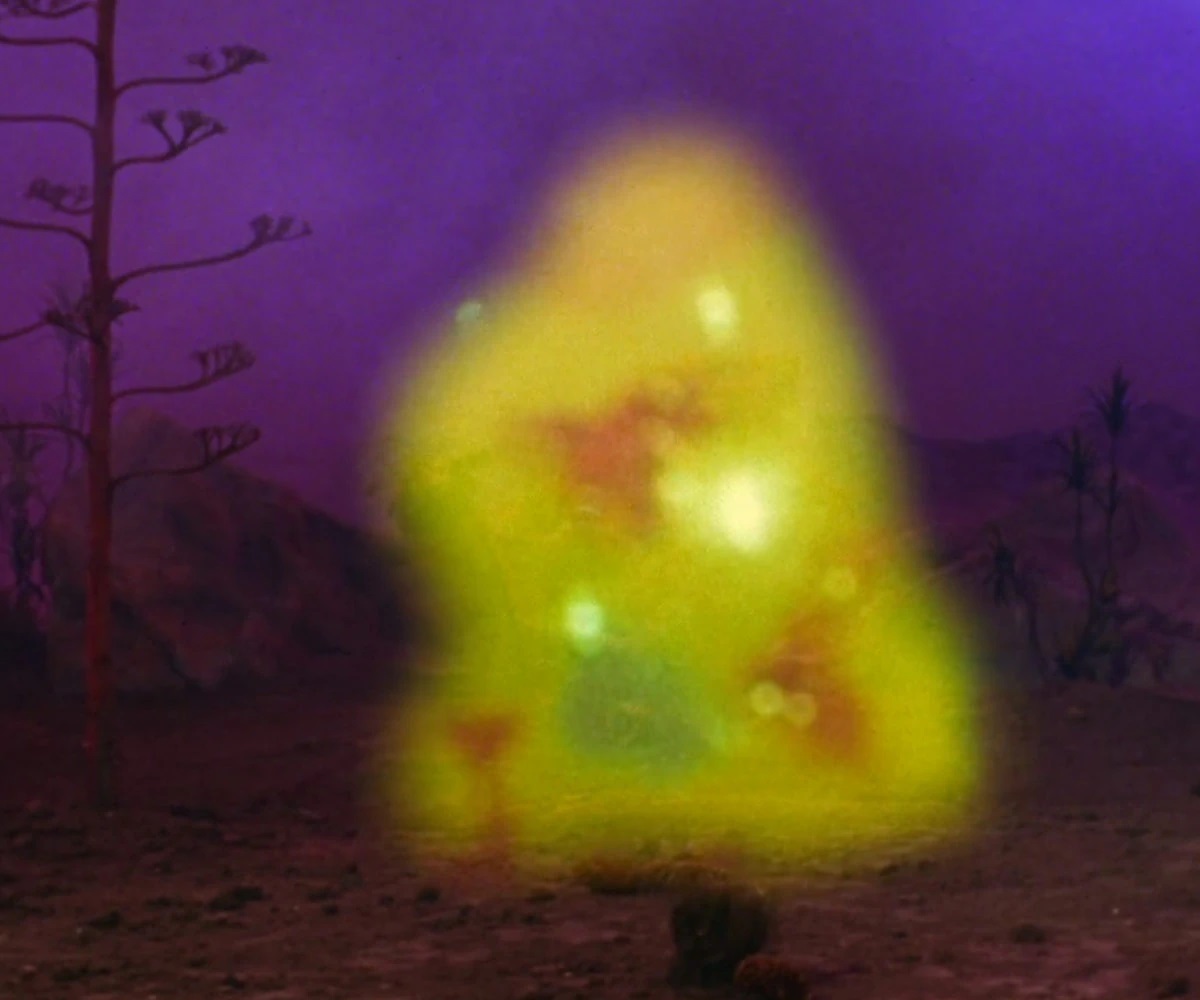 This story appeared on the BBC recently and I was going to post it, but it appears ATS already was aware of it in July, yet we have not had a decent explanation, come on alien overlords make an appearance in 2021

Astronomy: 'Odd radio circles' in the sky a ‘genuine mystery’

originally posted by: MichiganSwampBuck
Radio waves will Doppler shift too, but I suppose you'd need to know what the frequency was to know how it shifted.

Right, and we don't know what the frequency was for radio waves from an unknown source. We know the original frequency of visible light (or red-shifted infrared) from the stars. That's why it matters if the radio cloud can be associated with a visible light structure, like the orange galaxy in the middle of this picture from the article in the OP: 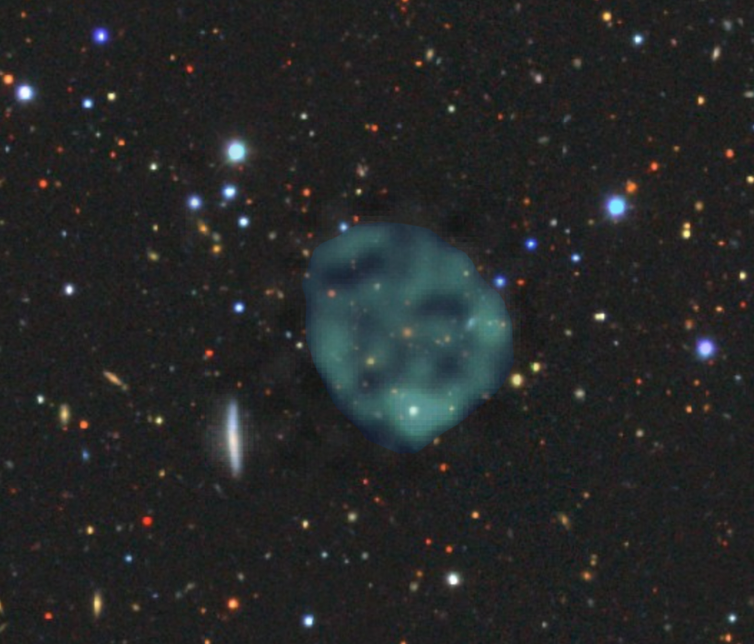 Just wondering if this circle was heading away from Earth or toward it. Who knows? It could be stationary or I guess it may be traveling in any direction from our point of view, left, right, up, down, or any angle in between.

Those concepts are not straightforward in cosmology, where you have to specify the type of motion you're talking about. A distant galaxy's redshift could indicate it's receding from us at two times the speed of light (consistent with the Hubble flow) yet it could be considered "stationary" if its relative motion compared to other galaxies close to it is small (that's called peculiar velocity).

In the case of the orange galaxy at the center of one of the radio cloud pictured above (Is that circular or spherical?), I'd guess it's orange-looking due to red-shift, so the Hubble flow would have it receding, but that tells us nothing about its peculiar velocity relative to, say, its local group of galaxies.

Mind boggling how much involved with such huge distances in what may be an infinite volume of space. Everything is in motion with no single point of reference that is stationary (like a center point). Not to mention how long it took the signal to reach earth, that cloud is long gone now after occurring so long ago.