Its been an awful year but as we enter 2021 and continue our fight against covid, we can take pride in the fact we are doing it as an independant sovereign nation.

P.S: The capital letters were deliberate

Congrats to you all from across the pond. I shall have an extra drink tonight in your honor.

Oh we did, then the puritan ruled parliamentarians banned alcohol, think prohibition along with gangsters and public dislike of the party pooping government but over here and several hundred years ago, our bootleggers either brewed it in hidden places or brought it in over the English channel from the continent.

So the public began to hate the parliamentarian's and long for the good old day's of the sneering inbred royal's because of one single thing, they could drink alcohol, this of course culminated in the Lord Protector Oliver Cromwell being executed, the royals that replaced him then digging him up some time later and once again mock executing him this time beheading, his head then beginning a three hundred or so year journey as a symbol against those who would challenge the royal's.

But of course the new royal's in truth only had the throne they never would have because of Cromwell, still they are well known for being a SANE lot of course.

And the current royal's are nothing - much - to do with those royals whom died off.

They fill an important constitutional role and can be handy so long as we have a monarch that cares about our people.

Once Elizabeth is gone though unless the Succession skip's Charles he will probably spell the end of the royal's simply because most people can not forgive him for the way he treated Diana and even after decades of post death character assassination aimed at her most still love her.

Remember though is a presidential system any better?, I mean they end up corrupt, bought and owned or otherwise not correct.

We do also owe the Queen for her years of commitment toward the commonwealth even often going against the beliefs and wished of her own prime ministers and the commonwealth will be invaluable to us now, with the queen's passing though Australia will undoubtedly declare itself a republic and deny Charles, New Zealand may then follow suit but they have many other royal family's right there among the Maori's so just maybe that will be a little more complicated and they may keep the crown as a figure head out of avoiding the complexity that such disentanglement may cause especially to old treatise.

posted on Dec, 31 2020 @ 03:14 PM
link
a reply to: fusionfilm
It's actually 11PM so only two hours.
Just a pity we didn't make them take their s****e with them,no no let them live here forever when they were the reason most people voted to leave.
Of course the political class don't have to live next to and work with the mostly Eastern European scummy criminal class who are quite open about the fact that they are here to take the piss and milk our countries for anything they can,all while being treated with kid gloves because of the fear of being called a xenophobe or racist.
Makes me sick and we've also got their brats now entering adulthood so plenty more violent criminals up and coming.


free yourself’s from the Crown.

Never. It's part of my life. 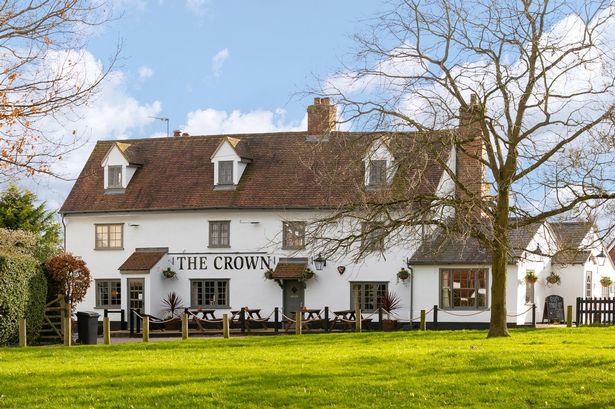 The reason most people voted out was because of the EASTERN Europeans that flooded and took job's even in deprived areas leaving our own kid's with no jobs, the FRENCH allowing migrant's that they are legally obliged to either care for or send back to the first EU nation they entered Europe by or whichever nation they entered France from to instead set up camps across the channel and illegally pour into our nation, to harass and threaten lorry drivers and caravan owners whom were just passing by etc.

We probably would never have voted out except for these factors, that said Brussels is even more corrupt than our own parliament so?, maybe we will be better off.

But still Boris should never have compromised on the fishing those are our waters and OUR SOVEREGN TERRITORY.

REAL ALE by any chance, now I am thirsty thanks for that.


Congratulations! If only you could free yourself’s from the Crown. Well, maybe next time.


The Crown has no power so we are free from it.


free yourself’s from the Crown.

Never. It's part of my life.

A man after my own heart

I have to say, i've always hated the name brexit. Good luck to the UK in their new found independence...seems pretty ironic considering Britain and its history of imperialism... but anyway...you guys coulda picked a less ridiculous name. Brexit sounds like something a child came up with.
edit on 31/12/2020 by dug88 because: (no reason given)

originally posted by: dug88
a reply to: fusionfilm

I have to say, i've always hated the name brexit. Good luck to the UK in their new found independence...seems pretty ironic considering Britain and its history of imperialism... but anyway...you guys coulda picked a less ridiculous name. Brexit sounds like something a child came up with.

Lol nobody cares dude seriously. And the whole imperialism thing was before any of us were born so don't blame us... Furthermore we only did what the vikings, Romans etc done before us.

Lets not drag up the things America has done or any of the other countries in the world that have invaded others. People in glass houses and all that... Today is about celebrating Brexit, not debating Brexit.

Happy independance day bud. A good day to be British

Hey at least some good news.

Unfortunately many of the Globalists planning to take over the world (likely) reside in your country, amongst others.

Their next move - get rid of cash - standardize a global digital currency.

I am thrilled to see the UK exit the EU. The agreement between the EU and the UK does reflect the short space of time it was formulated over. For instance: no uses the Netscape web browser anymore. I am sure there are or will other hiccups along the way. Remember, if the Remainers who tried to stop Brexit, placed their focus on securing a gold plated deal with the EU than these matters wouldn't exist.

Ultimately, Brexit is crushing blow to the legacy of the Labour and Conservative political leaders who dumped their country into the EU's hands.