The first is where they appear to approach from the backside from our view. Look near the 4:30 -5:00 mark 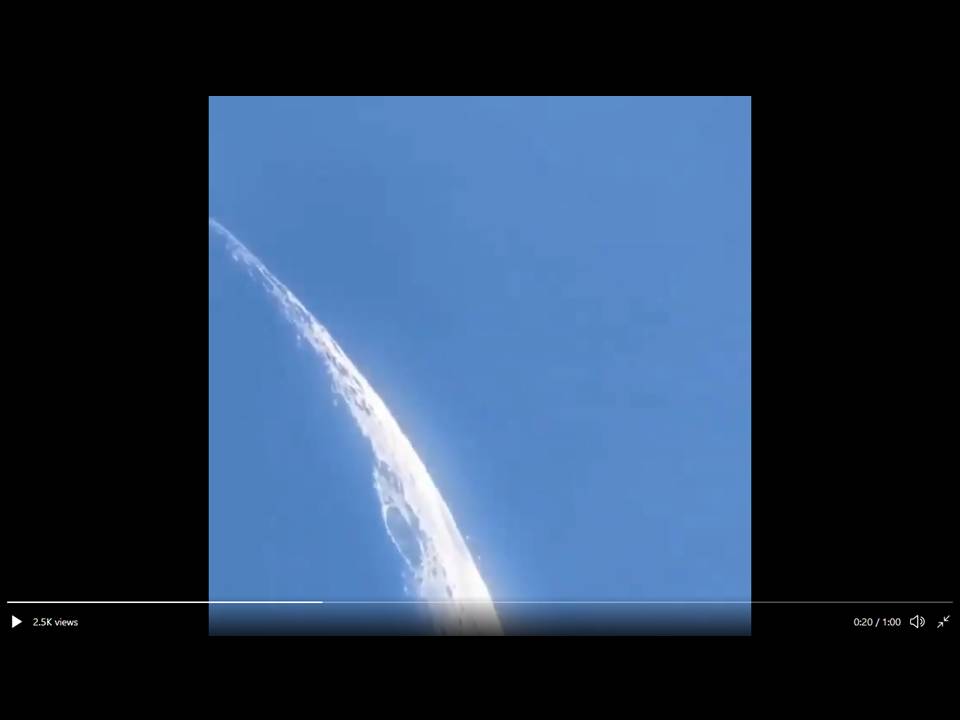 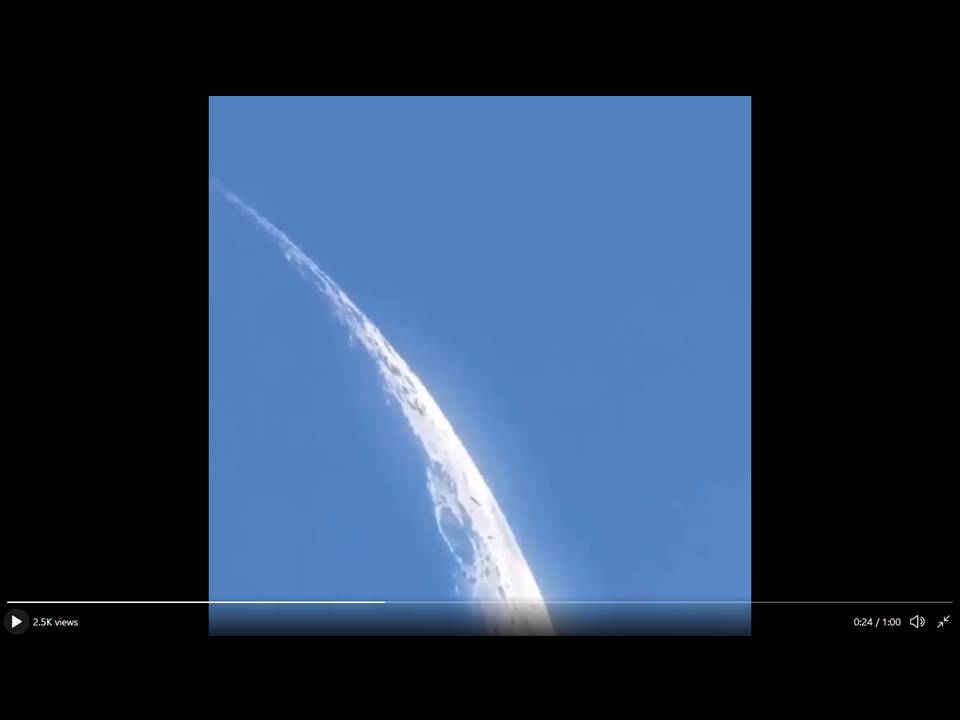 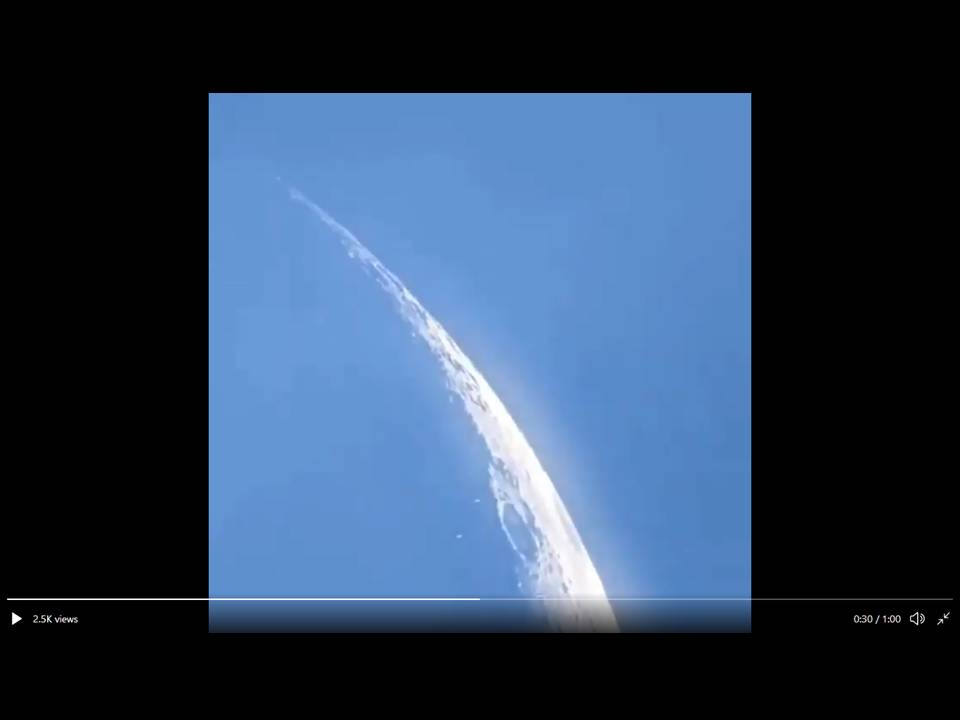 You best best is to just watch the very short clip yourself. It is only 1:00 minute long

I havent posted something like this in a long time after all the lessons on what to look for from years of hanging out here. These I must admit having me scratching my head. You?
edit on 8/3/20 by onehuman because: typo fix


ETA: I just want to add you can see these much better on the actual video
edit on 8/3/20 by onehuman because: added thought

Objects are apparently 10-20km in size, travelling at around 300 000km/h across Endymion crater.

Video below basically debunks it. Quirky, but informative.

Thanks IAMTAT, for you to say that must mean it was worth the time to make the post! I know I sure looked at it all kinds of ways to figure it out, but couldnt. Thrilled to hear you are slightly intrigued!

Man I looked too. No wonder I didnt find it though seeing it was back in April. Maybe others didnt see it then like myself. Now Im off to read those comments, Thanks

The video was taken 4 months ago. Not sure if it's genuine.

If anything it look's too real, you would be talking objects on the order of miles across making very fast orbit of the lunar surface OR coming around the moon to hide in the earth side shadow but if so why pass the illuminated rim of the moon when they could have come around the other side of it.

If they are real they are not ours.

Several different reason's to build ship's on that scale - we can't as far as we know but someone else somewhere may be able to.

Why would they pass so close to the moon and let earth see them, show of force or they simply do not care and regard us as little less than insects, to threaten us to stay away from the moon as if they own it and are waiting for us to die out before they then legally (assuming there are some form of laws in space or among there own race that would prevent them if we were alive) colonize the earth.

They could be bad but we would already be dead, they could be good and defending us perhaps even from ourselves, they could be indifferent or simply isolationist and not wanting anything to do with us.

And they could be from here from someone whom lived here long before us.

Or maybe we are nothing special to them, they may know more about us than we do ourselves or we are so primitive they can't be arsed - until and unless the day come's when we pose a threat, ship's that size and all we can put up is a space shuttle or a pressurized tin can and something that big even a nuke would have difficulty with.

Or they could simply be passing through, who knows if there are other races that far ahead of us then we could even be in disputed territory between there realm's, a no man's land and they could even be the space equivalent of peace keepers or police, just maybe all those UFO's that have supposedly been shot down were not shot down by us?.

OR it could be a clever hoax.

Either way first time I have seen this one and great fun.

Someone good at math could probably figure out there likely size, angle of the sun can be worked out by the phase of the moon visible, angle of the craft at any given moment by how far the shadow is ahead of them, altitude by how long it takes for them to become occluded by the moon's shadow assuming they maintained altitude and were in a circular orbit which they may not have been but if they were, my guess each was several miles across at least.
edit on 3-8-2020 by LABTECH767 because: (no reason given)

Thanks for sharing that video.

(Now to sit back and watch folks ignore that evidence)

Its fake as hell

The guy has one job. I really think we need to demote him to Presidential Aide or something simple.
edit on 4-8-2020 by eyekanseaewe because: (no reason given)

Moon one was interesting btw 👍🏼
edit on 4-8-2020 by FinallyAwake because: (no reason given)

posted on Aug, 5 2020 @ 03:52 PM
link
a reply to: onehuman
For me the big red flag is that the camera zooms in to the specific location, and remains stationary, before the objects are seen. Almost as if the camera operator knew they were about to show. If it was a ufo, they wouldn't be able to catch it early like that, because they wouldn't know it would be there.

Good video, but sad that so many hoaxers render video evidence useless.

I think that is a spot on observation and well grounded reasoning.