page: 1
20
log in
join
share:
Daughter2
+8 more
posted on Jun, 27 2020 @ 11:33 PM
link
I never believed in coincidences. So when Covid lead to the crash of the economy right before the election and was followed by unprecedented riots over something that has been going on for decades, I thought it wasn’t just luck for the Democrats.

But I wondered why they would go to such lengths and then nominate Joe Biden? Someone who added absolutely no excitement to the base and was showing signs of cognitive decline. It didn’t make sense.

Once they started talk of replacing the police with social workers, the dots were connected. They don’t care who wins, they care about destroying normal rights through the concept of “help”. ("They" probably aren't just the Democrats). Once the government does something to “help” instead of punish you, they get to avoid all sorts of constitutional protections.

Police are dangerous. We all had the boss who was a tyrant just because they got a little power. Same thing happens with police but only they can do so much more damage. Sociopaths are attracted to positions like these. This is why we have so many protections like probable cause, right to remain silent, right to counsel, and speedy trial. The police are necessary but have to function under strict guidelines otherwise they get out of control.

But a huge loophole exists: “help for medical emergencies”. If the police find you unconscious on the street, it’s perfectly reasonable to think they can take you to the hospital without your consent. Except they broadened the definition of “medical”, “emergency” and “help”.

The ground work for this was being laid at COVID. The majority of the US was put under house arrest. This could have never been done as a punishment. It probably would not have happened if it wasn’t an emergency and had to go through normal legislative procedures. No one really contested it was an emergency because everyone was scared and a few weeks became a few months.

The definition of “medical” was then expanded very quickly with the riots. The protests were given an exemption because they defined it as a social safety issue instead of a political movement.

Now they want to defund the police and replace them with social workers. Because social workers aren’t the police, they aren’t subject to the same constraints of the police. Most important, they get to decide what political issues get deemed social safety issues because after all they are medical professionals. What we have then created is organization with more power than the police with less oversight.

So back to Joe Biden. Here’s my prediction. He was picked because of his mental decline not in spite of it. There’s going to be some decision made to override the selection by the voters. Whatever is done, it will result in immense power of party leaders to deem the person selected by voters as unfit and allow them to be replaced with the party leader’s selection.

Sorry if this seems to ramble but back in January no one would have believed you if told them politicians were going to make almost everyone stay in their house except people who wanted to riot and protest the police. Yet it did happen and I think it’s only the start.

Look what social workers have done to families, taking child because they have deem the parent unfit. a social worker can recommend that a person be commit, for their own protection of course.

a reply to: Daughter2

They've broadened the definition of “help”


No one said anything when they came after the seatbelts ... 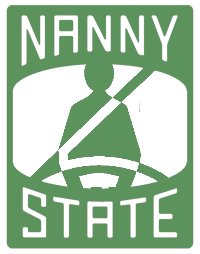 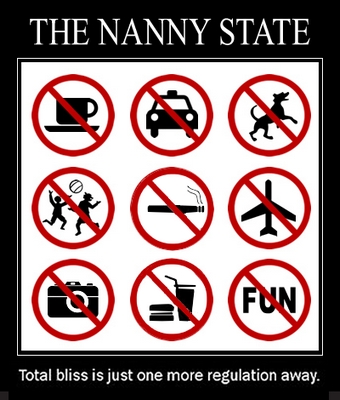 Plenty of us were contesting it was an "emergency"... plenty of us are not scared of the virus...

But I agree that Biden is just holding the candidates place for now so to speak. I'm expecting a brokered convention. At the very least, I expect Biden to resign if elected to allow his running mate to actually hold the office. (If Biden can manage even that! He really isn't looking or sounding well). I doubt anyone is really voting for Biden so much as voting against Trump.

originally posted by: Daughter2
a reply to: Boadicea

Excuse me??? Did you stipulate "legally contest"? No. You did not:

If you failed to speak to your point clearly and specifically, that is on you. Correct your own statement to clarify you were specifically refering to a legal contest. Don't challenge me based upon your uncommunicated premise.

We didn't see it contested by critters because they love the absolute power... we didn't see many legal contests from citizens because most us do not have standing to bring a court case, as we cannot demonstrate person unique harm. And because court challenges cost a lot of money that most people just don't have -- especially if they're losing their job.

I do as well. And it starts with the people expressing their outrage and refusal to accept such actions -- including in posts on the internet -- thus giving the critters in power the incentive to do so.