the consitutional leggitimacy of " CHAZ "

now " CHAZ " has unilaterally declared its " autonomy " - alledgedly setting it aside from the USA and its laws // govt .

" the situation is the perview of the mayor // state govenor "

" CHAZ " is only 6 blocks - but if such declarations are soley the perview of the individual states govenor - hhow much can one declare autonomous ?

its the fook obvious question

so - ludicrous question - if you can ceede - 6 blocks - and its " ok " - why not the entire state - MINUS six blocks - which would rremain as " teh state " and still be bound by the USA juristiction , laws and federal govt

The newspapers here are full of opinion pieces, about how Trump is doing nothing.

Now, after he let it unfold so people can see the outcomes of what the far left is trying to do with your country, he speaks up and suddenly it is not his business.

Did I understand this wrong? Media is reaching new highs of stupidity, people also.

posted on Jun, 14 2020 @ 06:44 AM
link
The autonomous zone. Meaning their own country, nation. Free from the tyranny of government.

Also, they have been demanding CHAZ residents of one certain color give money to people of another color in the zone. www.thesun.co.uk... They also built a "garden" with a sign on it forbidding people of one color from being eligible to eat food from their community garden. Sounds a lot like the beginning of apartheid to me. 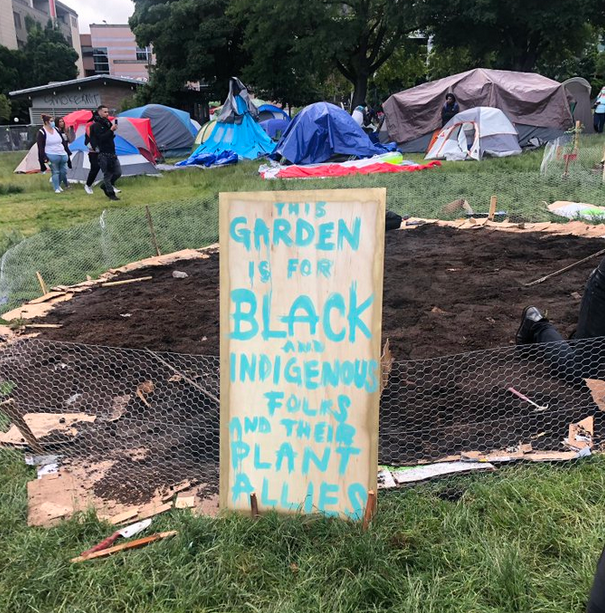 posted on Jun, 14 2020 @ 08:57 AM
link
Who ever runs that clowntown should turn off electricity and sewage disposal to that part of town.

If they think they are a autonomous free state they should provide for those resources them self.

See how long it lasts when the sewage backs up.


All fun and games until the IRS steps in...

Lets not jump to taking 99% of a state just yet. But what about just an entire city?
If we can get away with that then will take two.

originally posted by: scraedtosleep
Were all having a laugh at this but I don't know.

As with most things, the great ideas get subverted into power trips, always, as ever is the case.
THIS IS WHY WE CAN'T HAVE NICE THINGS!!

I think you have to actually earn money to get the IRS attention. Making $3200 a year selling evil eye charms
doesn't require you to file I dont think.