Minority Report - not in the Minority anymore...

posted on Jan, 21 2020 @ 10:54 AM
link
a reply to: Riffrafter
This aint new. Back in the day it was called "criminal profiling". It's just got modern with the computers doing the thinking.

While there is reason to consider that this crack down on human thought might be eminent, your assertion that it will take the Democrats to implement it is sadly myopic.


Democrats/Leftists have adopted a different way of thinking/actioning. And in no way is it good as it is slowly trending to communist/socialist idealisms. Take a look at Bernies campaign with his organizers for one example...

Generally, the right seeks a better way to improve society and that is almost always through the moral improvement of the individual.

By each person doing battle with her or his own weaknesses and flaws.

Now on the other hand...

The left believes that the way to a better society is almost always though doing battles with societies moral failings. Like focusing on combating Sexism, Racism, Intolerance, Xenophobia, Homophobia, Islamophobia, etc. How does one control this without implementing some form of censoring or a "thought police"?

The issue here, is that the left is far more preoccupied with politics and being politically correct.


As Obama said 5 days before the election: "We are five days away from Fundamentally transforming the United States of America".

Now I dont know about you, but "fundamentally" changing anything is never a good idea.

IMPROVING it is better.

America CAN be improved,but should NOT be transformed.


Moral of the story: Fix your own problems before trying to fix a Country. 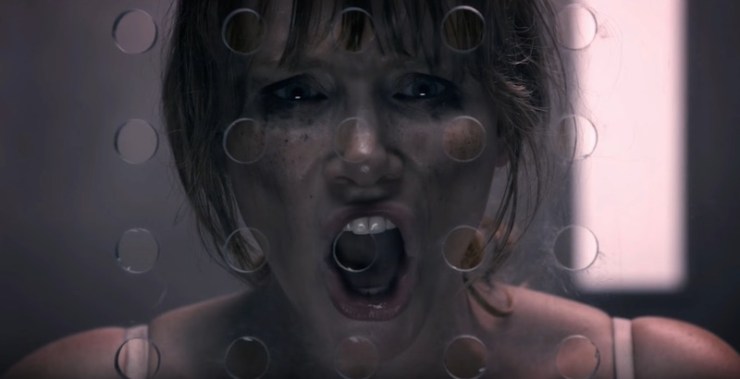 That's BS dude. These problems that we face, we face as a species, not just as Chinese , Americans. or Democrats or Republicans. It's systemic to the aspect of human domination and the authoritarian in our nature. . If you can't face THAT then I don't know what to say.

This thread began as a bipartisan inspection of this issue of arrest on suspected intent established by AI logarithms, a very very valid concern but then began to drift towards blame the democrats. That is too easy and too simplistic buddy.

Could it be that you automatically assumed that in my short reply that I was in some way suggesting that the democrats would NOT use these developing techniques? If so, please read it again. I however, might assume from your reply to me, that you believe that it is only the democrats who would usher in these new techniques. From your overly pastoral description of conservative approach I could gather that you believe that conservatives who rise to power have not ben, are not and would not be subject to authoritarian impulses due to their being individuals who have already overcome their own personal weaknesses and flaws and to that I just have to laugh out loud.

You also offer that quote of Obama's. Fine, take that as you will. But ignoring the fact that this was also a summation of Trumps entire message seems ludicrous.

We need to battle against the forces of authoritarianism. Facing in one direction alone will not save us from that all to threatening future.

originally posted by: CynConcepts
a reply to: The2Billies

I already have chills going down my spine by realizing so many citizens in America believe you are guilty until you prove your innocence! That is the short road to damnation for all!

But a great success for democrats. Misery fuels hatred. Keep your support base feeling miserable, let the hate ensue.

originally posted by: crayzeed
a reply to: Riffrafter
This aint new. Back in the day it was called "criminal profiling". It's just got modern with the computers doing the thinking.


Tech is making it more pervasive. Here in Chicago they have a database that apparently is quite accurate in determining people who are at high risk of being killed in street violence. Of course, it isn't rocket science... just put in the people with prior criminal / gang activity.

We have FICO scores which act as a predictor of your ability to pay back debt.

Thousands and thousands of hours of audio and video as well as internet history and gps locations.

When crimes are committed now, this data is looked at..
As we all said we agree to let others have access to all this

originally posted by: Bloodworth
About 8 years ago everyone with a smart phone is having everything recorded and saved.

Thousands and thousands of hours of audio and video as well as internet history and gps locations.

When crimes are committed now, this data is looked at..
As we all said we agree to let others have access to all this


Great point and not remembered by most.

You know those pages of mindless legalese you scroll thru quickly to get to the bottom and click "I Agree" so you can peform whatever it is you're trying to perform?

One of those is that they can use your data for whatever purposes they deem fit...with a few exceptions.

Welcome to our connected world!