posted on Jan, 15 2020 @ 08:48 AM
link
The Guardian reported the RCMP were preparing to shoot indigenous residents to ensure China could buy cheap gas.


Unfortunately, as a result of the unsubstantiated, incomplete and inflammatory nature of the article published in the Guardian last week, relationships between the RCMP and all stakeholders that have been years in the making, have been damaged and now require rebuilding.

• This article was amended on 30 December 2019. An earlier version described “lethal overwatch” as “a term for deploying snipers”. To clarify, it describes the deployment of an officer who is prepared to use lethal force, who may or may not be positioned as a sniper. An earlier version also included the quote “sterilizing the site” from an RCMP record. The word “the” does not actually appear in the record.

Some of the protesters may have been planning to light burning barricades. 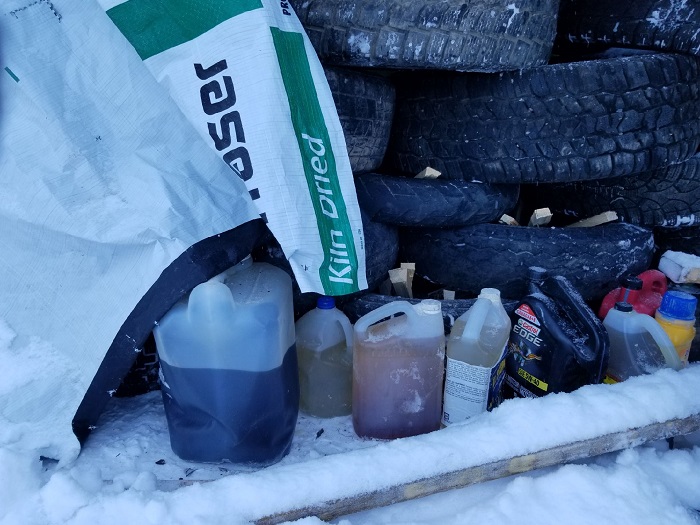 . . . the RCMP has entered into a criminal investigation under Section 247 of the Criminal Code for Traps Likely to Cause Bodily Harm

Now the mounties have set up a checkpoint and are restricting entry to people they approve.


Mounties say the checkpoint is at the 27-kilometre mark of the Morice West Forest Service Road that leads to the Coastal GasLink project.

It says the purpose of the checkpoint is to mitigate safety concerns related to fallen trees and tire piles with incendiary fluids along the roadway.

It must be getting tense in the camp.

RCMP have set up an “exclusion zone” at 27km and are blocking media, Wet’suwet’en people, and food from getting up to our territory.

This is a violation of our human rights, Wet’suwet’en law, and our constitutionally protected rights as Indigenous people.

Last time RCMP set up an “exclusion zone,” they had authorized lethal force against unarmed people.

To many people the checkpoint seems to be a way of keeping journalists out.

. . . the RCMP should not be allowed to stop journalists from witnessing their actions.

The historical use of this land by the native people is proven by signs of harvesting and the use of natural resources. Often this proof is subtle, but it is there. There has never been any treaty ceding this land to the Canadian government. Commercial interests are threatening the lives of the native long-term residents.

posted on Jan, 15 2020 @ 08:53 AM
link
Another example or corporate greed. Never caring who or what is harmed during the process. All they care about is money.


Commercial interests are threatening the lives of the native long-term residents.

There are always options. Natives are often bigots. They can try to transition...racially or genderly. Either way...this problem would be non existent.

I'm really looking forward to fighting a war against you people in the VERY near future. You punks want all of the benefits and privileges that come from being Canadian while accepting none of the responsibilities. It's coming, get ready, sunshine.

I guess Ole Blackface Justin Trudeau is all good with the plan?

Trying to keep his hands clean.

It is quite a situation. The elected tribal leaders/council approved the deal..the hereditary council has recently opposed it, this is what the blockade is about.

A quagmire for sure.

posted on Jan, 15 2020 @ 11:38 AM
link
Can’t Canada just throw money at this problem and make it go away? Regardless, if I had a house in the way of the pipeline the government would have forced me to move a long time ago. There is no reason some human beings should have special rights based on ethnicity.

posted on Jan, 15 2020 @ 11:48 AM
link
Here in Michigan they have started claiming everywhere that people are trying to build pipelines sacred land with Indian burial sites. Heck on our farm in the 90's they were taking out a sand hill and found bones hundreds of years old. Took weeks to straighten it out. T

They had a protest camp near Pelston for the line 5 till the locals had enough of the criminal type showing up for a free place to live.

Didn't Steven Segal make a documentary about this?

originally posted by: Wide-Eyes
a reply to: Kester

Didn't Steven Segal make a documentary about this?

Lol,yes but those were not canadian indians.

This is sooooo 1870's Canada, get with the program, let them open casinos.

The UN tried to put a stop to Canada’s business here, saying it was racist to the natives, yet they’re involved, want the pipeline- they will benefit from it.

There’s a damned war on our resource market 😡

A Canadian First Nations chief is slamming a recent directive from a United Nations anti-racism committee after the organization called for the shutdown of an Indigenous-backed pipeline only to later admit that it did not seek Aboriginal views toward the project.

But in an interview with Reuters published Thursday, CERD chair Noureddine Amir admitted that the committee did not study First Nations views toward the project, saying he “did not know” that most communities supported it.
“I did not know that most First Nations agree on that,” he told Reuters. “This is something new that comes to my understanding.” He further said he did not seek out further information on the project because the role of the committee does not involve investigative work.
UN racism committee calls for halt to Trans Mountain, Coastal GasLink pipelines and Site C dam over treatment of First Nations
Haisla Nation Chief Crystal Smith, whose community has signed a community benefit agreement with Coastal, told the National Post, “I frankly find it condescending to the work the 20 nations have done in the past six or seven years to get the project to where it is today.”

originally posted by: Metallicus
Can’t Canada just throw money at this problem and make it go away? Regardless, if I had a house in the way of the pipeline the government would have forced me to move a long time ago. There is no reason some human beings should have special rights based on ethnicity.

Canada ain't US/China. They are too nice. They can't just print like US or mess with the value of Canuck Dollars like China. Too many sold out to Americans which is turning Canada into a third world. Others can't mess with the Chinese because will be called Fascist or Colonialism, also can't let Chinatown die because we be screwed all over. China = Money, US = Technology. Can't drop one or the other. US takes over = 1984. World will be poking America like the New world colonialism. So any Americans dreaming of taking over Canada will think again.
edit on 17-1-2020 by makemap because: (no reason given)