Scientists 'may have crossed ethical line' in growing human brains

Neuroscientists may have crossed an “ethical rubicon” by growing lumps of human brain in the lab, and in some cases transplanting the tissue into animals, researchers warn.

Have you watched Pinky and the Brain. Well this is like that in a way. Growing human brain tissue in an animal host and creating Chimeras like that is in my view crossing a line indeed. They are making things which might experience human suffering while trapping it for instance in the body of a mouse or a piglet perhaps. We might be entering an era the likes of which this world has never experienced. Not in a good way mind you. Lets lay out the facts on this now before we allow some rouge scientist to make predators with human brains for instance. Like the bemusing Man, Bear, Pig.This might need to have some legal framework imposed around this type of science or we will likely see a real "Island of Dr Marrow".

edit on 11/18/2019 by machineintelligence because: entry error

ManBearPig?
Al Gore are you being super cereal?

posted on Nov, 18 2019 @ 12:14 PM
link
I gotta admit..... The picture I just got in my head of a bunch of deformed, lumpy, deteriorating animal blobs that can speak English and slowly moaning out "KKKiiiiiiiiillllllllllll MMMMeeeeeeeeee" whilst beating their oozy heads against their cell walls during experimentation is........

......... who am I trying to kid, I have a horribly dark sense of humor that only years of therapy will address.

This might need to have some legal framework imposed around this type of science or we will likely see a real "Island of Dr Marrow".

That was a great movie!
Even if there was some legal framework, some corrupt person would come along and use this knowledge for nefarious purposes. It just doesn't sit well for me.

posted on Nov, 18 2019 @ 12:23 PM
link
Who says they have "crossed the ethical line"? Some reporter? Who gets to choose where the line is? Why is growing brain cells any different than growing skin cells? If you could grow skin cells to help burn patients, would that be unethical? How about growing a new pancreas to cure diabetes? Is that unethical?

will likely see a real "Island of Dr Marrow".

That's just it...if it is being done for the good of mankind, then awesome! BUT...I always fear that some mad scientist will take something too far and create God knows what. Maybe I'm just being paranoid, or I watch too many movies with weird scenarios like that.

I say open the doors and let them experiment. Anyone paying attention knows they've been doing this stuff in secret chinese labs for many years- they're learning a lot of important stuff about biology that the rest of the world doesn't know because we consider it taboo. Genetically, they're going to leave us in the dust eventually.

originally posted by: Night Star
a reply to: schuyler
I always fear that some mad scientist will take something too far and create God knows what. 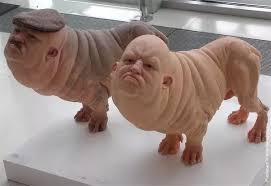 You know someone's already thinking about it when they made these models, but for now, nobody has really done that as far as I know, let's keep it that way. It may not be so easy to define "the line" that mustn't be crossed, but I hope we all agree if they ever make real chimeras like those models, they definitely crossed the line.

They did make embryos in 2017 that were a mixture of humans and pigs, not quite like those models:
Human-Pig Hybrid Created in the Lab


The next big step, says Cheng, is to figure out whether it's possible to increase the number of human cells the embryos can tolerate. The current method is a start, but it still isn't clear if that hurdle can be overcome. 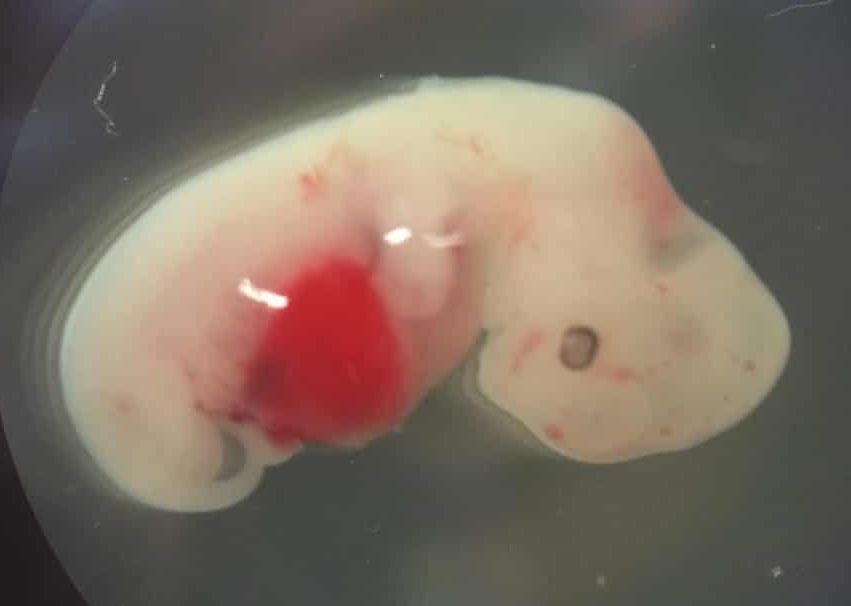 I think pig embryos and human embryos look rather similar at that stage of development so it's not easy to tell them apart but those are mostly pig. Most embryos die in the experiment, and they kill the rest after 28 days so maybe that solves the ethical dilemma? For me it does, though I know some people have a problem with killing embryos. But they plan to put more and more human tissue in the pig embryos, let's hope they know where to stop.

edit on 20191118 by Arbitrageur because: clarification

Hmmmm. I wonder if they're crossing an ethical line? Seems like an open and shut case to me. The tragedy of our time is that no one has a moral compass anymore. If they can do it, they will.

I was about to say something similar...lol

On to the ethics:

What is unethical about growing tissue? Is this journalist/writer assuming that a grown brain is a conscience in some way?

Research like this could one day help us treat or eradicate the most egregious of neurological disorders and diseases. I'm not sure what is unethical about this research.

if they get it from donors, and then they can somehow make organs from it, for transplants?
the worst of course, is they kill that animal to host the organs.
hopefully they will eventually find a workaround to that.

the human organ traffiking going on in izreal and china is out of control.
those with the deepest pockets get those organs.
so anyway to stop that i am for.

posted on Nov, 18 2019 @ 02:22 PM
link
whose line though? Scientist are the forerunners of science and the only authority on it.

You may know 535 close friends, but I know of almost 24.6 million strangers who definitely need one.

originally posted by: Night Star
a reply to: lordcomac

Or just ordinary humans with their brains stuck to their android phones..

originally posted by: blueman12
a reply to: lordcomac

Yes.
Knowledge is power, and we are a stupid species.
We're destroying the only known planet we know of that we can survive on because we act like locusts...
Instead, we could act like we give a # about the future of our species and learn as much as we can about our own biology.

Unfortunately, the feels get in the way and we wind up making dumb rules for ourselves.

Communist chinese government doesn't care about your dumb rules. Russia doesn't either, but china also has MASSIVE amounts of resources and censorship- they could have a half a million scientists working in underground secret government labs and we'd only barely know what they were up to. They can take people into the back room and shoot them at will, which makes it easy to keep secrets.
Almost like they've got a "public" and a "private" opinion on things.

Now I don't generally make a stand on ATS, so I'm only going to say this once- This isn't about ethics and empathy. I'm not saying they're right, I'm just saying they are on the right track to not only total world domination, but also to survival when the rest of us have died from the resource problem we've created.
Successful total genetic manipulation solves a LOT of very big problems we've got.

There's a reason human experimentation isn't uncommon in our scientific history.... it works.
How many years ago was it unethical to embalm a human body? To dissect one? Now it's a practice medical students take part in.
If we survive another century, we'll be engineering custom life to do pull it off- and replacing ourselves with a generation of improved biology.
It wasn't so long ago you couldn't get a heart transplant. Soon you'll be born with one that lasts twice as long... but we won't figure out how to do that by avoiding the topic because it's uncomfortable. Someone has to know how the sausage gets made, or we run out of sausage.

Thanks for that correction as it was chilling me to my marrow ... and "rouge" was probably meant to be "rogue," or at least I hope so.

It doesn't take a language fascist to fear for the future in general ... and majorly.

Ethical lines are arbitrary and drawn in ethereal sands. Since nothing is really impossible given enough mind and elbow grease, then the future will have potential for hellish scenarios of human consciousness of some stripe inserted into any frame conceivable (and presently "in").

I just hope that after shedding my current mortal coil, I don't awaken into being a next generation battle tank ...or worse, a "smart" toaster destined to toast for brain-dead simple folk with little-to-no taste.

Maybe we'll get lucky and develop an AI for empathy?