Listen Up - The Three Types of Socialism

Professor Wolff discusses the three basic kinds of socialism as anti-capitalist ideologies grow in the U.S. ...

Prof. Wolff lays out the importance of grasping key differences among the alternative kinds of socialism.
The first half of the show is an examination of those differences among (1) the moderate or "democratic" socialism ( a la Scandinavia), (2) the communist kind of socialism (in the USSR and People's Republic of China) and (3) the new socialism focused on democratizing the workplace.

The second half of the show focuses on how doing better than capitalism will require deciding which of these three kinds of "socialism" (or what combination of them) will be a better economic structure for the masses.

One result of Socialism....

At least for the masses. The political elite will be just fine, the rest of us get to live off what they decide is good enough.

I choose D, none of the above.

2 - SSI contributors (most every American) and remaining generation of recipients

From the economist: (a right of center publication):

Of late the world’s older democracies have begun to look more vulnerable than venerable.

America seems destined for a constitutional showdown between the executive and the legislature.

Brexit has mired Britain in a constitutional morass of its own.

Such troubles could be mistaken for a comeuppance.

In recent years political economists have argued that rising inequality in the Anglo-American world must eventually threaten the foundations of democracy; a book on the theme by Thomas Piketty, a French economist, has sold well over a million copies.

That argument channels a time-worn view, held by thinkers from Karl Marx to Friedrich Hayek, that democracy and capitalism may prove incompatible.

Maybe they are both on to something.

Introduction only - rest of article behind paywall.

which of these three kinds of "socialism" (or what combination of them) will be a better economic structure for the masses.

Socialism is all about what's good for the masses disregarding the Rights of the individual.
edit on 9/13/2019 by Blaine91555 because: (no reason given)

Socialism Fails.... that is fact. I am getting real tired of "people" trying to flush the country down the drain with this ideology.

Also, the only ones who quote the "Nordic model" are unfamiliar of the REVERSAL that occurred (or just want to lie about it).

Poverty rates in Sweden are very low compared to the U.S. This is largely because Sweden was committed to ensuring full employment

Luckily, instead of "doubling-down" on stupid, they reversed course. Hint: Socialism Failed and they reverted back to capitalist values.


Scandinavia’s hard-left turn didn’t come about until much later. It was in the late 1960s and early 1970s that taxes soared, welfare payments expanded, and entrepreneurship was discouraged.

But what emerged wasn’t heaven on earth.

That 1976 story in Time, for example, went on to report that Sweden found itself struggling with crime, drug addiction, welfare dependency, and a plague of red tape. Successful Swedes — most famously, Ingmar Bergman — were fleeing the country to avoid its killing taxes. “Growing numbers are plagued by a persistent, gnawing question: Is their Utopia going sour?”

Sweden’s world-beating growth rate dried up. In 1975, it had been the fourth-wealthiest nation on earth (as measured by GDP per capita); by 1993, it had dropped to 14th. By then, Swedes had begun to regard their experiment with socialism as, in Sanandaji’s phrase, “a colossal failure.”


Sweden has been repealing its welfare state post-crisis. Norberg says the country has become "successful again, but only after a new reform period, with more deregulation and free trade than in other countries." Taxes have been cut, school vouchers allocated, and the pension system partially privatized as Sweden distances itself from its welfare-state past.

Sweden and the other Scandinavian countries have experimented with very big government and semi-socialist ideas. There's just one problem: That experiment coincided almost perfectly with the region's only sustained period of economic decline over the last 100 years.

Sanders' image of Scandinavia is just like the rest of his policies: stuck in the 1970s. Until that decade, Sweden and Denmark had grown much faster than other European countries and had become richer than most other countries on the planet, in large part by limiting government and embracing markets.

Do you know why that is?

Democracy is simply people voting on what they want without necessarily having regard for the law. If the law doesn't protect a market system which is what capitalism is, then it will end up incompatible.

And it has long been said that as soon as people discover they can vote themselves into someone else's pocket, our country is done.

Thou shalt not steal, but if you allow legal theft through the government mechanism, then the end is inevitable from there.

So is this a necessary rebuttal to the constant references by socialisms detractors, to the failed and failing examples known today?

Varied systems within any ideology are to be expected, its the over-riding common element that holds over-all sway on the inevitable result.


which of these three kinds of "socialism" (or what combination of them) will be a better economic structure for the masses.

Socialism is all about what's good for the masses disregarding the Rights of the individual.

Who decides who the masses will be. Will there be ethnic and ideological cleanings that have occurred in most socialist countries of Russia under Stalin to China under Mao. These kids and I say kids don't know what they are dealing with, they did not grow up with the real historical socialism but the brainwashing of educational institutions.

The currency of choice becomes power. A two class system with a fake middle class made up of party insiders is the inevitable outcome. The only path to wealth (power) is political. The only Rights are those allowed by the ruling elite.

Socialism is a life of just enough for the masses and a life of luxury for the ruling elite, with a few bones tossed to their lapdogs. It will always end up that way because - humans.

posted on Sep, 13 2019 @ 04:40 PM
link
I find it odd that so many European countries, essentially socialist have a higher standard of living than the US.

Hmm... Does it Come in Chocolate too ?

Democracy and Capitalism can not coexist...I like that, bc it is true.

Thank God we are a constitutional republic.

originally posted by: olaru12
I find it odd that so many European countries, essentially socialist have a higher standard of living than the US.


See that is a matter of perspective. If your dream is being rich in a 800 ft sq foot house then maybe. I prefer my 3,600 sq foot house on 6 acres.

The study did not include the United States or other high-income capitalist countries in the comparisons because there were no equivalent socialist countries, the researchers said

I may be wrong, but I think we are discussing actual socialism and not European hybrids by using selective data.

You laissez faire capitalists are so funny. One slight shift to the left and the sky is falling down. One or two billionaires in this country own 60% of the wealth. It will be a long time before socialism ever matters.

The people with all the money sure complain a lot. Taxes can't be all bad because the billionaires keep getting richer and richer. As this video shows we are as about as far away from communism as we can get and still have a currency worth any shred of value:

Wealth inequality is crazy out of proportion I am amazed we have government at all in this country! Marx always said laissez faire capitalism is always followed by communism. This is because unfettered greed would result in the government's currency collapsing to nothing in value as it is concentrated into fewer and fewer hands. And once the government's currency collapses to nothing in value the people in the breadlines will demand MORE government not less. So our current system will eventually fail and people will be literally begging for communism.

The problems with our country are not rocket science. The billionaires pay the lobbyists to force the politicians to pass laws creating cartels and monopolies in exchange for campaign financing. And with the Citizen's United ruling, the Fed can print any amount of money to ensure only candidates favorable to the Federal Reserve ever get elected. So the American worker making the median wage is screwed! We will always be in debt. Wages are price fixed by big corporate data analytics. Scarcity is engineered into the system. This is all by design.

I think George Carlin said it best. It's called the American Dream because you have to be asleep to believe in it:

You anti-socialist types are really just a bunch of commies trying to bring about the collapse of the dollar! Otherwise, wealth inequality would be a major concern and you would be advocating rebuilding our commonwealth so the worker making the median wage wasn't so exploited. This country is only as strong as it's work force.

THIS IS NOT STRENGTH:

10, 20, or 30 years from now economy collapse is inevitable. People are just way too greedy to share the wealth and prevent the collapse. 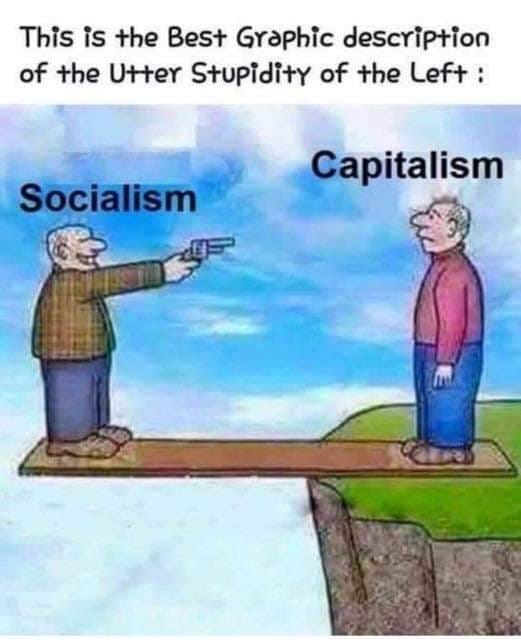