In your ridiculous claim of plasma. How was the plasma created, to attack what components, to get them to fail by what mechanism, with how many structural components attacked over what amount of time?

originally posted by: Salander
I watched the most interesting video.

I would like to hear you “evidence” of nukes at the WTC?

And your opinion on the surviving family members that lost loved ones on flight 77.

a reply to: Salander

In your ridiculous claim of gravity 'collapse'. You can VERY CLEARLY see the complete upper floors impacting lower floors 29-23 (respectively), indicated by arrows on the left. I mean how more obvious can it be? 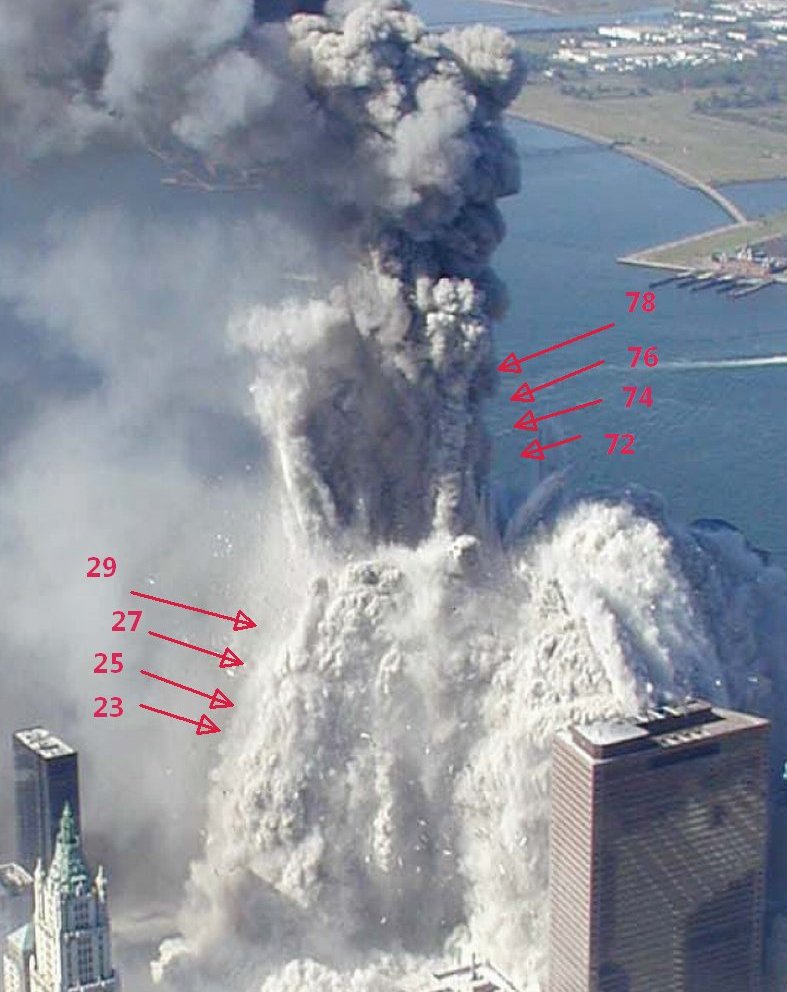 I wrote a post once called "Where Did the Computer Towers Go?" Look it up.

In it I wondered where all the computer towers went. I've been involved with computers my whole adult life. So I know that computers circa 2001 were in heavy duty steel cases, not like today. And not everyone had new computers either, for that time, some were older, year 2000, 1999, 1998 etc. All steel cases.

There was probably a computer on or near every desk. But firefighter says he never seen one...

That he didn't see ANY is very suspicious.

As well they didn't find any filing cabinets except this ONE:

So, no computers or filing cabinets "of which there should have been THOUSANDS."

Now they don't find those things in other gravity collapses because all the loose stuff gets removed beforehand. On 9/11 there was no time to remove anything, but they were 'removed' *somehow* because they're not there!

After the 9/11 attacks, international investigations were launched into financial transactions that seemed to indicate foreknowledge about the coming catastrophe.1 For its part, a technology firm named Convar, located in Pirmasens, Germany, had been tasked by the U.S. Department of Defense to restore data on damaged hard drives gathered from the ruins of the destroyed WTC skyscrapers. These investigations stemmed from suspicious and untracked transactions – up to 100 million dollars – carried out using WTC computers right before the attack, pointing to foreknowledge of the total destruction of the evidence.


Case Convar: Evidence of Foreknowledge of the 9/11 Attacks

There is some information out there about some of the hard drives that where recovered and analyzed. It fits the rest of the inside job in which 9/11 was allowed to to happen by the US authorities and subsequently covered up and not properly investigated.

There was one thread on ATS not too long ago that released the source of the put options with the airlines linked backed to a C_A front bank. Who else would have the power to try and cover up the money trail?

Richard Andrew Grove is one to look up for some of the inside leads going on. He should of died that day along with many other whistle blowers that that had a meeting held in one of the the top stories of the buildings that day. He got caught in traffic and was luckily late that day. The head of that meeting teleconferenced in.

edit on 28-9-2019 by kwakakev because: Why Richard missed the meeting

The fires resulted in heating up the floor system and trusts stripped of fire insulation. The floor trusses still boxed in at the inner and out columns could not expand in length. That resulted in them bowing downward. When they cooled. They contracted. They pulled on the outer columns to cause bowing on the floors hit by the jet.

Once the bowing was great enough, the load of the upper 20 floors was no longer transmitted to the foundation. The load was “caught” in the bowing, and initiated collapse with no signs of explosions or balls of plasma by buckling the columns.

The upper part of the building fell into the building below. The falling mass bent or sheared floor connections.

The falling mass stripped the floor systems from the vertical columns.

The columns fell last, and only toppled in the wake of the floor system once the vertical columns lost lateral support.

The columns were not cut. The towers did not fall through the path of greatest resistance as Richard Gage Claims.

Not sure what your ranting about? The American Welding Society documented the recover and examination of thinner metal objects like floor connections.

Your video and you

The individual in your own video stated everything was pulverized in the collapse of the building at 2:28. Is that false.

Oh my gosh. Another conspiracist ignoring context and ignoring a whole statement.

I am unsure what part of the recover your talking about. But the WTC debris pile did smolder in a moist toxic soup for three months from the fires being trapped in the collapse resulting in a process similar in how charcoal used to be made by burying a wood fire.
edit on 28-9-2019 by neutronflux because: Added and fixed

Do you really think it is appropriate to compare a bricks and mortar building to a steel and concrete one?

You tell me. Your the one trying to state a 110 story building full of fire insulation, ceiling tiles, years of dust, dry wall, and 4 inch thick lightweight concrete floor slabs backed by metal sheeting made too much dust.

What Was in the World Trade Center Plume? [Interactive]
Ten years later, what exactly residents and rescue workers were exposed to remains at least a partial mystery
By David Biello on September 7, 2011


Ten years later, no one knows what was in the cloud of gases released by the combustion of all that jet fuel and building material but science has revealed what was in the dust—cement, steel, gypsum from drywall, building materials, cellulose from paper, synthetic molecules from rugs, glass fibers and human hair from the long decades of the two towers' use, among other items. "The [World Trade Center] dust held everything we consider near and dear to us," wrote Lioy, who carried out the first such analysis, in his book Dust: The Inside Story of Its Role in the September 11th Aftermath (Rowman & Littlefield Publishers, 2010).

There may indeed have been some computers that survived the destruction, just as there were a handful of survivors found in a single stairwell etc.

There were rumors of strange transactions, put options, foreknowledge and people perhaps suspiciously not showing up for work that day. I haven't looked into any of that.

It seems better to me to go with an eyewitness who relates his own account of what he saw, that he 'couldn't find a desk, chair, computer or door' etc.

That's not a rumor that's one person's direct experience being expressed.

That is not to say there wasn't any strange transactions going on which you point out.


Do you really think it is appropriate to compare a bricks and mortar building to a steel and concrete one?

No. I am just looking at the facts. 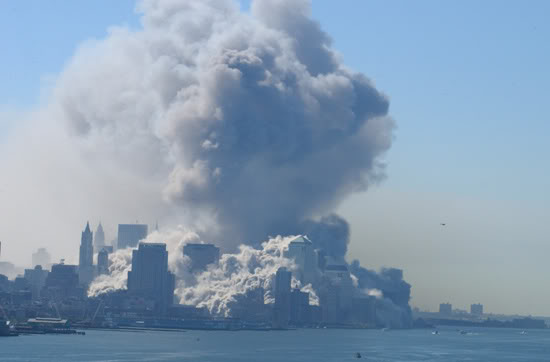 For the people cleaning up the mess I do not disagree with what they saw and said. The hard drives that where recovered where damaged quite bad, why they got shipped off to Germany to try and recover what they could. When you get to to point that things do not add up the next question is what does add up. Follow the money is always a good starting point in trying to uncover what did take place.

Hallibutron is a big warning as Richard Cheney got to privative war from these events.

What facts. You just post pictures with no context and ask questions with no understanding what your asking while ignoring what is asked of you.

Middle picture of section of outer wall that tumbled and fell outward with broken welds and no visible effects of etching/erosion due to a blast working on the metal. No sounds of detonations from the collapse of the WTC with the energy to propel wall segments.

Bottom picture continue. What does the collapse of a building on fire resulting in smoldering debris pile have to do with proof of detonations to cut steel columns?

Would you cared to quantify the roar of the collapse in some way? Like state how loud the collapse was in decibels? Compared to charges with the force to cut steel columns would be around 130 db? If the collapse of the towers was 110 dB, a 130 dB detonation should still be a hundred times louder. Is that false.

Then there being no seismic evidence of detonations cutting steel columns.

There is collapse video of people talking during the WTC 7 collapse where the conversation is heard despite the roar of collapse. People talking in the video where others had to point out to the person speaking to the camera the collapse had started.

There should be very distinct sounds of detonations echoing about manhattan before the collapse even began.

In the linked to video above, detonations can be heard setting off while the building is collapsing. Is that false.

I don't, but there are a few that survived before getting shipped off to china for reprocessing.

What happened to the remnants of the World Trade Center? 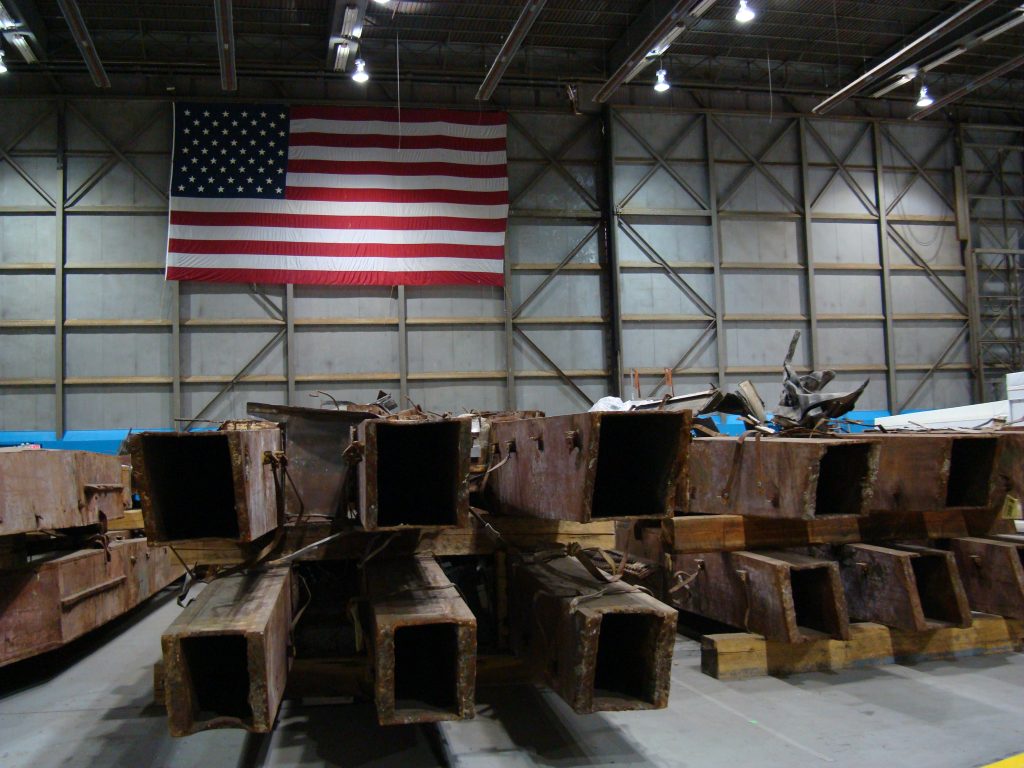 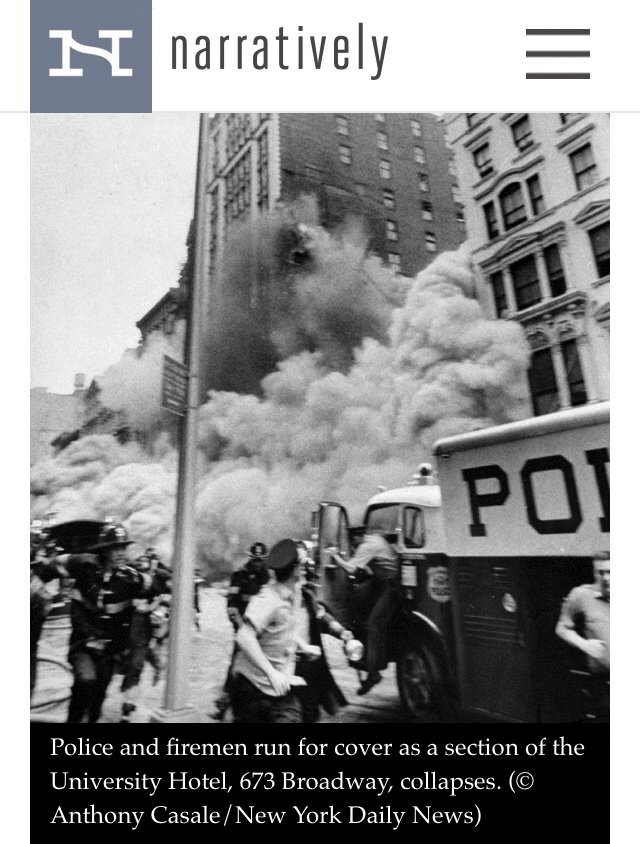 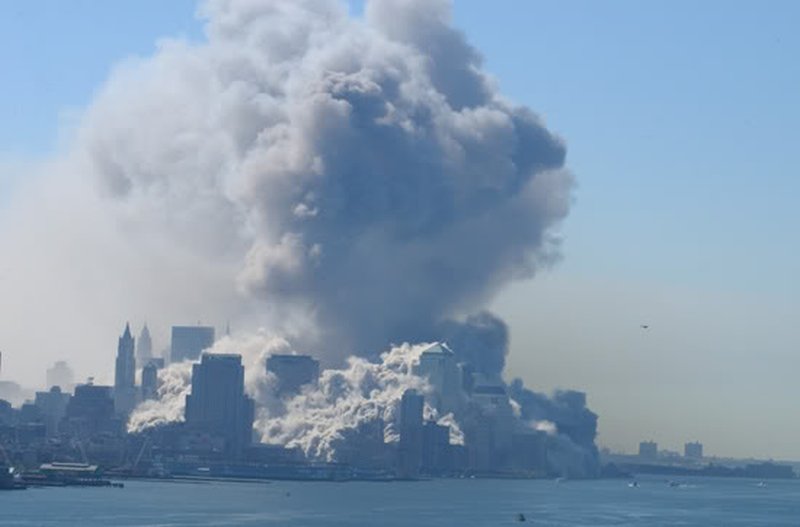 No you don't. The thought that it took months of preparations to demolish the WTC buildings is too much to comprehend. The though that the US government planned, prepared and executed the events on 9/11 is just too much too consider. Why would the government want to kill it's own population? It does not make sense to a reasonable person.

When Trump says he wants to drain the swamp we are not dealing with reasonable people. We are dealing with psychopaths who do not care about you. They only care about themselves.