Recent Ogopogo Sighting in the Okanagan

page: 1
45
<<   2 >>
log in
join
share:
Sonder
+18 more
posted on Jun, 13 2019 @ 09:32 AM
link
Hello ATS, just saw this article this morning and didn't see it posted so I wanted to put it out there for everyone. There was sighting of the elusive Ogopogo (Canada's version of the Loch Ness Creature that has been seen periodically in and around the Okanagan lakes for years) that happened at the beginning of June.

A south Okanagan man is convinced he’s captured the most conclusive piece of evidence yet of the legendary and elusive lake monster in the Okanagan known as the Ogopogo. Jim La Rocque was enjoying his mother-in-law’s lakefront property with his two children in Kaleden, B.C. on June 1 when he says he noticed an inexplicable wake on Skaha Lake. “All I heard was like a swooshing sound, swoosh, swoosh,” he told Global News. La Rocque scrambled to record the mysterious ripples breaking through the lake’s glassy surface. His son was wading on a paddle board nearby. “Eventually he turns and sees a flipper come out of the water and hit the water, and that’s when he… turned around and started coming back in,” La Rocque said.

Personally, though I find the video intriguing I wouldn't exactly call it definitive however it is one of the more interesting videos I've seen. I haven't had any experiences like this personally (I'm Canadian and live a few hours from the Okanagan) but I do have a number of friends who either live or grew up in the area who can attest to some pretty strange experiences while out on or in the water.

I have a hard time with the overturn theory presented by the environmental scientist farther down the article as I've seen that phenomenon a number of times and I've never seen it look like that, but I don't know.

This is awesome - thanks for posting! My mom was born in Kelowna and my great uncle built the statue that sits by the lake so I've always had a special interest in the Ogopogo. Really interesting footage I'd like to hear an "experts" opinion on it.

Here's the statue - not sure how anotomically correct it is 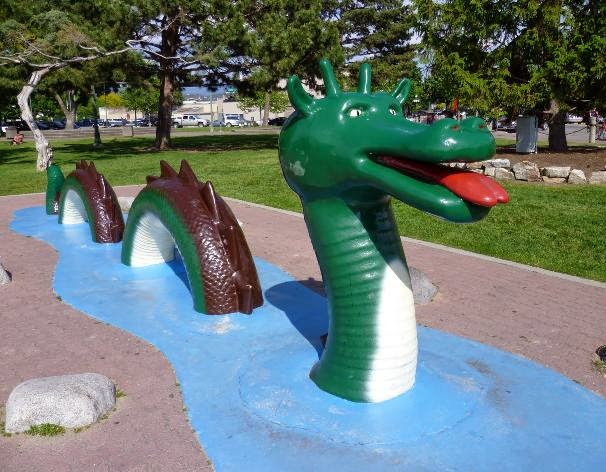 posted on Jun, 13 2019 @ 11:26 AM
link
Damn! That has to be one of the BEST captured footage of a possible sighting of the mysterious creature.

Can clearly see it has multiple fins in the back

Thanks for sharing! That was cool.

Lucky it didn't eat that little dude on the paddle board! 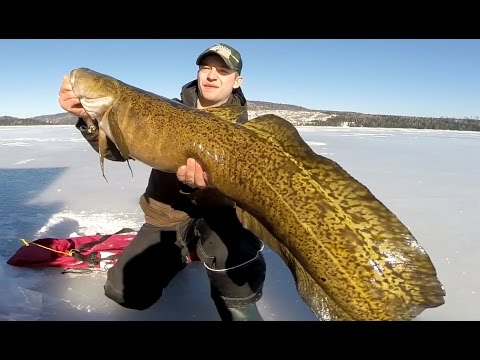 "When spawning, many male burbot gather around one or two females,"
edit on 6/13/2019 by Gargoyle91 because: (no reason given)

posted on Jun, 13 2019 @ 11:53 AM
link
That's one brave kid sitting on the paddle board next to it. Guess he figured it was going away from him. But they need to interview him since he was so close.

Why did they not show the entire film together, to where it disappears? And if they did, why did he stop filming?

posted on Jun, 13 2019 @ 11:56 AM
link
Very interesting footage, not sure if Burbot swim in line with each other, anything is possible though.

originally posted by: spiritualarchitect
One Youtuber says it's "more realistic than a sober Nancy Pelosi"!


Youtube comments are funny sometimes, no doubt..I wish they could leave the god dammed American politics out of EVERY damn thing.
edit on 13-6-2019 by vonclod because: (no reason given)

originally posted by: KameHameKina
a reply to: Sonder

Interesting! So that one to me looks more like what I'd expect to see (and have seen) when you're dealing with the 'overturn' thing. You'll have different layers of water that are at different temperatures, passing by each other and creating a ripple/disturbance on the surface that looks very much like that.

I'm having a hard time writing off the original one from a couple weeks ago as simply that though. To me it looks completely different. Undulating bumps with what appears to be flippers that are moving independently and creating their own splash/disturbance in the water..?

Definitely one of the more compelling videos I've seen on this topic.

To bad all the guy had on him was his cellphone, they don't make the best cameras.

What was hilarious that so called scientist trying to make up a half assed theory he couldn't look straight in face of camera,just like celebritys,if I want to hear them I'll turn on a TV set,but not likely,I'm hoping people are waking up to the fact that science by the book is just that stray from book considered all sorts of things none good,since the British took over the US,they re wrote the true history,very obvious that strange creatures do exist,strange vortexes,all we get are 3rd grade assine answers

originally posted by: Gargoyle91
Bet it was just a few Burbot Fish swimming in a row at the surface ..

"When spawning, many male burbot gather around one or two females,"

Spawning season for burbot is from December to March, this video was captured in June. However, it could very well still be a burbot swimming in a straight line.

I remember looking into Loch Ness sightings, and a few times the water there had the same wave formation or similar depending on the profile or shape of the lake.

The Okanagan basin and lakes sure look like a prime candidate for strange wave formations.

Look at how long I am and how many humps I have. I swam near the shore and exposed myself to record for no apparent reason.

It had to go find its brother or sister to not go extinct.