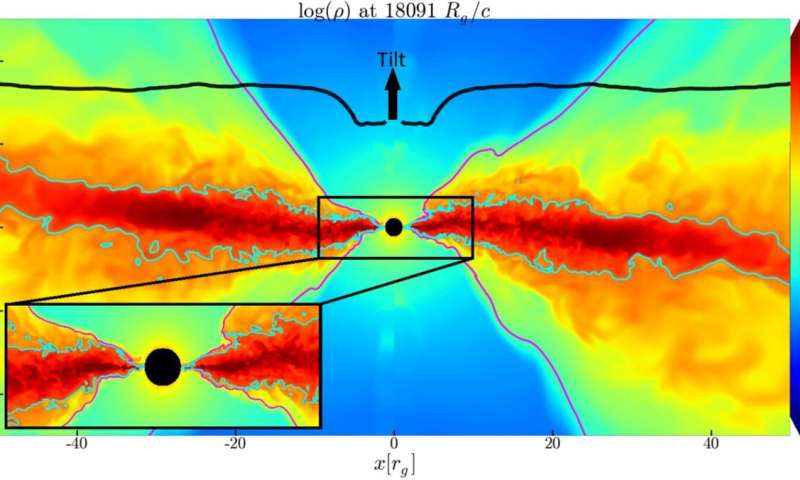 Using a supercomputer and some custom-built code, an international team of researchers has created the "most detailed" simulation of a black hole proving a long-standing theory that has puzzled astrophysicists for 45 years.

The theory, first published in 1975, posited that the inner-most region of a spinning black hole would eventually align with the hole's equatorial plane. While that may seem somewhat confusing and inconsequential, how this region is warped by the black hole can have huge effects on entire galaxies.
CNET

Three cheers for nerd victories!
This particular conundrum had do with calculating the turbulence within the accretion disk.
The processing power available had not been enough until just recently.
This opens up many new doors for the future of simulation and its capabilities!
Will we one day accurately predict weather far in advance?
And also, it deepens our understanding up the gravitational effects in and of a black hole, furthering our understanding of the whole soup of things in general. Perhaps not the find of the century, it's nevertheless another milestone on our path to the stars

An international team has constructed the most detailed, highest resolution simulation of a black hole to date. The simulation proves theoretical predictions about the nature of accretion disks—the matter that orbits and eventually falls into a black hole—that have never before been seen.
Among the findings, the team of computational astrophysicists from Northwestern University, the University of Amsterdam and the University of Oxford found that the inner-most region of an accretion disk aligns with its black hole's equator.

This discovery solves a longstanding mystery, originally presented by Nobel Prize-winning physicist John Bardeen and astrophysicist Jacobus Petterson in 1975. At the time, Bardeen and Petterson argued that a spinning black hole would cause the inner region of a tilted accretion disk to align with its black hole's equatorial plane.

After a decades-long, global race to find the so-called Bardeen-Petterson effect, the team's simulation found that, whereas the outer region of an accretion disk remains tilted, the disk's inner region aligns with the black hole.
Phys.org

Actually, there is also a SECOND black hole news item I had to share, but I dont feel like spamming the Space section so here it is as a bonus:
The Milky Way's Monster Black Hole Has a Cool Gas Halo — Literally 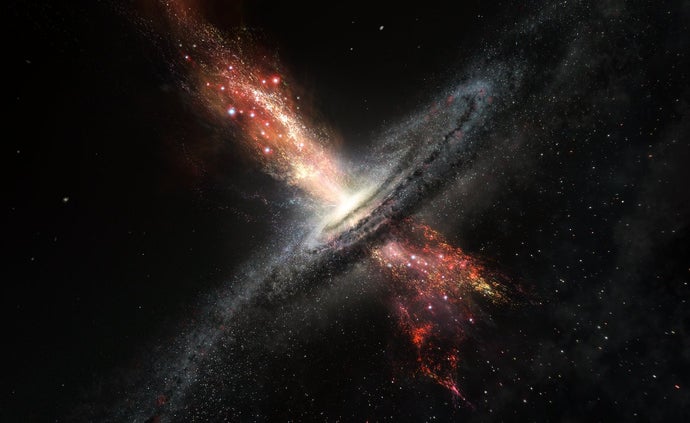 What a busy year in news for these mysterious galactic neighbors!

I don't see how this is an earth shattering discovery, the accretion disk (or region) always aligns with the equatorial plane (area of highest velocity) of a spinning (Schwarzchild) black hole. Any other position for the accretion disk and inner region would be counterintuitive. Next we will hear that they have proven matter has weight because of mass, combustion engines run because of explosive expansion and there's a new thing on the market called the wheel.

Soon they will bring out another amazing discovery that galaxies are spiral generally because of Coriolis effect, the universe has a high probability of being a singularity with a relative schwarzchild radius of around 13.7 billion light years. Do a little research, the earth would have a diameter of less than an inch and the sun less than 4 miles.