Hundreds of British teenagers are being sent by their parents to East Africa to avoid knife crime in the UK, representatives of the Somali community say.
. . .
Of the 100 people stabbed to death in the UK so far this year, 8% were of Somali heritage, according to the Rise Projects which works with young British Somalis in north London.
. . .
One mother who had sent her child to Africa told him she could now sleep at night, because she knew any police sirens she heard were not for her son.
. . .
One of the things I'll never forget, is the fact that when you walk in the streets in Kenya you don't have to look over your shoulder.
. . .
The Foreign and Commonwealth Office (FCO) advises against all travel to Somalia, including Somaliland, and highlights a heightened threat of terrorism and kidnappings, across Kenya.

But Amina sent her 15-year-old son to Somaliland, when she was worried about the new friends with whom he was mixing.

In his year there, she says he became a studious child again.

He had even wanted to stay in East Africa.

But within 17 days of being brought back to the UK in November 2018, he was stabbed four times.
. . .
estimates that out of every five Somalian families, two are taking their children back home.

Dr Fatumo Abdi - a mother of Somali origin - said parents were struggling to know how to react to knife crime.

"This is not something they've encountered before. But we know living here in Britain, the context is Britain. This is a British problem and it's a problem that we've fallen into.
. . .
the kids in Kenya put school first.

I'm struggling to know how to react to this story.

It is the current blight on our nation, that the youth who choose to fight for territory choose to back it up with blades, willing to kill someone because of postcodes, county lines or a gram of charlie. These cases usually but not always involve gangs, most of the victims are not just random strangers.

I always state why I dont think guns and society mix and I am so glad we restricted gun ownership years ago as these crimes would still be taking place but with the addition of bullets flying across public places.

I am certain crime will never cease while humans can walk and breath, its a shame then that they value life so cheaply. I feel sorry for the police in this as it must feel like an endless task, celebrate a victory of locking up a murderer one day for the next to begin with an investigation into the next murder, but it is a society problem seemingly more associated with the capital, not all of the country has the same level of knife crime, inner city life...inner city pressure

originally posted by: UpIsNowDown
It is the current blight on our nation, that the youth who choose to fight for territory choose to back it up with blades, willing to kill someone because of postcodes, county lines or a gram of charlie.

And clearly, from the story, a good percentateg of these people are of "Somali heritage". I am sure innocent people get stabbed, but most of it is as a result of orchestrated gang violence.

Interesting that the solution is to send these men (for that's what they are) back to Somalia, which is one of the sh1ttiest places on the planet. If these parents don't like Britain, then they could always leave and join them.


21% of police officers who responded reported symptoms consistent with PTSD or the more severe Complex PTSD (CPTSD);
73% of those with PTSD or CPTSD will be unaware that they have it;
66% of those reported a psychological or mental health issue which they felt was a direct result of police work;
69% of officers feel that trauma is not well managed in their force;
93% still go to work even when suffering from a work-related psychological issue.

93% still go to work even when suffering from a work-related psychological issue. This is why I smile at cops. I hope it helps.

Searching the word 'cops' I find this.

Eventually the events of the night unfolded. Bill had been stabbed to death whilst making an arrest.

On several occasions over the years I have related here on ATS how some friends of mine in London have repeatedly told me that the biggest problem they have at present is with Somali's and other 'recent' immigrants from eastern Africa.

Apparently they have no intention to integrate, are incredibly insular in outlook and show no respect for UK law and customs.
My friends describe these people as 'feral' and obsessed with gang culture and protecting their own areas.

For the record; my friends are old school Yardie/Rastafarian types.

I get so wound up by my friends who call the police at any oppurtunity, let me admit this, i break the law daily* in one form or another, if i get caught I will take my punishment not besmirch the human men and women who risk their life daily while I just go about my business, IMO the majority of the police are decent people, vastly underpaid for what they risk, I recall how during the Manchester Bombing when no one knew the severity, police cars full of officers flying to the scene, risking themselves to save anybody they could, remember when you pick up and dial 999, they come to your aid wether your a criminal or not.


One thing missing is the identity of those who are stabbing these Somali schoolchildren.

I'm getting tired of this. People just take one look at me and they call me a racist. Why? 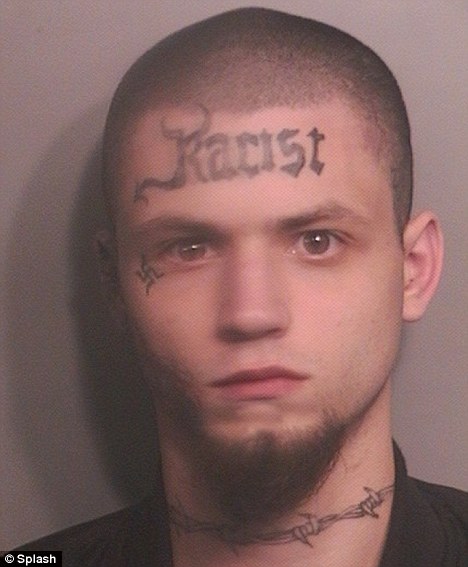 posted on May, 29 2019 @ 05:19 AM
link
On a semi serious note...it's interesting how the focus is never on perps or their identity. Heaven forbid we should draw some conclusions like...the attackers are almost assuredly migrants also but from another islamic sect.

A British problem indeed. But not in the way they think.

also bare in mind some of the perps have there identity protected because of there age, nothing to do with religion or ethnicity, i guess only immagrants kill each other, plenty of evidence of home grown brits that are criminals

Youth justice in England and Wales

In court, anonymity is protected by reporting restrictions. There is an automatic ban on the identification of children in youth court proceedings. 2 In the adult magistrates’ court and Crown Court, a judge will decide whether to grant anonymity. 3 Criminal trials will usually take place in open court with the public knowing as much as possible about the case but there are special considerations in relation to children.

A criminal is still a criminal regardless of ethnicity, a murderer is still a murderer regrdless of languauge spoken, but UK law prevents details of under 18s being public knowledge


A criminal is still a criminal regardless of ethnicity, a murderer is still a murderer regrdless of languauge spoken, but UK law prevents details of under 18s being public knowledge

That's true. But sometimes...there are patterns to these attacks. Often they have cultural ties. For instance, acid attacks. Sadly, it appears to me that there is an ongoing effort by the media and the authorities in UK, not to make obvious conclusions. Because it's racist. Stats are racist.

Like in the case in the OP. Somali teens are apparently getting stabbed. Now why would that be ? Is there any special reason why would this ethnic group be more targeted than any other ? So now they make it a "British problem".

You know what would be a cool stat to see...ethnic background of all knife attacks (perp and the victim) in the last 20-30 years in UK..no names necessary.

Let's see if there is a pattern or is it completely random. I would, for instance, like to know, how much are native Brits stabbing each other and comparison to various other ethnic groups.

The BBC has learned that 65% of all people who face criminal proceedings for knife crime in London are from ethnic minorities, and 42% are black.

while to me it is irrelevant what ethnicity a criminal is, if you need to prove a point there are some stats available

Are a majority of youth knife offenders minority ethnic?

In a nation that is predominalty white british, guess what...

In England and Wales 38% of knife possession offenders under 25s were non-white in 2017. It was two thirds in London. 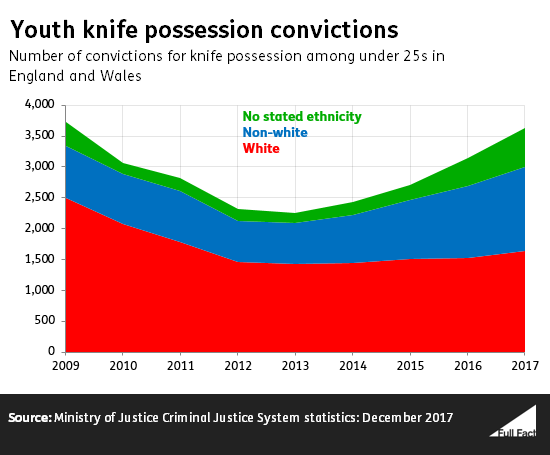 so just over a 1/3 were commited by minority ethnic backgrounds, but again just because someone has a different skin colour than white does not mean they are not British, there is every chance part of that 1/3 were born in the UK.

Do you think if we close the borders that knife crime will cease?


Do you think if we close the borders that knife crime will cease?

Since majority of immigrants are based in London area, and 65 % of attackers are from a minority groups...I think it would be reduced yes.

Cease...of course not. There is no perfect society or country.

I noticed your stat says.."knife possession offenders"...does that correlate to commited attacks or is just possession ?


I'm struggling to know how to react to this story.

About 20 years back I had a couple of friends whose mother sent them back to the old country after another of their relatives was killed in a gang feud. They were wealthy and western educated, and gang connected. Potential kidnap targets in my opinion. Just like these Somali kids. They will need to watch their backs 24/7. Somalia has several well known groups who target foreign educated people.

Im not certain if those statistics can be trusted. Police forces in the UK that report high levels of crime amongst minorities risk being accused of being racist. For example, targeting minorities for arrest.

Remember what happened when the metrapolitan police revealed that most pick picketing on the railways was controlled by gangs of a specific minority? Everybody blew up at them for daring to even suggest it, even though the facts were self evident.

when you compare the number of people (native) vs number of immigrants...even 38 % is overwhelmingly not in favor of immigration. There is far less immigrants than locals...yet they comprise 38 %...and in London...the figures are devastating.

edit: but you are certainly right about not reporting for fear of being called racist. It's an ongoing theme.
edit on 29-5-2019 by MarioOnTheFly because: (no reason given)

posted on May, 29 2019 @ 12:17 PM
link
One must understand that African immigrants from whichever country are still in the tribal system. Family first then the tribe. Nationality comes way, way down the list. Through marriage I have Jamaican friends and even though they are not angels these knife crimes committed by black youths (not Jamaicans) are seriously impacting their community, because they are being lumped in with these immigrant.