CO2 AND YOU keeping things in perspective.

posted on Apr, 30 2019 @ 10:38 PM
link
Australia has gone big into the whole green agenda and the population is certainly paying for it through higher gas and energy prices. The following is a short well made video about CO2 and the .004% in total it makes of earth's atmosphere..Interesting as .03 is natural and .01% is supposedly man made.
youtu.be...

I think we are burning too much gasoline. It's putting too much pollution in the atmosphere.

Atmospheric CO2 concentrations have risen from 280 ppm to over 400 ppm in the past 150 years. That's a 43% increase due to the burning of fossil fuels.


The rate of increase has accelerated since the measurements started, from about 0.7 ppm per year in the late 1950s to 2.1 ppm per year during the last 10 years.

It's coming from us.
www.abovetopsecret.com...

The farting cows cause global warming.

Meanwhile, in N. Idaho, we have yet to hit 70 degrees.

Well, do you grow your own food? If youre buying from a store...youre part of the problem in that context my friend.

Erm, that is methane.

ETA: Atmospheric CO2 is more than the natural cycle can cope with. It needs assistance. The question is, “How much are we willing to spend”??

originally posted by: TEOTWAWKIAIFF
a reply to: madmac5150

Erm, that is methane.

ETA: Atmospheric CO2 is more than the natural cycle can cope with. It needs assistance. The question is, “How much are we willing to spend”??


I don't care what fart gasses they emanate. Tomorrow is May 1st, and we will see 60 degrees... if we are lucky.

Every winter gets colder, and you guys are bitching about "CO2 warming". Get a life, or volunteer to shovel snow... 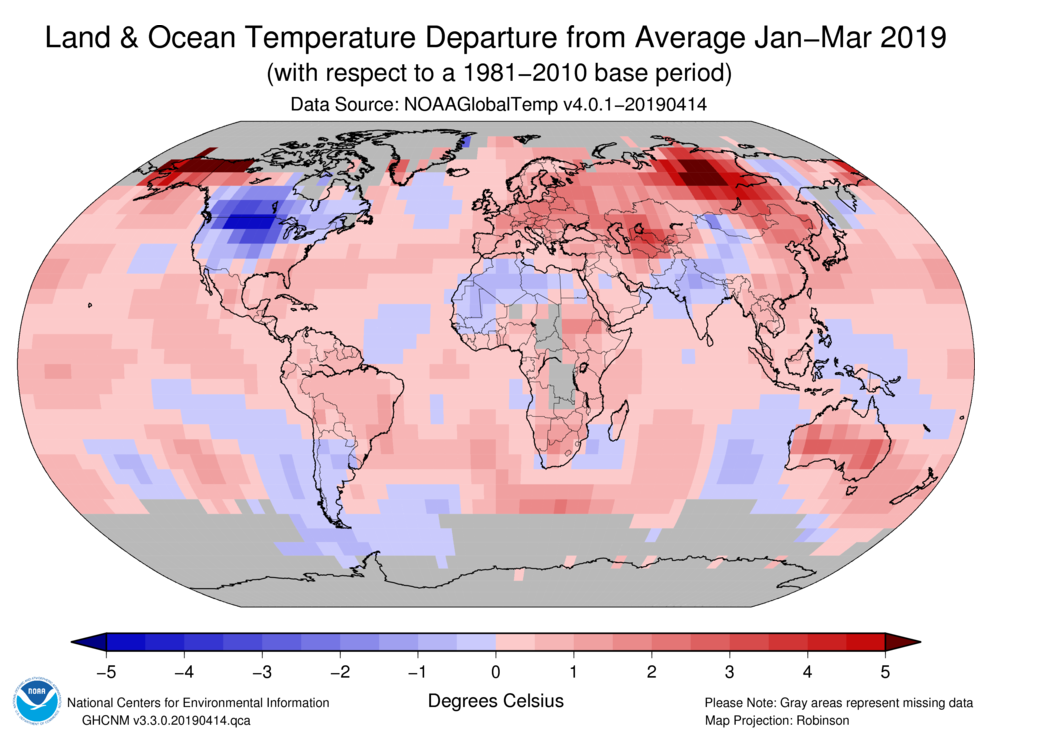 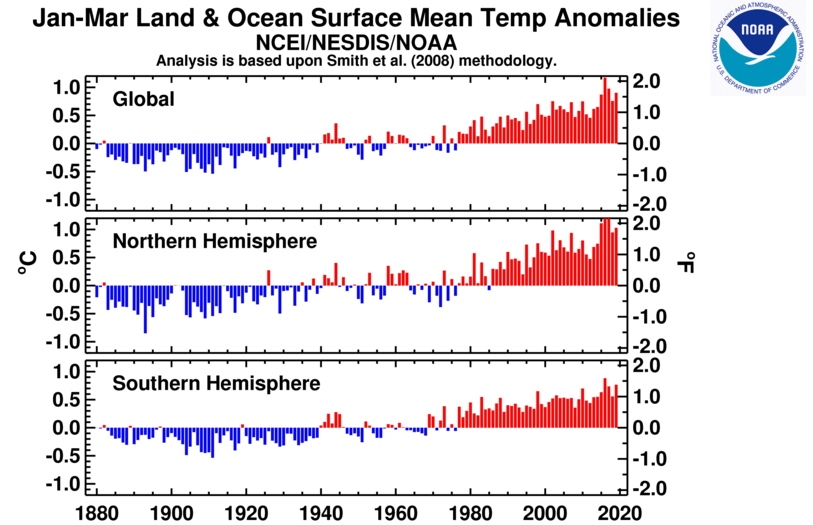 2. Refit wind turbines, with gigantic diesel engines. Point them north, and turn on the fans.

Still much cheaper, than the "Green New Deal"...


Still much cheaper, than the "Green New Deal"...

Yeah. Throw the baby out because the bathwater's dirty.
Good plan.

Dont waste your breath, these folks are pinching their pee pees to bring Venezuela to the USA

posted on Apr, 30 2019 @ 11:36 PM
link
People are spending way more time driving to work than they used to. The big stores that are far apart means everyone needs to go jump in the car to travel way farther to stores. Our food is shipped all over, big factory farms far away from the consumer make it way less energy efficient to supply food. We need people to just start gardens to lower the stress on the environment and produce the food locally. This means small meat processing plants need to be created to process local meats, meats like beef that are grazing out in the field and farting less. Eggs from local suppliers can supply good quality product to the local community without causing concentrated chemistry which causes a destruction of the environment.

We went the wrong way, we need to fix it. We need to be able to go to the store and buy a refrigerator that is decently efficient and lasts for twenty five years so we do not have to be recycling so much which actually uses a lot of fuel to do. build things to last, watch how much fertilizer and pesticides and chemicals that cause environmental damage are utilized, the bare minimum should only be allowed. We need to teach our young that jobs farming and raising animals for foods are good jobs that should be respected and teach our young to do this kind of stuff. Wants, not needs, are destroying our environment.

They make it sound like our recent weather here is breaking records, but if you live long enough, you see cycles occur. They are trying to sell climate change using deceit that anyone with a brain can see is misapplied evidence.

We need to be better environment stewards on a diverse basis, not just worrying about carbon and taxing people for fuel for their cars to get to work and shop way far away from their home because the big stores put the close stores out of business.

While appliances are more energy efficient now, their lifetimes have decreased dramatically. Disposing of them as well as building them is horribly bad for the environment, including CO2 emissions. No reason for not making them both durable and efficient.

I've lived long enough to see that the cycles you talk about are there, but they are bumps in a trend. A non-groovy trend.

Would you be averse to a neutral carbon tax? One which is applied to the producers of carbon power and fuel and rebated to the consumers.

I've lived long enough to see that the cycles you talk about are there, but they are bumps in a trend. A non-groovy trend.

Would you be averse to a neutral carbon tax? One which is applied to the producers of carbon power and fuel and rebated to the consumers.

I am talking about on the local scale, I live in the Upper Peninsula, we live in the middle of the great lakes. We had a bad winter, we get two in a row about every twelve years or so. Droughts seem to go in cycles here too.

Up here, we are wanting it to warm up a bit, but it just isn't going to happen. The great lakes buffer it here in the summer, and they can generate a lot of lake effect snow until Superior freezes over.

The middle of the country is experiencing some unusual weather, but here it is the same old thing, Snowbirds are still going to be going down to florida in the winter every year, it is not really changing much. The copper country had some unusual flooding wash out roads, but they are dumping way more salt on the roads up there, it quickens the earth when you add salt, it can lessen the bonds that hold soil and gravel together causing the earth to quicken by the energy of the rainfall much worse.

Nobody wants to listen to the elders, our society has been going in the wrong direction for years. The old county workers knew not to use much salt on the roads, but the overeducated idiots that went through college got the management jobs and blew off the workers knowledge.

There is lots wrong with the way things have gone lately, I bet even where you live you could give examples of how overeducated idiots have caused changes that negatively effected things. The people teaching management in colleges do not know much of the practical scientific principles of things in our world. I would never hire a Carpenter trained in a college to work on my crew, I tried that once, what a mistake, the guy had no common sense and he thought he knew everything when he knew very little on how to get the job done properly at a reasonable cost.

Traditional Owners have criticised the revelation that a shipment of 'intermediate-level' radioactive waste will be sent from Britain to Australia and could be dumped in South Australia.

The material will be sent in the next three to four years and temporarily stored at Sydney’s Lucas Heights nuclear reactor until Australia builds its first radioactive waste dump.

Three sites in South Australia have been short-listed for the facility: two near Kimba, a small town on the Eyre Peninsula; and one at a cattle station in the Flinders Rangers near the town of Hawker.

In 2016 they were considering becoming the worlds nuclear waste dump

Last month the South Australian Nuclear Fuel Cycle Royal Commission recommended that the state government develop a business venture to store a large fraction of the world’s high- and intermediate-level nuclear power station wastes in South Australia. It proposes to do this by first building an interim above-ground store, to be followed by permanent underground repository ...

I don't know if they are still considering it or have implemented the plan, but, I don't think that being a nuclear waste dumping ground for the whole world (or even considering it) is "going green".


There is lots wrong with the way things have gone lately, I bet even where you live you could give examples of how overeducated idiots have caused changes that negatively effected things.


I don't know how one can be overeducated, but from my experience it's greed mostly, with a good dose of ignorance which is the prime mover of negative effects.

But let's not forget fear. And when combined with ignorance, watch out.


There is lots wrong with the way things have gone lately, I bet even where you live you could give examples of how overeducated idiots have caused changes that negatively effected things.


I don't know how one can be overeducated, but from my experience it's greed mostly, with a good dose of ignorance which is the prime mover of negative effects.

But let's not forget fear. And when combined with ignorance, watch out.


If people become full of knowledge but cannot properly apply the knowledge and their prestige blinds them from seeing the experience of workers who have been doing things for years and who learned from others who did it for years, that is overeducation. It is a condition where the person feels he is more knowledgeable than others he is overseeing. Our county here got taken over by some people who had impressive degrees and the superintendent screwed everything up because he did not listen to the one who ran it before him. The old head of the road commission was a friend of mine, he also kept in touch with the employees he used to oversee and they switched everything over, now everything is falling apart, they have six bosses overseeing twelve employees plowing the roads now. They used to have two bosses overseeing thirty plow drivers before. Bosses are not allowed to actually do work either, union thing.

The phrase overeducated idiots refers to people who have little common sense and want to do things their way even though it is impractible. I worked a lot in the construction fields and factories and stuff, most times the people teaching people to do jobs, have never actually worked in that field, if they did, they were worthless workers and had to go get educated to get out of manual labor. There are some good teachers out there, but only about a quarter of them actually know how to do the work. The mine hired a bunch of employees around seven years ago that came from the college, supposedly trained to work, they are not going to do that again.

Perhaps a term better than "overeducated" (which implies that one can learn too much) would be "unwise."

I would posit that it is unwise to rail against the obvious. Reality has a way of biting.
edit on 5/1/2019 by Phage because: (no reason given)