posted on Feb, 21 2019 @ 11:52 AM
link
This isn't a new revelation, but I came accross a video from LANL showing one of their cold war era tunnels. These were used to conduct physics research and to facilitate their early mission of nuclear stockpile stewardship.

Here is a view from Google Earth Pro, looking from Omega Road. (Note: there are several interesting looking locations on this restricted access road) 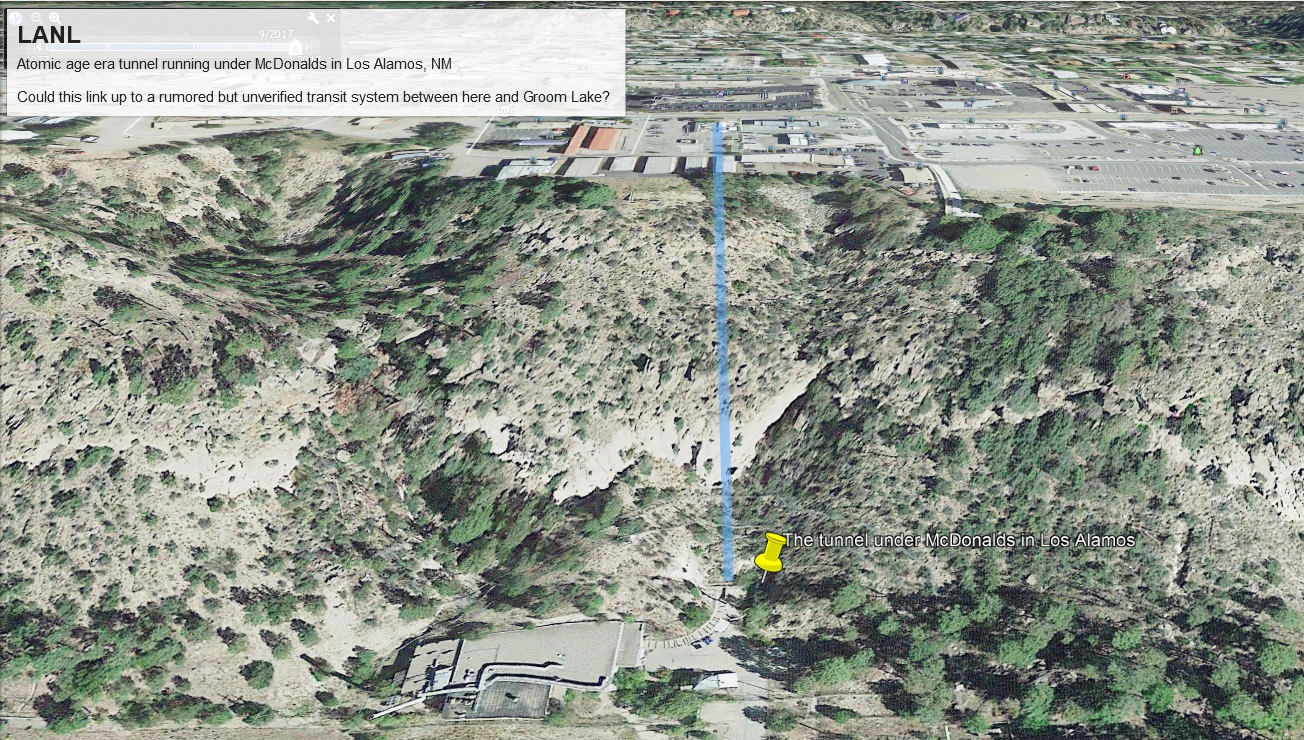 Very interesting to see some of this construction, especially now that it is declassified

....now, wondering if there is any connection to Groom Lake from here. Supposedly, there is a transit system that connects the two (along with many other installations in the country)

posted on Feb, 27 2019 @ 08:50 AM
link
I was told by someone that works at Edwards Air Force base that there is a pretty extensive tunnel system under the base. When asked about any tunnels leading to Area 51 they simply said that yes it exists and not many people have been to the actual tunnel. They also went on to say that the only reason they knew this particular tunnel existed was because they stood in it. Is it true? Not sure. I have some friends on base that are privy to restricted areas and they say the same thing, there are parts of the base that have very restricted access and they have not been allowed there.

posted on Mar, 19 2019 @ 05:19 PM
link
Chiming in on this - I've recently found out about David Adair. I've since found...as with other individuals telling fantastic stories...that quite a few people scream FRAUD when they hear his name. That said, in his story about visiting Area 51 he mentions that he descends beneath the base on a massive elevator. Once descended, he mentions they walked down an enormous tunnel that was big enough to fit several 747s, and this tunnel went on for so long that it followed the curvature of the earth. As tall a tale as that is, if Cavrecon22's story is to be believed - Adair's story from 1971 would assuredly tie into it. It's 200 miles as the crow flies from Edwards AFB to Groom Lake. Construction of a reinforced, and ventilated tunnel that long seems out of this world...but...maybe?