originally posted by: Ophiuchus 13
Also do some who proclaim these images are just debris feel these debris photographed from different dates are showing the same type of "debris"?

The appearance is related to the type of camera lens used, and the fact the object is out of focus. It doesn't have to be the same type of debris to have a similar appearance, though it could be.

What tether UFO believers do not understand is that what they believe are objects are actually zoomed out-of-focus spherical shaped (shape is mimicking the characteristics of the lens' parabolic mirror which is being impinged upon them) blurred distortions of small illuminated close ice debris particles that are actually smaller than what they see, many of which are non-spherical and spinning (causing the light pulsation effect)...

Your analysis is appreciated either way Arbitrageur

originally posted by: Ophiuchus 13
a reply to: Arbitrageur

Stars move but they are so far away that they appear as fixed objects to a short video recording. The particles from the water dump in contrast are moving all over the place and thus are not starlike at all in that respect.

So, I have absolutely no idea what "starlike" objects you are talking about. The water dump particles are not starlike at all as they are seen to move relative to each other. Stars are not seen to do that in such videos.

I further don't understand your skepticism when water dumps from the shuttles were routine.

water dumps are a usual event


...water dumps are a usual event, allowing the spaceship to unload its dirty water and urine...

Yes my post already included a very good explanation of this pulsation but again they are not star-like if they are seen to be moving relative to the real stars in the background and or to each other.

They are called starlike objects by the professionals handling the observation and then called debris.
Why would not they know that water is what was being observed if it was water. 1 would think they would say there was just a water release and it is interfering with the video.
But they did not say that🤔
I kind of sense you know this 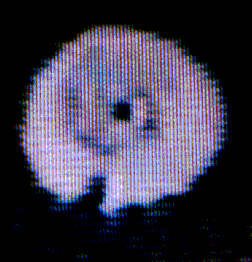 Then also later called debris 🤔 as they appear to glide below and above the tether...


The shape is due to the lens constrcution and has been explained many many times on here.


They are called starlike objects by the professionals handling the observation and then called debris. Why would not they know that water is what was being observed if it was water .

because they may look star like on first observations and once you investigate you can make a claim.

first observations from many here would be 'OMG ALIENS' running in circle and out on to the street screaming 'first contact,first contact'

while other will observe and assume its something mundane, some will from first observations say bugs.

I hope you get the analogy.


1 would think they would say there was just a water release and it is interfering with the video. But they did not say that

not everyone knows everything and observations can easily be misleading until you get more details.


I kind of sense you know this

yes the shill are out in numbers to keep things hidden

😂 I'll explain...
When objects such as these 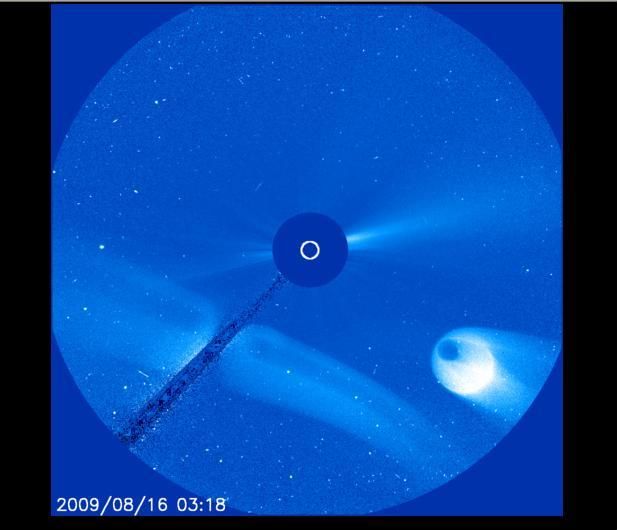 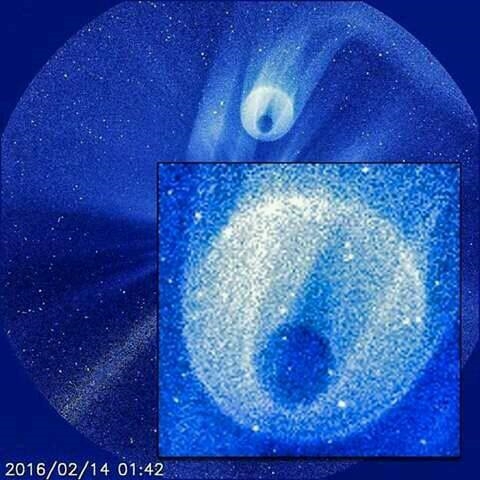 are captured/recorded at different times by space based technology, that look fairly the same if not the same and yet are said to be different debris and these water

that just look the same 😶 by some here🤔 who DONT know what they are unless they are those who do then I digress from getting into inter-web arguments too in-depth on the topic. Because I feel if they don't really know nor do I 100% why bicker back and forth like we do know? Again unless it's those who do know and it's some secret technology or alien technology they are sworn to hide. Which I understand...

Otherwise it's just hypothetical guesses from a Hydra pov ☺️

On the other hand if some are seeking TRUTH, awareness or enlightenment-illumination on possible extraterrestrial interaction and activities with Humanity, I have no problem bearing the torches & discussing to help Light the way as the Brightest light would attempt to do for those covered in blankets of darkness by terrestrial Shaitan...

If you really want truth, awareness and/or enlightenment about these images you can find all that here:

But that is not want you want to hear. You want aliens and secret tech and all that.

originally posted by: Oldtimer2
a reply to: Ophiuchus 13

Yes because there's only one country on planet Earth. Only one space agency on Earth and there isn't several million professional and ametur astrononomers with the ability to see planet sized objects in our solar system.

What an utter idiot you are.