Building on greenbelt land to create

We've got a problem here called fake Labour. Tories who could only get on in local politics by wearing the mantle of Labour. So we get this apparent paradox.

Most bizarre of all, perhaps, is this traditionally Labour stronghold uncritically accepting the Treasury orthodoxy that building vast numbers of the wrong kind of homes in the wrong places helps the economy. In fact all it would be likely to do would be to destabilize further a very sickly local housing market and reduce the attraction of the city to tourists and investors.

A strategy to improve the county’s weak public transport, allowing people from the depressed surrounding communities to provide the labour force the city needs to expand, would do far more for the economy of the whole area and assist regeneration.

Appetite and ambition for jobs are laudable, but ambition to trash the environment and neglect the needs for regeneration and brownfield redevelopment are not.

A short distance from Sniperley Park is one of our mini-Guantanamos.

Allegedly being run for cash.

If you’re getting £100,000 for one prisoner then all of a sudden this system starts to grow.

Though there does seem to be some rebellion within the service.


One of three “jails within a jail” created to hold the most dangerous Islamist prisoners has not housed any inmates amid claims that the prison service has grave doubts about the scheme.

The separation unit at Woodhill prison near Milton Keynes was ready to take extremist offenders in April. However, since then insufficient prisoners have been assessed as requiring separation. The failure to move any offenders into Woodhill will fuel suspicions that the prison service is dragging its feet over filling the units.

Last month a parliamentary intelligence and security committee report quoted evidence from counterterrorism police warning that the centres could become “academies of terror” and that it was “never a good thing” to bring radicalised inmates together.


When the Government announced the plans, they said the most “subversive” prisoners would be housed in the new wing.

Using Freedom of Information laws, ChronicleLive has learned the the wing cost £1,008,015 to set up.

The Prison Service does not comment on individual prisoners but it has been widely reported Choudary was housed on the unit.

Up to 28 extremists can be housed in the centre but the Ministry of Justice declined to disclose how many prisoners are currently incarcerated there.

How much of the required vibrancy in the ambitious Sniperley Park housing scheme is expected to be provided by family and supporters of incarcerated extremists?

Or perhaps they want to fill it with students.

The wholly distorting effect our ancient universities are having on the whole planning debate is an interesting sidelight on all of this. A series of recent reports has suggested wholly unsustainable and destructive inflation of both Oxford and Cambridge; now Durham seems to have caught the same disease.

I became suspicious of the Sniperley Park scheme when I came across the word 'sustainable' used three times in one sentence in the councils pre-submission draft. Page 64.

The whole of the Wear Valley north of the City Centre is an important and attractive area for walking. Possible improvements should be made to the footpaths between the City Centre along the river banks to Finchale. Walking along the Wear valley can take in several points of interest including Kepier Hospital, Brasside Ponds and Finchale Abbey.

It is intended to provide a new footbridge to link the two sides of the valley.

The map shows the position of the footbridge downstream from the rifle range. 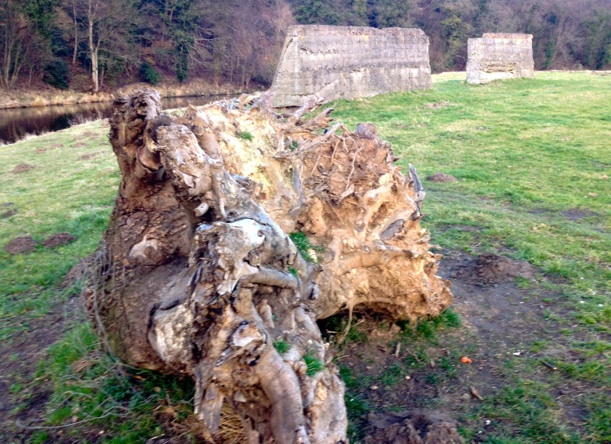 No footbridge yet, and very little work on the paths.

All the nice talk is bait used to sell the idea, then they just go ahead and do what they want. If we let them.

Sniperley Park is an over-inflated, unsuitable idea. Save the Greenbelt.