posted on Dec, 27 2018 @ 04:44 PM
link
So what happened on the 25th?
Everything is closed.
I'm starved and hungry like a bear.
Go to MacDonalds - only place that's open.
And yeah, it was actually pretty nice.
They had veggie burgers and a fish thingie, and mum got very nice cake.
Not sure why everybody hates them?
I had fun.
edit on 27-12-2018 by halfoldman because: (no reason given)

mcasty was one of them

did you touch them?

i really hope so

your arm looks long as #

Maybe, but it's gone now.

But I liked MacDonalds.

First time my belly was full.

It isn't that their products taste bad, but their 'food' is a manufactured product with little to no nutritional value. As someone who eats right and is trying to take care themselves, McDonald's just doesn't meet my needs.

originally posted by: Metallicus
a reply to: halfoldman

It isn't that their products taste bad, but their 'food' is a manufactured product with little to no nutritional value. As someone who eats right and is trying to take care themselves, McDonald's just doesn't meet my needs.

The last time I went there was for a quick bfast. I could not even take more than one bite out of their hash browns.
It did not even taste edible. I love hash browns and theirs used to be pretty decent, but total garbage now.

First the rice and so forth.

But then the piece de resistance.

This chef dude opens it, and it's fish heads!

Nothing else for me to eat, so I must try.

My Bro apparently wanted to know how the fish-heads were served. Well, like a buffet with a lid on and a spoon at the side. Salamanders in a row. First rice, then veggie mix (colors drained from their once magical wings), then potato cubes, then some kind of curry - people said it was the best (just the bones were irritating), then you take the lid off - and voila! A dozen fish-heads on some kind of greenery. I thought, it's the only thing I can eat here, and I took a leaf of the green stuff too. But then Barbara (a cook at Shiloh) said - you can't eat that, it's seaweed. I'm like - I dig seaweed. And I lovingly snaked it into my gob. But, she was right. You can't even chew it. So I had to tangle it out again. Which I did rather gracefully.
edit on 27-12-2018 by halfoldman because: (no reason given)

So when I got to MacDonalds, it was like heaven.

And he goes, can't you use your Facebook and destroy these people?

But then thinking ... how much time you still got left with everybody?

Enjoy every moment while you can.

I only wanted to bring glad tidings.

But I'm effectively banned for being myself.

I had fun though, thank you.

Of course I thought this was all rather hilarious. 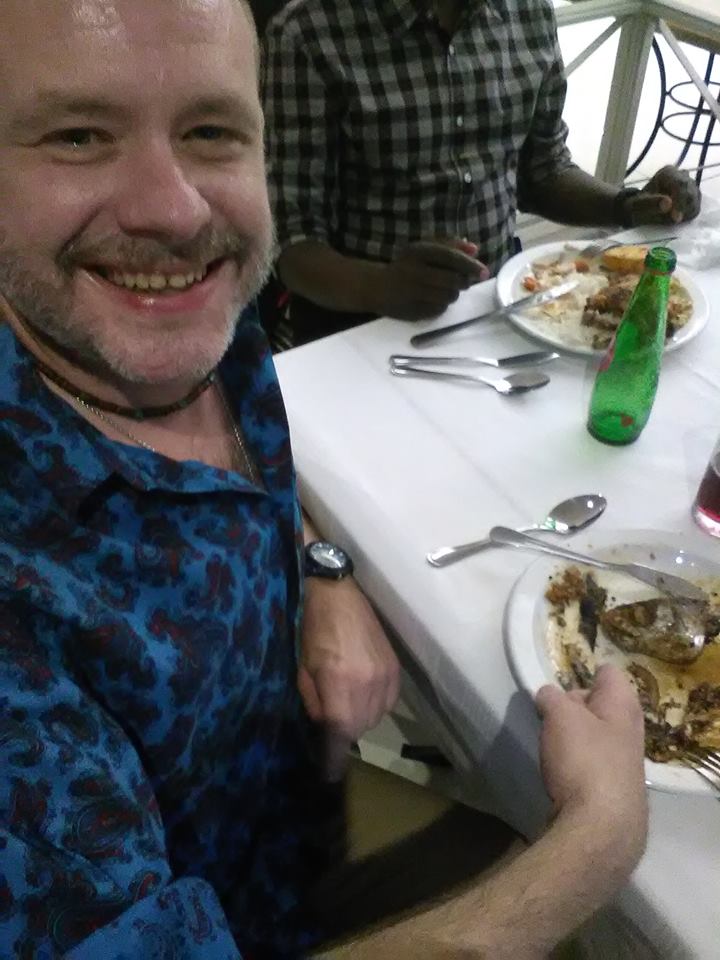 posted on Dec, 27 2018 @ 09:15 PM
link
Actually nothing funny about it.
The kind of shabby treatment you get from society if you think differently.

posted on Dec, 27 2018 @ 10:41 PM
link
But my lady told me, you over-think.
I do?
Apparently so.
Not only that but the people around me are over-thinking too.
They see motives where there are no motives.
I post a diva and they see Casablanca.