Locked and Loaded on the Border...

page: 1
42
<<   2  3  4 >>
log in
join
share:
TheRedneck
+22 more
posted on Nov, 21 2018 @ 11:30 PM
link
Yesterday Judge Jon S. Tigar of San Francisco signed an injunction blocking President Trump from requiring that undocumented immigrants who illegally crossed the border in locations not designates as ports of entry would not be considered for asylum status.


A federal judge has temporarily blocked the Trump administration from denying asylum to migrants who crossed the southern border illegally, saying the president violated a “clear command” from Congress to allow them to apply.

In a ruling late Monday, U.S. District Judge Jon S. Tigar of San Francisco issued a nationwide restraining order barring enforcement of the policy President Trump announced Nov. 8, which he billed as an urgent attempt to stop the flow of thousands of asylum-seeking families across the border each month.

To many of us who support a more secure border, President Trump's order made perfect sense. After all, the asylum process, which was designed to accommodate those who were fleeing bona-fide political persecution, was never intended to become a "get in the US free" card. Yet, we are all aware how it has become so... those apprehended violating the law by crossing the border illegally are given the opportunity to claim asylum, and then are released on their own recognizance into the country before ever seeing an immigration judge about their claim, simply due to the massive number of such claims being made. The vast majority never show back up to push their claim for asylum, and of those who do, the vast majority are declined.

So President Trump signed his Executive Order to stop this influx of asylum claims which were apparently being made simply to avoid prosecution for legal violations. Those claiming asylum are still able to apply, but must now do so at a port of entry and are not allowed to remain in the US until their claims are heard. That's a big part of the platform that Trump was elected on.

President Trump also ordered the military to assist the CBP at the border as backup... a move that I then predicted would eventually lead to the use of lethal force. Well... it looks like that possibility is getting closer. Yesterday evening, apparently in response to the injunction, John Kelly signed a memo:


The new “Cabinet order” was signed by White House Chief of Staff John Kelly, not President Donald Trump. It allows “Department of Defense military personnel” to “perform those military protective activities that the Secretary of Defense determines are reasonably necessary” to protect border agents, including “a show or use of force (including lethal force, where necessary), crowd control, temporary detention. and cursory search.”

However an earlier “decision memo” that came to the same recommendations that were contained in the “cabinet memo” was signed by President Trump, according to documents obtained by Newsweek.


In simpler terms, the military will now be allowed to assist the CPB at the request of the DHS. There will be those who claim this is in violation of the Posse Comitatus Act (18 USC § 1385):


Whoever, except in cases and under circumstances expressly authorized by the Constitution or Act of Congress, willfully uses any part of the Army or the Air Force as a posse comitatus or otherwise to execute the laws shall be fined under this title or imprisoned not more than two years, or both.


Whenever the President considers that unlawful obstructions, combinations, or assemblages, or rebellion against the authority of the United States, make it impracticable to enforce the laws of the United States in any State by the ordinary course of judicial proceedings, he may call into Federal service such of the militia of any State, and use such of the armed forces, as he considers necessary to enforce those laws or to suppress the rebellion.

I didn't see this reported on ATS yet, and I feel it is an important development. I'm sure it is headed to the Supreme Court, so at some point they will weigh in. But until that time, will another Federal Judge proclaim a de facto law that allows any and all people to force their way into the US without any documentation or review? Or are we heading for an actual Constitutional crisis, with the President being forced to use the military in direct opposition to a Federal Judge to protect the country from invasion? Maybe we will see a major crime outbreak directly due to the Judiciary allowing undocumented people in, leading to an actual national emergency?

None of these bode well...


Sounds like it is up to the DHS Secretary, as defined by Congress. The DHS are the ones who requested additional military assistance.

Congress makes the laws. That's what we're discussing: the laws Congress made. not the laws lower courts on the Judiciary made.


A bunch of corrupt politicians.
edit on 11 21 2018 by caterpillage because: (no reason given) 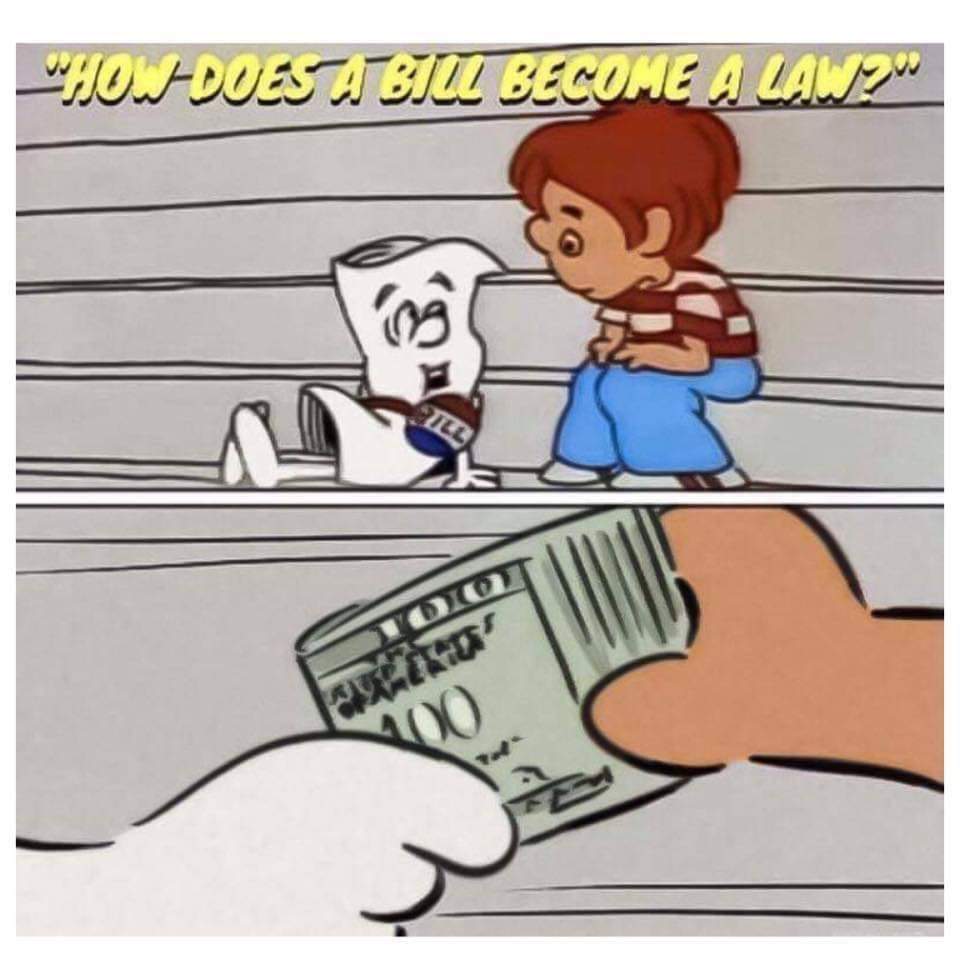 
Congress makes the laws. That's what we're discussing: the laws Congress made.


Including a law that says someone can apply for asylum regardless of their status?


irrespective of such alien’s status, may apply for asylum in accordance with this section or, where applicable, section 1225(b) of this title.

Section 1225(b) does not provide authority to deny application for asylum. It provides authority to grant (or deny) asylum. Read it.

The law must be taken in it's entirety. You are concentrating on one lone phrase while ignoring the references it makes.

It states "may apply," Phage, not "must be approved."

I know. Did I say otherwise?

The Secretary of Homeland Security is the one who asked for military intervention.

Yes. So what? The president wants to change the law about who "may apply" for asylum.


Laws change with the times, an example being that a lot of places have made it illegal to beat your wife.

So are you against changing laws in general?
Are you against laws that would stop illegal invaders?
Or are you just against the orange man and anything he does is bad?

If protecting the borders by whatever means necessary (including changing laws) isn’t the most important priority of a country’s leader then I reckon that leader has his priorities out of whack with what it means to be a leader
edit on 22/11/2018 by IkNOwSTuff because: (no reason given)

The military is not being used against the citizens of the US of A.

The Military is on a border with another country defending the border against thousands of hostiles who wish to flood the border and enter as illegal aliens.

That is exactly what the Military are supposed to do.

The violence on Mexico's Southern Border, by these mobs, should tell everyone that they do not seek peaceful entry.


So are you against changing laws in general?

Are you against laws that would stop illegal invaders?

I don't classify those who commit a misdemeanor by crossing the border illegally to be "invaders", but no, I am not against those laws.

Or are you just against the orange man and anything he does is bad?

I loathe memes, if that's what you mean. But I know that the president cannot change laws passed by Congress.
edit on 11/22/2018 by Phage because: (no reason given)


That is exactly what the Military are supposed to do.


Is an order signed by the president's chief of staff sufficient authority?

There is nothing in President Trump's policy that prevents them from applying. All an application for asylum is, is stating "I claim political asylum" to a CBP official. They can still do that. President Trump's policy, which is not being challenged by the Attorney General or the Secretary of Homeland Security, simply means their request will not be considered valid under present conditions in order to allow everyone to apply in an orderly manner.

The Secretary of Homeland Security can still make exceptions to President Trump's Executive Order if conditions warrant. Apparently, conditions since the injunction warrant arming the military to prepare for an onslaught of false claims.

That is my point. This is indeed an invasion. We are not talking about a handful of bona-fide refugees... we're talking about a caravan of thousands of people from mainly Central America, who have already exhibited violent tendencies during their travels, who do not fit the legal definition for asylum, who have already turned down asylum once, and who are mainly young men of military age.

Posse Comitatus, while I consider it a vital part of our legal system, simply does not seem to apply.

They are relying on a Presidential directive issued to the Military.

When we as a nation are defending our border by any means necessary I doubt the Posse Comitatus Act was meant to interfere.

If some mob of asylum seekers tried this crap with many other countries around the world they would be locked up or shot on the spot. Mob rule... nope..

If he wants to change the law he must go through Congress. He can hug the flag and claim he is changing laws to defend the nation or for us, but preserving our system of checks and balances must be upheld.


"I believe there are more instances of the abridgement of freedom of the people by gradual and silent encroachments by those in power than by violent and sudden usurpations. ... The means of defense against foreign danger historically have become the instruments of tyranny at home..If tyranny and oppression come to this land, it will be under the guise of fighting a foreign enemy."
James Madison


There is nothing in President Trump's policy that prevents them from applying. All an application for asylum is, is stating "I claim political asylum" to a CBP official.


Trump's proclamation is in direct conflict with the law which says anyone who is in the United States may apply for asylum, without restriction.


Under this suspension, aliens entering through the southern border, even those without proper documentation, may, consistent with this proclamation, avail themselves of our asylum system, provided that they properly present themselves for inspection at a port of entry.

The judge's decision was correct.