This week, a 72-page report from the White House by Trump’s economic advisers share concern that socialist ideas are gaining ground in the Congress and among large parts of the voters, according to NRK.

“Socialism” has been historically a taboo word in the United States, but with the rise of sharing economy model and failing social pillars of capitalism, the political visions of social economy is gaining popularity among Americans.
Donald Trump’s financial advisers find this trend alarming and publish a warning report before midnight on November 6th.
The report makes references often to the Nordic countries, Norway Sweden, Denmark, Finland and Iceland and Nordic welfare model, which is getting support among the Congress members.

The standard of living in the United States is 15 percent higher than in the Nordic countries, claims the report and warns against “socialism” in Norway and other Nordic countries.

So according to a new rapport from the white house, the living standard of living in the United States, is 15 percent higher than in the nordic countries I can only laugh at that statement lol
Have any of you guys ever been in scandinavia?

In Denmark, a homeless person is paid about $20000 dollars a year, before taxes. After taxes, they get about $15000 dollars a year.
Only people who choose not to get help for some reason, doesnt sleep under a roof or get food every day.
In the United States, you get arrested if you even try to feed the homeless.

Now import 30 million more people who want your benefits and live off your oil revenue and see how that works out for you.
edit on 28-10-2018 by infolurker because: (no reason given)

Why? What does that have to do with anything?

Europe in general has a very high standard of living, my bro lives in Switzerland and his lifestyle is great even though he's what is commonly referred to as a farmer. The U S members will likely not agree with you however not because your wrong though.

Why? What does that have to do with anything?

Your socialism will not work when you have to divide that "oil revenue" and "tax on workers and corporations' to a pool of millions of people who take more than they put in.

originally posted by: abe froman
a reply to: infolurker


The claim was that the living standard in the United States was 15% higher than in the Nordic Countries, which is just plain wrong. Sorry if you dissagree.

I never said that what we got here is perfect or better than the system you got in the States.

Our system got a lot of problems, just like yours.


Why? What does that have to do with anything?

Your socialism will not work when you have to divide that "oil revenue" and "tax on workers and corporations' to a pool of millions of people who take more than they put in.

I never claimed that. The rapport claims that the US got a higher living standard than we do in the Nordic countries, i highly dissagree, thats all.

It’s safe to say at this point that any info coming from the Trump admin is a lie. Regardless what it’s about. In the rare instance it isn’t an outright lie, it will be stretched until it’s unrecognizable.

They lie so long and hard it’s almost funny at this point. I can’t help but chuckle at the people who just accept this horse crap without thinking.

Most people not in the center of an urban area live in houses with yards with houses averaging over 2k square feet.

Europe in general has a very high standard of living, my bro lives in Switzerland and his lifestyle is great even though he's what is commonly referred to as a farmer. The U S members will likely not agree with you however not because your wrong though.

Exactly
The living standard in the U.S. is high, its just that it is Very high in some parts of europe.

posted on Oct, 28 2018 @ 03:48 PM
link
I lived in Trondheim for a couple of years. Compared to the UK? Money is in Norwegian Kronar, which is about 8 to 10 Kronar to the pound, so prices are ten times greater. Nearly, all food has to be imported from either Sweden or the rest of the world, since the country is mostly rock. A shopping bill is around 1400 NOK/week. Meny (meny.no...) and Rema 1000 (rema.no...) and Kiwi (kiwi.no...) are the main supermarkets.

Monthly rent for a modern flat close to Solsiden was 14,000 NOK (£1400). Electricity is cheap, since they use renewables like hydroelectric. Mobile phone bills are expensive, as you pay for both the network and the account. In each case, this seemed to be 1400 NOK each, but internet access is subsidized by employers. In many cases, it comes free with the apartment.

Dental care is private, and dentists list their prices (www.tanngarden.com...)

There is only a population of 5 million, with the three largest cities (Trondheim, Stavanger, Bergen) have a population less than 500,000, and everywhere is connected by bus, light rail and taxi. They always make sure that when a new industrial estate is built it has these connections.

Taxes are about the same as the UK, but there is an import duty of 25,000 NOK on vehicles, so everyone tends to buy SUV's, 4x4's, family wagons and vans.

Unemployment is low because there are many unskilled jobs available in the oil industry like working as chefs and other offshore work, but there are always around 2.5% unemployed since that is the number of people who are genuinely off work due to illness. There is also national or community service.

The only real bits of "Socialism" are the rail and bus networks and the taxes on vehicles.

The "attacking" socialism is from the headline of the newspiece, not my words.

I dont know how they work out those statistics, but our homeless people got the newest I-phones and a place to sleep.

They are not going to continue the "free money" to the "freeloaders"?

Go figure... that is a dumb@ss idea to begin with.


For more than a year, Finland has been testing the proposition that the best way to lift economic fortunes may be the simplest: Hand out money without rules or restrictions on how people use it.

Now, the experiment is ending. The Finnish government has opted not to continue financing it past this year, a reflection of public discomfort with the idea of dispensing government largess free of requirements that its recipients seek work.

Finland has actually reversed course on that front this year, adopting rules that threaten to cut benefits for jobless people unless they actively look for work or engage in job training.

But the Finnish government’s decision to halt the experiment at the end of 2018 highlights a challenge to basic income’s very conception. Many people in Finland — and in other lands — chafe at the idea of handing out cash without requiring that people work.

“There is a problem with young people lacking secondary education, and reports of those guys not seeking work,” said Heikki Hiilamo, a professor of social policy at the University of Helsinki. “There is a fear that with basic income they would just stay at home and play computer games.”

Well these say different. The highest The U.S. ranks is 10th. Nordic countries on top.

originally posted by: abe froman
a reply to: infolurker

Venezuela has plenty of oil still... largest proven reserves in the world. It ain't oil running out what caused the issues there.

posted on Oct, 28 2018 @ 03:56 PM
link
Scandanavia is not socialist....it is a Social Democracy. They are a free market capitalist economy. Standards of living are higher in European countries to my knowledge (or were until the huge migrant influx) we pay more taxes but get far more benefits.

There seems to be a confusion in the US that socialism = communism and that has been a problem since the Cold War began although I have to say that its probably founded in fact, as many "socialist" countries do indeed become communist. 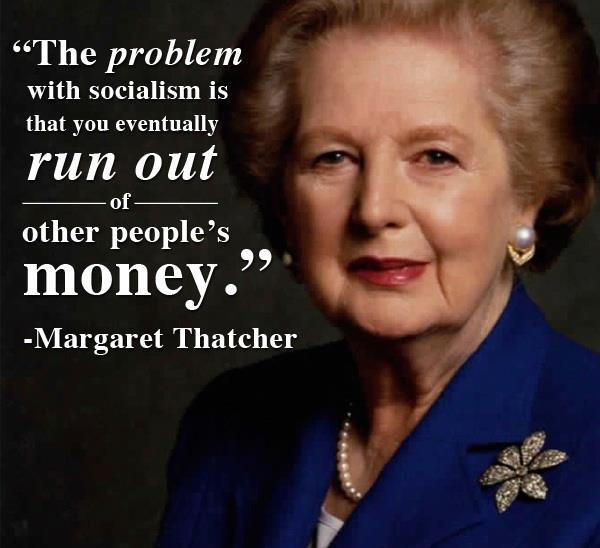 Most people not in the center of an urban area live in houses with yards with houses averaging over 2k square feet.


Youre right
A high living standard could be the size of youre house.

Generally we all got a high living standard in Europe and in the States, so i compare with the lowest standard. The homeless, or people rejected by society, and they got a pretty high standard of living where i come from.

You left this part out of your propaganda.


Norwegian Statistics Bureau (SSB): It is based on political convictions

NRK asked two experts in Norwegian Statistics Bureau (SSB) to read through the report and none of them have managed to figure out how the authors can conclude that the standard of living is 15 percent higher in the United States than in the Nordic countries.

This is clearly apparent in the choice of statistics used to substantiate the allegations in the report.

– To express it diplomatically, I would like to say that many of the comparisons of material living standards in the United States are somewhat lower than the Nordic countries,” he told to NRK


Someone tells you that life in the US is better than Norway, scream blasphemy!

Unless you are have selective listening syndrome.