What just happened? Apple and Amazon Web Services have rushed to deny a report that they were two of around 30 companies spied on by the Chinese government using tiny chips inserted onto server hardware.
The Bloomberg report claims that the rice-sized chips were hidden on server motherboards produced by San Jose-based firm Super Micro. Groups affiliated with Chinese government reportedly infiltrated the company’s supply chain, attaching the chips, which were disguised as signal conditioning couplers, to motherboards that ended up in US servers. 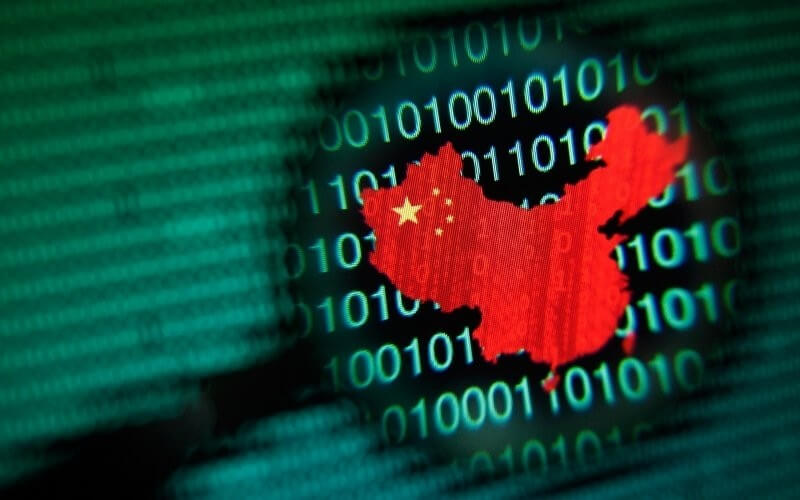 This seems rather interesting.

Guess the rabbit hole goes rather deep as to the real capabilities of the foreign and domestic intelligence agencies.

I read somewhere that foreign computer-chips were involved in some military ship and plane crashes. That would be WAR.

posted on Oct, 4 2018 @ 07:10 PM
link
The author makes the claim it was the reason Amazon sold off their datacenter business in China.

posted on Oct, 4 2018 @ 07:20 PM
link
China has been robbing our secrets since at least bill Clinton probably sooner and nobody cares... but a couple Russian trolls and we have to stop everything and investigate.

I think it may have been something like this that happened at Sunspot. Electronics with China Chips in them. Send in a team to recover and destroy.

No fault of the govs, uncle sam ordered these parts to be made. These contractors then outsourced the fabrication to countries like Taiwan and China (where they have the infrastructure for custom projects). Unfortunately, America doesn't have that. As a matter of fact, outside a few fabs in Germany and the ones stateside, all tech "gets touched" in Asia, especially anything cpu related (they got dat validation ish).

The problem is that the contractors should have vetted the pieces and inspected them before handing them over. But they didn't.

This is worse than industrial espionage, at least then you aren't risking national security, a term not to be tossed around lightly. This possibly allowed for a undetectable backdoor into government systems because you have another "cpu" running instructions unknown to the user.

posted on Oct, 4 2018 @ 08:09 PM
link
This is BS that they got away with that. I think we should not let china make any computers we use. I am sure there are other countries that can make them just as cheap but w/o that crap.

posted on Oct, 4 2018 @ 08:22 PM
link
Happened around 2000 as well
Chinese embedding spy chips in all electronics . Especially server class boards.
The reason we have CFIUS today
I.E. It is ok for the average person to be spied on . Just not ok for the government
Make sense ?
Not to me...

posted on Oct, 5 2018 @ 12:48 AM
link
Qualcomm also make chips for Apple. Qualcomm also own Nxp Semiconductors, which absorbed Freescale shortly after their whizzkids were killed on MH370.

Wonder if those techies discovered something they shouldn't have.

Also, wonder what lengths the Chinese would go to, to maintain those backdoors.

Exactly but the govt and millatary has been aware of the issue but hapilly overlooked it for decades.


Ihave wrtten about this in the past and questioned our govt complacency as a smoking gun for workd govt working together and world conflicts being manufactered and coordinated.

posted on Oct, 5 2018 @ 03:53 AM
link
There's a reason why many governments and companies no longer buy Chinese electronics, such as from Huawei. You may call it paranoid, but the Chinese have stolen so much intellectual property that it's become a joke. There is a reason why China has advanced so much in the last two decades - off the back of IP.

There are plent of example, but here's one...

BLoomberg article is better, too lazy to link it now.

Yes this is totally up the CCPs alleyway of dirty tricks and I 100% believe it to be fact. Amazon and Apple (I'm a shareholder dammit) are denying it but Bloomberg sites some good information.

I'm hoping a good IT security firm puts out a report for reading soon with more details.

The thought is that engineers in Chinese companies whom OEM for Apple, Cisco, IBM etc placed these chips on various boards for the government.

originally posted by: SpartanStoic
Amazon and Apple (I'm a shareholder dammit) are denying it but Bloomberg sites some good information.

Companies deny this type of thing as it impacts the share price. In the case of Apple it may even damage their aspirations in China, where they have to enslave themselves to the Chinese regimes intrusion and requirements.

posted on Oct, 5 2018 @ 05:33 PM
link
The denials are all to be expected.
The people that would be in the know would not be able to confirm publicly.
The companies would have to put something out to preserve their stock prices, and can legitimately say they (the people who wrote the statements) that they did not know about it, and had no reason NOT to deny it.

The more vehemently they deny it, the more I have started to wonder ... what would it mean if the Bloomberg story is NOT true?

That would imply many individuals (Bloomberg's alleged sources) in many different organizations (Apple, Amazon, government agencies, etc.) have gathered together to form a conspiracy to ... do WHAT? take-down SuperMicro? short (SMCI) stock?

Overall, if it is true, it's like the biggest Cyber-thing since cracking Enigma.
However, even if it is true, my guess is they only targeted select product-lines from SuperMicro - probably the models mostly used by companies doing the type of work they were most interested-in. Sounds like communications-related stuff like video-processing, etc. If so, that's still a huge big deal, but it's not like we have to worry that every SuperMicro-based server is a threat (at the moment).

Oh wait, isn't there a SuperMicro server in that rack in my "Secure" office .... dang-nammit!

... phew, we did a ticket coincidentally a few months ago to decommission that server. It's been un-plugged (from power) for some time, just hasn't been physically removed yet.

Electronic Design: Is your motherboard hacked?

As it turns-out, this "BMC" feature (even without any China-inserts-a-hidden-physical-chip-hack) has been the source of vulnerabilities not just for SuperMicro (see ZDNet Article) - but also like every motherboard or server manufacturer who includes such features (for example Dell's "DRAC" feature, see Register Article)

Have to wonder as to what other mysterious components and IC are mounted in our electronic devices that serve a purpose we are not exactly privy to.

I mean short of opening them, which can be a lot harder than it seems these days nevermind it invalidates any warranty you may have, then sitting down with a circuit diagram, parts list, and test probe who knows what's really inside the electronic products we use in our everyday lives?
edit on 6-10-2018 by andy06shake because: (no reason given)

So, after reading this article and becoming extremely angry, I hate how Apple denies the attack, to save face. Amazon was a lot more forthcoming with their issues. Apple, disgusting.

Furthermore, since those companies have been severed, I really think this is a wake up call to Americans.

The Chinese are on the offensive now. Something HAS to happen to blunt these attacks.

Call it what you want, THESE ARE ATTACKS ON SOVERIGN AMERICAN SOIL.

the US has some REALLY good cyber security and companies that are tied to truly classified information is almost impossible to get out, ever.

i i were the NSA or whoever i would set up a 'secret' data system that you could be used to find possible spies and lay honey traps in. with CT guys pointing there suspects our way and it being just 'secret' enough for others to think it was a real network and there for a target. see who attacks and i.d them when the bad info is found our used. funny Russia and China are having issues with all their new aircraft? give enough up that's real so you can poison the thieves(whoever they may be) over time with bad info. That would be a 2 for 1 espionage special in my book.