posted on Sep, 24 2018 @ 06:11 AM
link
The last thing I read about this on ATS was the thread by seattlerat here: Russia says space station leak could be deliberate sabotage. I recently came upon further developments. They are not fully verified but appear to reflect what is currently being said in the Russian press.

'Last week, the International Space Station (ISS) experienced a slight loss in cabin pressure. Astronauts living on the station searched for the source, finding a small, 2-millimeter puncture in one of the Russian Soyuz capsules docked to the orbiting laboratory. A micrometeoroid impact was initially thought to be the cause and the hole, which was successfully plugged. But Agence France-Presse reports that Russia’s space agency, Roscosmos, is now claiming the hole in the Soyuz capsule may have been drilled by a technician working on the craft."

"If someone on board the craft did drill the hole, which is unlikely, it’s probably not malicious. Instead, suggests Russian politician Maxim Surayev, it could have been that someone resorted to an extreme measure to return to Earth." source

Such a goof isn't hard to imaginable. In the past, Energia has fired at least one employee for accidentally drilling "completely through the hull of a re-entry module" and trying to conceal that mistake with glue, according to an article published Monday by the Russian news site Gazeta.ru (which we first heard about from Ars Technica).

"I think we're all missing something, including Roscosmos," Bergin said in a tweet on Monday night. "This story is officially nuts." source

There was a strange recent incident on the International Space Station (ISS). The pressure in the station had dropped. In the search of a possible leak, a small (2 mm) hole had been discovered in a wall of the Russian Soyuz spacecraft docked to the station. The hole was located near the toilet and covered by decorative fabric. The US astronauts demanded that their mission be aborted and they return to earth; the Russian cosmonauts just glued the hole with a bit of epoxy and the flight went on. It was promptly established that it was not a result of a meteorite strike; the hole had been drilled. Dmitry Rogozin, head of Roscosm said that it was probably done by a homesick astronaut. This version was considered just too bizarre. It was dismissed by all and sundry as a new proof of Russian goofiness. The preferred version said that the hole was drilled by a Russian worker on the ground, immediately before take-off, as you would expect from inept Russians.

However, it is possible that Rogozin was right. I have heard from people in Korolyev (Russian Houston) a very unusual if unverified story that fits perfectly with the rest of American toilet gender disorder. The setup is as follows. The ISS has an American, a Russian and a common compartments, separated but interconnected. (The Russian segment is the docked spacecraft). There are four astronauts in the Western sector, and two cosmonauts in the Russian sector. Among the Westerners, there is one lady. Though the astronauts are carefully checked, still in the space things could run into uncharted territory. The story from Korolyev says the lady objected to their toilet arrangements as demeaning for her as a woman, and tried to readjust the equipment to fit her requirements. The men did their own readjustment and complained about the feminist. In a short while, the delicate toilet in the Western sector had been broken beyond repair, for nothing is simple in the space, not even going to loo. And the big grown men, ex-Navy and ex-Air Force captains and commanders, had been reduced to use diapers on the daily basis. It is not only unpleasant to use: the ISS has no storage for such a mass of used and stinking diapers. The Western sector began to stink like Paris streets or worse.

By that time, the astronauts became mightily upset by the lady’s extravagant behaviour, and they complained: “Houston, we have a problem! Please take her home!” Houston, or NASA, had two objections to granting their wish. One, diversity and female equality had to be maintained at all costs. The second objection was money. Now only the Russians have the means to take astronauts to the station and back home. Though the US had landed a man on the Moon many years ago, they still have no working shuttle to fly men to ISS. The inept Russians still have their spacecraft, though their best shuttle The Buran and their best space station Mir had been dumped during the pro-Western stage of Russia’s political orientation at American insistence. The Americans have to pay a hefty sum to the Russians for each flight, and evacuation of the virago would punch a hole in NASA budget, bigger and more painful than the hole in the ISS hulk. That’s why Houston replied breezily: “This is your problem, guys! Try to get along with her!”

The Russian toilet and shower worked fine, and the Americans at first tried to use it. But after a quarrel (and alas, people forced to live in close quarters are likely to quarrel), the Russians objected and barred the Western astronauts from their Soyuz. The lady’s mental health deteriorated, and stench and floating excrement made her miserable and vicious; and eventually her companions decided to implement a smart plan. When the two Russians went out to space for scheduled work, the Americans made their way to the Russian module (there are no locks in the ICC) and drilled a hole, sealing it with a sealant and covering with decorative fabric. It was a creative and working idea. The sealant held on for a while and didn’t burst immediately. The pressure in the station is quite low, only one atmosphere, so the hole didn’t present a mortal danger for the team. If and when the leak were found, it would be possible to insist on emergency evacuation of the crew, thus getting rid of the troublesome virago and extricating themselves from the stinky hell while blaming the goofy Russians for the failure. And the best part of it: the hole is in the section of the Soyuz capsule that is jettisoned during its return to Earth, thus eliminating all evidence of the foul game.

But the plan didn’t work out. The Russians closed the hole with a better epoxy sealant and refused evacuation. Keep #ting in your diapers, gentlemen! The Western commander jerked into the Russian module, shouting “I, as a commander, will decide what to do about it”, and he tore off the sealant. The Russians told him: “You are the station commander, but on board the Soyuz you’re just a guest”, and they bodily kicked him out and re-sealed the hole. The cosmonauts reported to Korolyev (the Russian flight control centre), and Korolyev asked Houston to show them video records from the American module to check who went with the drill to the Russian module. The Russian sanitary block (and that is where the hole was drilled) isn’t monitored for privacy reasons. Houston refused outright. The situation on the ISS remains tense; the Russians apparently used force to evict the Americans who tried to drill more holes. The Americans are unhappy as they have to spend all their nights and days with the troublesome woman, and their toilet still does not work. Now they hope that the US will soon be able to send a new all-American commercial private shuttle to remove them, for NASA is adamant in their refusal to pay Russians for the evacuation, and the Russians do not want to do this job for free.

Official Russian opinion so far: "Russian Deputy Prime Minister Yuri Borisov is furious about a story published by the newspaper Kommersant citing an unnamed source at Roscosmos who claims the Russian space agency now suspects American astronauts aboard the International Space Station of sabotaging a module last month, supposedly in order to expedite the return of an ailing colleague.

“It’s absolutely unacceptable to cast aspersions on either our cosmonauts or the American astronauts,” Borisov told reporters on Wednesday. “A commission is underway, and it is by no means possible to pass such verdicts until the investigation is complete. We must wait for the final results of this work, before understanding the nature of this hole. It’s entirely possible that it could have been caused by a manufacturing defect. You can invent as many scenarios as you like.”

"A day earlier, on September 11, Roscosmos general director Dmitry Rogozin noted that the situation surrounding the hole discovered on August 30 was more complicated than originally thought. On Wednesday, however, responding to the story in Kommersant, Rogozin wrote on Facebook: “Spreading guesswork and rumors about what happened aboard the ISS doesn’t help the work being done by Roscosmos experts and is aimed at undermining camaraderie among the space station’s crew. Before the Roscosmos special commission’s work is done, any claims based on ‘sources’ are unacceptable.”" Russian officials condemn a report claiming that a Roscosmos source says Moscow might blame Americans for the space-station hole

It must be hell living up there. 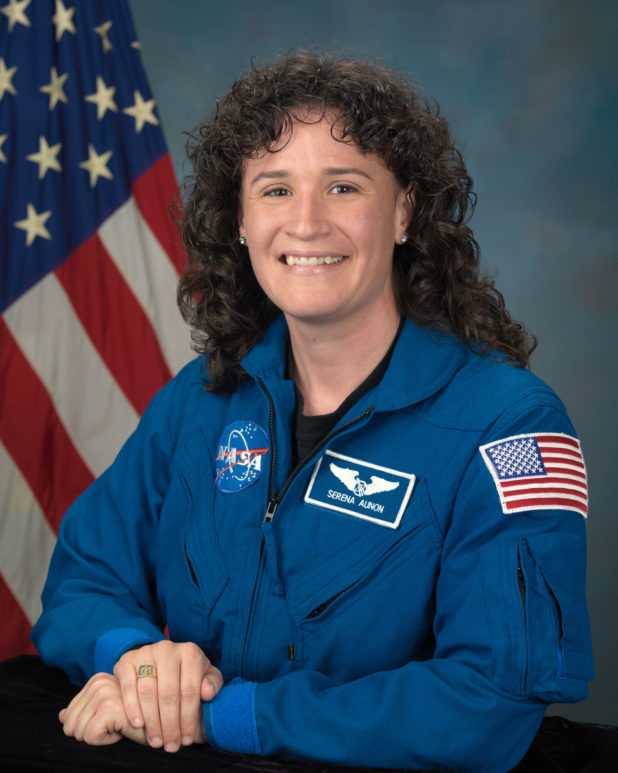 posted on Sep, 24 2018 @ 06:42 AM
link
Get this Russian on the Kavanaugh case he seems unbiased and able to wait for the facts before passing judgment
Isn’t that neat!

Send in the space force to clean it up!

One of the 'nauts aboard the station is an ET, is trying to get everyone to leave, and then haul the whole ISS aboard their ship. Then begins the invasion after a thorough examination of our tech.

He was referencing an orifice that will leak, on a regular basis, something that causes problems, headaches, and frustration.

originally posted by: weirdguy
At my local train station, the toilet cubical has a hole in the wall too. I've never seen an astronaut in there though.

posted on Sep, 24 2018 @ 08:00 AM
link
If the Russians have to return them early, they just might get tired of this nonsense and toss all of the Americans out.

So at you local station there's a toilet with a hole in it, and things get sucked through it, is there anything else you want to tell us..
edit on 24-9-2018 by hopenotfeariswhatweneed because: (no reason given)

Anyone who's used a drill knows that was a fresh hole.

What in the ISS or the toilet cubicle?

The toilet cubicle in the Russian Soyuz module.

Somehow I doubt she'll be invited back again for another mission after this.