There were other times 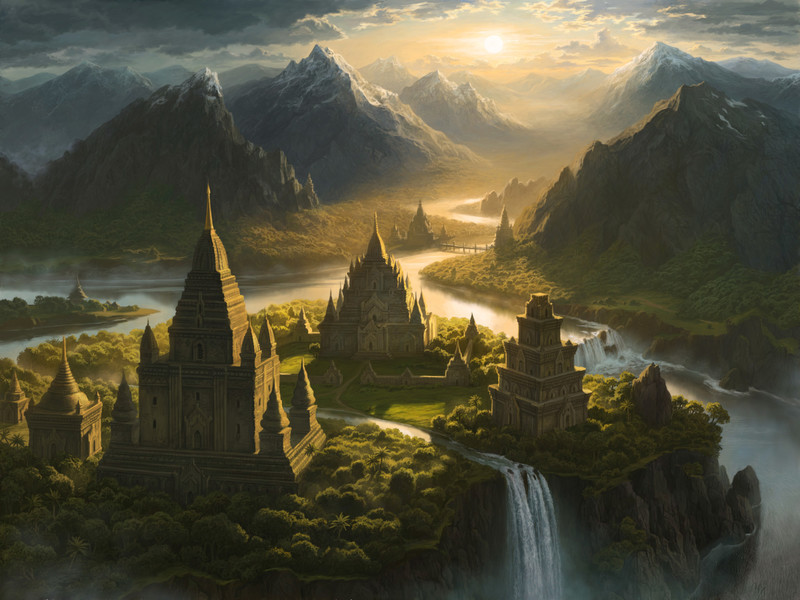 There were other times
my friends
towns of peace and joy
where we lived and loved the other
Our enemies have been clever
their master plan
to make us forget
our faith and our ways.
The long teeth of envy
sunk deep into our veins.
If we returned to our natural ways
for them, it would be
the end of their days.
Our real past is sprinkled in the lands
or still glimmers in some people eyes.
They tied their ropes around our necks
and set in place their evil ways.
But now it is for each of us to
remember.
Please remember brothers and sisters
we are free to live in our own
particular ways.
Full heartedly we may
brake away.
To abide in our own
special way.
Let your tears wash away
the victimhood and suffering.
Begin your real life again
Today.
Abrazos hermanos/hermanas
edit on 1-9-2018 by ancientthunder because: spell check

Free; if only we had wings and could fly.

Times of darkness,
bleakness that would seep into ancient hearts;
where virgins would be cast,
as tributes into even darker places,
to placate the seasons, and the gods.

Times of insanity, madness,
as each individual felt it, if but fleetingly;
yet it was embraced by all,
as hell demanded to stave off darker places,
to placate the soul, in the name of the gods.

Enlightened times arise, they say,
as each of us now stare into our own darkness;
and it is accepted as all there is,
technology has won, without even a fight,
to submit to the void, where the gods exist.

One of these days thunder, maybe you would compile a list of sites or literature that you use to discover our true past. It would be greatly appreciated.

If only we all remembered, what a lovely world it could be again!

Belief is not needed where there is truth in the three worlds... Body/Speech/Mind the Triratna later termed the holy trinity through the mud over the course of time.

The poison of envy/jealousy is in the realm of Amaghashiddhi 64 siddhas reside there... meaning 64 temptations of demons to conquer in challenge to be in that Northern paradise.

Twice a month a horn is sounded and the four kings send out their charges to see where balance exists or does not; who is worthy to rise and who falls due to abuse of those siddhas bestowed as a boon of kammic purity.

The main residence of Mara is basically what those challenges arise and fall as experience... forms and sounds assail one in hordes to move one off the tried and true.

Abusing siddhas is easy for the fool... clear seeing when not abused? Opens a window at the exact right and proper moment to capture what needs to be seen. Holding that door open? Only causes the dream to continue and allows hell to follow or usher in without proper guardians at each gate.

Traveling warily and wearily through all of them without time as a bondage? It is house builder after house builder trying to make ones old wreckage into a house into which to dwell.

The silence of knowing nothing and yet there it all is? Is what earth bound Buddhas/Arhats and pratyekkas and other enlightened beings face.

Like the yin and yang at the center... each of those has a time period before the center sinks. See Buddhist cosmology in the Abidhamma for those levels and "times".

Four realms of the "wheel of life" should not even be bothered with... many siddhas like to blend and twist with animals as seen in the mythos of greece and rome... Bullheaded men, Goat legged men bird bodied women etc. that just means a bad spin of grasping occured at the time of an enlightenment on the human wheel.

Some say that is a guide to how spirit rolls or goes through... no it was what caused Rome to fall. Letting baby animals suckle breasts and genitals that sort of hell that many saw as a paradise men having their way with children and boys etc.

Honestly from a stand point of truth? That is the "womb" realm experience of rebirth... and such is to be avoided to ascend into the higher realms. The trial of the trees is spoken of like the link of the monkey or man picking fruit... if you are the tree? The last one as an Anagami... it hurts and very very painful all your fruit is picked, plucked, eaten and then when it produces no more? Hacked chopped and cut down then thrown into a ravine... thats just ones corpse however... although tree is a good simile for the experience.

This occurs over and over hell trying to stack a holy corpse up to heaven... sad business so of course teachers teach and all they really can do is point the way of those already thus gone.

If a torch could be passed thats what the Olympics tries to suggest... one teacher one passed lineage and then each eventually start handing it all right back to you, that rightful place... while others keep trying to take it away.

Of course in truth this is how it has always been... in that myriad of things that are essentially nothing. Best to use siddhas to quench the thirsts of those unquenchable attached but do not know how to let go of their greed, hate or delusion they trick themselves and each other with.

All I can do is point to where I have been and that means the very same path countless others have gone... being such as this? Not an easy thing in what many drag along as a corpse called past with eyes aflame, ears aflame, nose aflame, tongue aflame, skin aflame not cutting them in one swoop at the link called contact.

The age of darkness is not a time... it is a place. It is ruled by Kali and her chosen consorts... the same with the other "ages" Satiya the golden one? Has never ended. I had a jackass show up to yell at me for walking on "his" streets of gold... it would be comical to say where this sworn to follow til the end of time character got it from... however that would be just as evil as his my street and my gold comment.

Gods/titans and their children... as a hearer; hearing them requests someones death out of greed? How could any tears of sympathy fall in such a place they term as heaven when one knows it is really hell they and those consenting are surely to fall into?

An aeon not very long the life of a human? As the historical buddha said... about the same as a bubble to pop or basically the attention span of a gnat flapping a wing of course all of them trying to ride one's back? As a world elephant... they forget it is only turtles all the way down because it is also turtles all the way up.

Rightly self awakened means the illusion of help when since the beginning ignorance is the first chain out of the demons mouth whatever demon that may be.

edit on 2-9-2018 by ancientthunder because: missing point

posted on Sep, 2 2018 @ 03:48 AM
link
I agree heatily, but if one is to paint a large picture using the dualistic paints on offer. Why not paint something good, something lovely, something beneficial? a reply to: glend

Pretty yes but without duality we can never experience opposing truths. Nullifying reason for the illusion.

posted on Sep, 2 2018 @ 09:19 AM
link
At the moment that seems to be what is on offer! the other you talk of is a choice each individual can make or not. It really boils down to that.a reply to: glend

Step on the eight? Four have already passed; as a shadow hides a whip.

Know why people circumnavigate a stupa on a right hand spin with left shoulder there?

Buddha points to moon only to know who keeps trying to Set the sun back on those old shoulders.

Hands in a lap mean hands or bowl... when a head lands there? Jack o lantern... meaning someone entered the hermits nest.

In shangri la, no-one learns true forgiveness because they can never experience loss of all they love. So the duality has been created and maintained to ensure that life has purpose. That we can experience duality in our sensations. Otherwise creation is all for nought.

posted on Sep, 3 2018 @ 12:51 AM
link
These are good points you make and I am aware of them, none the less. Those who head towards Shamballa the majority of the times its because they have passed through duality and turned their back on it. So duality has served its purpose, also those who know duality only too well also hold on to compassion.
Once you enter the stream of oneness, compassion need not be discarded. One sees that others are stuck in duality for a reason, true compassion does not look down upon those others. But also is not foolish enough to fall back in to the ways of duality.
Wisdom itself dictates if there will be any benefit in interactions. a reply to: glend
best ancient

posted on Sep, 3 2018 @ 01:50 AM
link
The whole world maybe, but there have been pockets, only you have not stumble upon them.reply to: Ghostsinthefog