Is Infowars banned from ATS

posted on Aug, 15 2018 @ 12:25 AM
link
I’m aware that there has been a debate here for many years about Alex Jones. Is he sincere, is he a con man, is he a NWO shill. I’m wondering what everyone thinks about his show being wiped from existence? Are we allowed to talk about it?

originally posted by: ZombieWoof
I’m aware that there has been a debate here for many years about Alex Jones. Is he sincere, is he a con man, is he a NWO shill. I’m wondering what everyone thinks about his show being wiped from existence? Are we allowed to talk about it?


I have listened to him for years and believed what he is saying because I have seen it happen live on tv most of the time. I couldn't believe he was a labeled a NWO shill just within the last (year?) or so... Yes, he does act outrageous but he still has the same message. But IMO he shouldn't be banned, not when we are being asked to accept everything else that DOES go AGAINST our normal beliefs. This is scary seeing it unfold and wonder who is next. Maybe the NWO elites are saying: yes, but we control the buttons on the Internet...what are you going to do about it?"

5-10 years from now? completely different that what we have today if things progress as is.

posted on Aug, 15 2018 @ 12:55 AM
link
I guess that's debatable, because if you click the "share this topic" menu at the top of the page, it pretty much links to all sites that have already de-platformed him.

posted on Aug, 15 2018 @ 12:59 AM
link
Why would he not just switch to another provider whom has no political leanings one way or the other?

posted on Aug, 15 2018 @ 01:08 AM
link
Alex Jones offers a voice to many things we here at ATS should appreciate, and then ignore. Sure it's entertainment, but in a world filled with the programming our media, corporate and government leaders define, it's good to have alternative viewpoints.

In the end, Alex has not hurt anyone with his words, but he must be getting dangerously close.

posted on Aug, 15 2018 @ 01:30 AM
link
Many people here are way down the rabbit hole, Alex Jones just scratches the surface so perhaps to newbies he seems legit but after a while you realize he is just good entertainment.

posted on Aug, 15 2018 @ 01:41 AM
link
Infowars address the exact same issues that are dicussed here, so when people on ATS start bagging AJ and infowars it's kinda hypocritical.

posted on Aug, 15 2018 @ 02:01 AM
link
Alex Jones is an entertainer who will say things, even contradictory things, to keep your attention. I don't think he's a genuine threat to the elite; but they shut him down to make every independent voice look like a loonie.

They attack Alex jones, and it weakens the public image of art bell.

Sure those people are nut bags. But the nut bags always break the REAL stories. Remember, the Drudge Report was a gossip column until Matt Drudge reported that an intern was having sex with Pres Bill Clintin.

posted on Aug, 15 2018 @ 02:26 AM
link
He is a charlatan entertainer who has just latched on to conspiracies to line his pockets. The problem is he deliberately tries to be controversial by making extreme and stupid claims. I believe this actually hurts the general conspiracy agenda, as he appears to be just a loon to the less curious majority.

All he has done is align ranting, tin foil hatted attention seekers with those of us who are more open minded in the eyes of the public.

There's a guy called Stephen Greer who became a millionaire by taking people outdoors to summon invisible spaceships with special torches. Only people who believed invisible aliens responded to special torches paid him money. Jones is similar in making a living off selling people stuff they already believe in. If you already believe essential oils work wonders why not pay $97 (special offer) on the infowars site? Pay $50 for multi-vitamins too. These things are sold in dollar stores.

He might be sincere in his beliefs too. Only he knows.

It doesn't look promising does it? The big media platforms have so much influence that politicians will get into bed with them and vice versa. They'll be shaping public perceptions and paying absurdly low taxes as usual. There's no political push to remedy this despite some lip service and misplaced partisan loyalty. 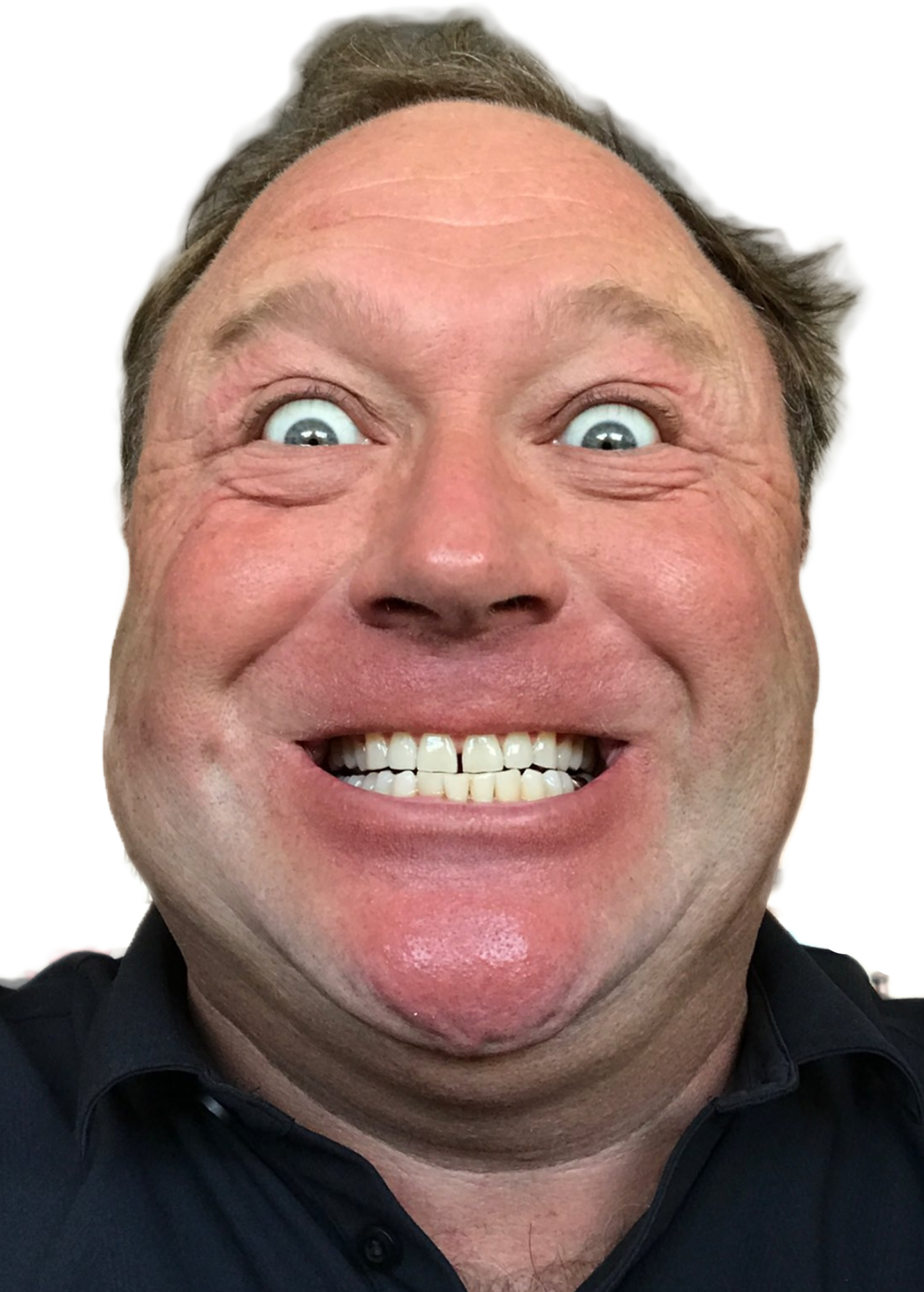 posted on Aug, 15 2018 @ 02:39 AM
link
I still have the play list file I nicked from the source code of his website to play in media player, and it still streams live.

About the sharing posts on the mediums that have banned him, nothing stops people from sharing content. It's up to the panty sniffers to make a complaint and have your channel put into suspension first.

No one who doesn't already watch him, will watch him anyway.. they'll just pat each other on the back, make some glib joke and say GAY FROGS, thinking they're so clever, but being not much more than a nielsen's rating for the MSM.

Man, I would pay a ton to visit the inside of your head, just once.

originally posted by: SR1TX
Why would he not just switch to another provider whom has no political leanings one way or the other?

That would only be temporary. Nothing runs on nothing. IOW, any other provider he might switch to is going to have one weakness. They all need money. It's a business. If they host Alex Jones and their name is put out there in the media, they could literally lose everything just for trying to be fair.

Its the roll out of of the next agenda item of the NWO.

The big corporate media world has become the government above government and in reality, now rules the US and most of the world because of their ability to rule and dictate, via their demonstrated intimidatory power, the content permitted on all media outlets, alt and mainstream.

They have established the rules about what content is ok and what is not.

It also has nothing to do with the right, or otherwise, of government or the private sector to sever access to media platforms.

originally posted by: redletter
The end of this world is a little more than 10 years away. So trust me. Things only get worse from here.

How many times in the last 20 years have you thought the world was going to end? I'm guessing a few, especially 2K and 2012.
Nothing will happen in 10 years.

The Tragedy at Sandy Hook HAS BROUGHT OUT THE WORST of AboveTopSecret.com
**ALL MEMBERS Please read: Sandy Hook** UPDATED 01/21/2013

So, while Infowars is not banned, complete and utter nonsense aka ludicrous online lies are.