posted on Aug, 3 2018 @ 07:05 AM
link
This is entirely a boredom topic, and does not actually represent the beliefs of the poster in anyway, but is merely an observation based upon a specific set of beliefs observed by others in the past. That being said, let's head down the rabbit hole.

I remember awhile back on the boards when there were a whole bunch of shenanigans involving memes and meme warfare with emphasis on Pepe the frog. Whole bunch of stuff about representing some ancient god, and being used as a symbol against the elite, but being hijacked to destroy the symbol by alt right and turning into a nazi and blah blah, blah. Point being the power of symbols to mystically represent and empower things by taking advantage of the collective conscious. Sort of creating a mega god tulpa that helps enforce a goal or will of the group it represents. Thus if Pepe was an elite opposed meme, the clear need to destroy and corrupt the image. That being said, this thread isn't really about that stupid frog, is more for reference and context. So on to the point.

Owls, owls are considered for many reasons to be symbols of the elite, we all know and have heard this. It seems to me that, ever since the Pepe thing, they've become even more common as a symbol, they're everywhere. It almost seems like every other commercial has some kind of owl, and they've even brought back that old commercial that never set well with me, and had kind of twisted symbolism if you consider the owl the symbol of the elite, which is mostly old corrupt questionable politicians and bankers. You the know the one. The lollipop commercial where the naked kid innocently seeks the guidance of the old wise owl who takes his lollipop which represents the child's innocence in the form of his question and the owl instead of answering the question eats the lollipop thus taking advantage of the child's innocent naivety to take advantage of him and corrupt that innocence. The symbolism is seriously messed up if you decide to apply symbolism there.

So are the elite committing memetic warfare with owls? Are they pushing glasses, and colleges, and other products in our faces, along with stealing the innocence of young boys, all using owls for a reason? Why is the symbol of the elite becoming more and more common everyday? It just seems like the owl as a symbol is getting bigger and bigger.

And that's my trip down the rabbit hole for today. It was a hoot to say the least. Let's hope I don't have to Ribbit it later.

It seems to me like every decade or so, a new symbol is pushed all over the media. I must say I personally love owls and birds in general, so I hardly relate owls on TV to shady elite groups. But I have to admit the symbol of owl is rather present nowadays.

But then, to be fair, what would a control scenario look like? I mean, I also see horses, penguins, and all kind of other animals rather regularly in TV commercials. To establish a trend, we'd need to decide what a "normal" amount of appearances of a symbol would actually be, which might be hard to accomplish.

I think part of the trend is how it's use etc. I'm not sure for example one would count a horse that's simply being rode as it's just a horse doing horse things as a background component. Though a donkey being used as a cartoon donkey, say, selling cars would be an example of a equine as symbolism.

I too like birds by the way, though I tend more towards crows and ravens than owls. So figuring this out would involve rules and guidelines and such. At the moment I'm going off the intuitive noticing of such. I'm not noticing other animals being symbolic as much lately that weren't already being used by other groups. There are several groups using symbolism, and that others use their own symbolism doesn't negate say the elites symbolism.

If we assume symbols have power, then multiple groups for multiple reasons will use symbols for power. Let's take the penguins you mentioned earlier. For some reason I don't understand there was a major penguin craze not to long ago, that still has some pull, as a result penguins are everywhere as many companies and groups tried to attach their business and product with penguins to take advantage of the power of the penguin as a symbol because people seemed to like it.

posted on Aug, 3 2018 @ 08:02 AM
link
If i decide to ignore their narrative and insert my own, if i so choose then the symbols have no power/control over me.
Then I'm telling the story and I can give it an ending I like.
The corruption cannot stand if it has no power, the power can only come from our lack of awareness.
The Nazis took the power of the swastika and charged it with mass blood sacrifice so that it still dominates our society as a symbol of hate and division, giving the Nazi's a life beyond death so their evil still has potency and influence. If we could all choose to make it a symbol of peace and friendship then the Nazi's and their agenda would finally die and be forgotten.
Much easier said than done I know, but as an individual I can reject any attempts to manufacture my consent.
Watch the gods fade away when we no longer pray.
edit on 3-8-2018 by Osirisvset because: (no reason given)

Owls are really cool. There is definitely "something" about them though. Always have creeped me out a bit, especially in the woods alone at night. Nothing is quite like an owl hoot breaking perfect silence to give you the creeps.

Realising you're being watched by something you can't see, but is laser focused on you with night vision is quite uneasy. That's why the use of owls in symbols is off-putting. It's basically saying "I can always see you".

posted on Aug, 3 2018 @ 09:18 AM
link
I'd never heard of pepe the frog till somebody did a thread on him/her/it - still dont know what it is meant to mean though. I assume its just a cartoon frog

Just looked up what memes are - so basically any pic with captions ?????

posted on Aug, 3 2018 @ 09:22 AM
link
Owls also have a weird connection with Grey Aliens and Screen Memories according to some.

Bohemian Grove, great example of the owl as the symbol of the elite.

originally posted by: seaswine
"The owls are not what they seem."

Owls are really cool. There is definitely "something" about them though. Always have creeped me out a bit, especially in the woods alone at night. Nothing is quite like an owl hoot breaking perfect silence to give you the creeps.

Realising you're being watched by something you can't see, but is laser focused on you with night vision is quite uneasy. That's why the use of owls in symbols is off-putting. It's basically saying "I can always see you".

originally posted by: Puppylove
a reply to: olaru12

Bohemian Grove, great example of the owl as the symbol of the elite. 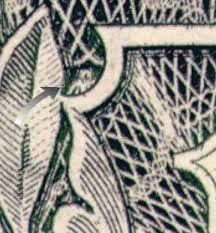 Definitely a WTF. Quite the rabbit hole.

I chose my sig purely as a nod to the Dead Kennedy's. I am so far from Bohemian Grove that you'd need Hubble to spot it.

posted on Aug, 24 2018 @ 02:17 PM
link
In the book The Watershipdown, the owlsa is a part of the government. Definitely representative of watching over.

In the film The Labyrinth, the goblin king turns into an owl to watch Sarah.

Also I learned somewhat recently that owls don’t fly in the rain due to the interference that the rain creates sound/vibrational wise. It basically blinds the owl. Just adding a lil here, I like owls!!