posted on Jul, 18 2018 @ 03:23 PM
link
I was just going through my social media feed, and I was astounded at all the attempted memes from Leftist friends that paint Trump and Putin as gay men having a fling.
Although I didn't find it funny (and I like to giggle my way through an evening), the reactions show many people think this is the height of hilarity.

Now I don't really care if people support Trump or not - what difference does it make in the long term? But, what I find disconcerting is that the so-called progressive Left (nope, not the apparent "Bible-bashers", the Islamists or any conservative group) is consistently taking homosexuality and gay male attraction to insult Trump and Putin.

I mean how many "Trump-and-Putin-are-gay" memes (because being gay is clearly an insult to these people), before you start feeling very uncomfortable, and sick to your stomach?

This is the height of hypocrisy, and no different to school-yard homophobia. Is there nothing really funny the Left can say about them?

Over and over, and over again - imagine any other group did that to lgbt people!

Sorry, if you want political correctness then lead by example!
edit on 18-7-2018 by halfoldman because: (no reason given)

i think people need to mellow out.
i dont see how joking about 2 people being gay equals homophobia

just dont seem like a big deal to me

plus i thought memes were no big deal

i am pretty sure when the bomb in the prophets head wrap # was going down most people were of the opinion of tough #. it is just a meme.

are there levels to memes cause i must not understand.
i didnt see the big deal with the bomb head wrap either

theyre either funny or not

I'd say they either are homophobic or not.

In fact, such memes may be so offensive, I won't repeat any of them here as examples, but I saw about a dozen today.

And to reiterate, this is the so-called "progressive Left"!
The people who wave our Pride flags, and use "homophobia" to actually attack Trump and Putin.

Oh no we don't like these two straight guys (by all existing evidence), so we'll just make them out as gay repeatedly.
Why, is being gay so terrible to them?
Is that hilarious?

Perhaps it shows, white gay men are no longer in the hegemony of Leftist ideology.
Useful idiots we were, like many other groups.
edit on 18-7-2018 by halfoldman because: (no reason given)

Their love for each other is a beautiful thing.

Hopefully, they will both step down soon and open a candle store in Vermont.

originally posted by: halfoldman
I mean how many "Trump-and-Putin-are-gay" memes (because being gay is clearly an insult to these people), before you start feeling very uncomfortable, and sick to your stomach?

It has nothing to do with thinking less of the gay community... Its because both Trump and Putin pride themselves on being stereotypical heterosexual alpha males. Theirs nothing insidious about taking the piss out of them by questioning their sexual orientation, in a light hearted comedic manner.

As a matter of fact, you should post a few of these memes. I'll send them to my old man, his a total right wing christian "homophobe".

Guarantee ya he doesn't see the funny side either...
edit on 18-7-2018 by Subaeruginosa because: (no reason given)

i could go for a laugh

most of them are lame

i dont see the homophobia

a few got a chuckle

and these are a big deal?

Well, different strokes.
Look, I wouldn't say ban it, if some people enjoy that "humor".

But just the hypocrisy coming out of a political camp that will not only troll, but even issue violence and death threats against anyone who makes a statement even slightly racist, misogynist, Islamophobic or homophobic.
In some cases real comedians face criminal charges.

On a constant basis they're using my orientation (or preference, take your pick) to smear people, and I thought we're no longer a smear? 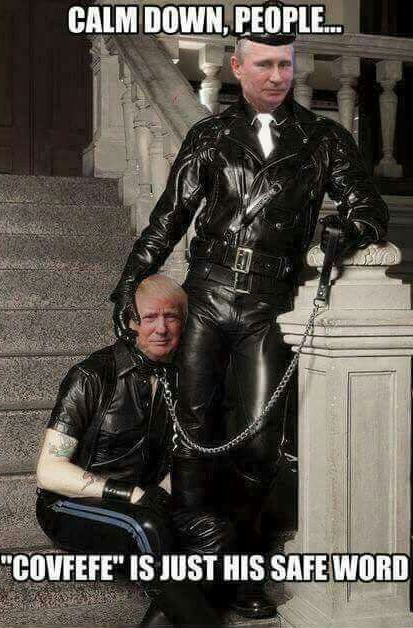 Yes, I am offended. Very offended.

posted on Jul, 18 2018 @ 04:18 PM
link
Well, they can make fun of gay man like it's something weak but you cant do that because then your a homophobic bigot, kinda like the black guy that says the N word all day every day but will threaten to shoot a white guy for saying it, very hypocritical, I dont wanna hear them complain about homophobia stuff again, that's kicked to the curb... I dont know how to post pictures but heres a link, I like this one...

But what is the effect of that on young gay men?
They're clearly being used as an intended insult.
Or rather the anti-Trump camp is using imagery and social conventions associated with being queer, and using that to denigrate people.
Ergo, being gay itself is denigrating.

And that's often people who are offended if devout fundamentalists refuse to bake a gay wedding cake!
I mean what must be worse for your psyche as a gay man?
These are people we thought were our allies.
And now they're using us as a metaphor for something they truly despise!

It's like we're being compared to a pile of manure, by the very intention.

Meme's truly are great are they not! 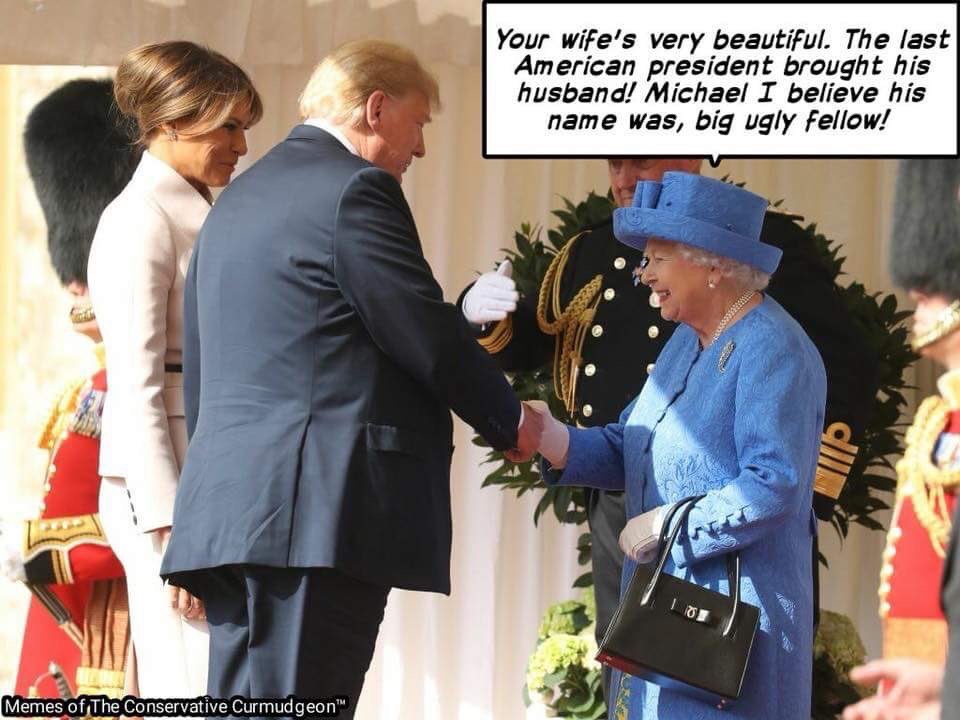 It's not a good joke but a joke none the less.

Just the other day, a few of us were taking our break in the smoking area at work, when someone came up and asked us where the leading hand was... He was then advised by one dude that "he should probably check under the supervisors desk, cause that's where he usually is"...

I highly doubt the dude that brainstormed that genius come back is actually homophobic... If he was, he'd probably be far to insecure to say it in the first place.

Increasing micro-conflicts, even within parties and minority groups.

I mean you wouldn't get an established lgbt Pride march these days without major internal conflicts.

And it changes almost week by week.

It's using homosexual orientation to make fun of people the Left doesn't like.
Indisputably so.
It's making it acceptable to make calling somebody "gay" (or somebody perceiving themselves as "gay") as tantamount to an abnormality or insult.
Why not bring back making lgbt out as psychopaths in the cinema, or "homosexuals" as pedophiles under McCarthyism?

If you take it as you dish it out, fine.
But how often must we walk on eggshells with our humor?
And these people just blatantly abuse us like that!

But one should be aware of memes - you never really know where they originate, and what long-term effect they're meant to have.
I realized that it was a few years back when it dawned on me that a lot of what I considered Lefty memes were actually created by a terrorist called "Jihadi John".
These memes might not have originated with a Lefty person at all, because they're rarely funny.

Just saying if you're truly progressive, think twice of the effects before sharing such memes.
Unbelievable, actually.
edit on 18-7-2018 by halfoldman because: (no reason given)

originally posted by: halfoldman
a reply to: Southern Guardian

But what is the effect of that on young gay men?
They're clearly being used as an intended insult.

you keep saying it but its not true

How is it not true?

Trump and Putin are depicted as gay men in a sense that should degrade and insult them (not by facts or fans - simply to degrade them and gay people).

How should this not indicate to gay people coming to that political camp (which misleadingly claims to be welcoming) that being gay is anything else but an insult, a joke or a shame?

And it's not from a bunch of "religious fundamentalists" (which the mainstream may regard as equally loony).
It's from a political position that has Hollywood, the mainstream Western media, most of academia and an army of censors behind it.

posted on Jul, 18 2018 @ 06:40 PM
link
Putin has some pretty good hackers working for him and operatives in the USA that could make these people calling him Gay suddenly die of an unknown illness or accident. I mean, he is not as good at this kind of thing as the Clinton's are, but he can make it happen.


Finally... I was doing my head in with everyone standing up for this, in the face of it. It really is sickening.

The right, or even those in the middle who don't find it offensive to use memes such as michelle obama as a man, don't scream at and berate everyone else for doing so. So the hypocrisy angle is moot from that side of things.

But the left have screamed down everything as offensive, everyone is equal (as long as they submit to their political ideology) and targeting a 'minority' is the hilt of a sinister mind that should be dragged through the court of social media.

Yet here we have them openly mocking a perception of homosexuality. And sure we will have the dick wiggling scantily clad nun habit wearing gay folk say it's spot on, but for the run of the mill young person, person dealing with life struggles in dealing with their feelings and desires, and people who fought against such mockery, it is a slap in the face.

Nothing but tools to be used. For the left, as they are a hammer to beat the nail of silence into their foe, or for the left, as fodder to be a joke. But a tool, nonetheless, and their rights apparently are meaningless at the end of the day.