I have a very strong desire to cook your noodle & flip your paradigm & worldview upside down.

The strong and powerful urge to completely rock everyone else's world with some brilliant new and radical insight?

But it's frustrating at the same time, in so far as there isn't much of anything that's new under the sun or that hasn't already been considered, and that fist one would have to lose their own mind and paradigm or frame of reference by which to somehow persuade everyone else to follow along and do the same thing, otherwise it would just be a sham; an inauthentic attempt to try to seriously impact others, when in truth you don't have, yourself, the first clue what to say or where to even begin - and yet the urge remains with the utmost sense of urgency and importance, to cook everyone's noodle, including, presumably, my own.

What a wonderful predicament in the place of absolute uncertainty.

But if I try to be a big something in my nothingness, or wise in my knowing unknowing, as some try to do and with the utmost brutality and self-assurance as it relates to everyone else - idiots don't you know that you don't know as much as I do not kind of thing or as some Buddhist platitude or koan.

But if I don't go large and wield a sharp sword with which to destroy your present worldview or paradigm or fundamental presupossition, as a sword that cuts both ways I might ad, then there'd be no way with which to enter into the new world or new domain access point, for either of us.

So the predicament only increases, now bordering on some sort of humor of utter preposterousness and absurdity, while the tension of the unrelenting need and desire and the urge to destroy or release from the past to embrace whatever is this space of all knowledge in the domain of an otherwise unknown unknown or what we didn't even know we didn't know, until we did - REMAINS. It doesn't go away, no, it only increases in some sort of mutual, sympathetic, humorous and playful curiosity as a place that neither of us have the first clue as to its true nature yet what we seem compelled to willingly explore and enter into - like an open invitation extended by God or the nothing that is everything already. We have no clue, but that is precisely where we are going, and must go, if we're to even hope to have the possibility, of having any fun.

Maybe a higher frame of reference is inevitable?

What, are we to walk away from table fellowship and the opportunity to learn, share, laugh and play together and take our ball and go home by trying to assert upon the whole table what everyone else is to think, or to argue over it, each with our own axe ready to hack it to bits and each go our seperate way? How sad, to miss out on such an invitation sent first to the kings and queens and prime ministers who were all too busy and attached to recognize the golden ticket when it was first extended and to have the smarts & the good nature to accept it, sit down and prepare for a few laughs and some good times and good mutual company, together.

No, and it probably has to come at someone's expense anyway, so by their own folly and mistfortune, out it goes again, the great invitation at the command of the true King at the head of the table so to speak, into the streets and even the hedgerows! to the little man, the downtrodden, the lost, the lonely, the tortured and the oppressed in any and every which way, and at some level have we not all been abused by various forces, powers and principalities, and so to them, to US, to you, and to me, then goes the Victory and God's great love & all the blessings of Liberty at a table framed so large that we could not fathom its dimentions in time and space even if we tried.


You'll note that I never said precisely what it IS, the space of all possibility, all knowledge, all freedom, all love and there are hardly words to describe it where any attempt might ruin the mood and cause you to attack me or for an argument to arise, but once at the table, all you can do at best is rock and knock everyone around and make an embassment out of yourself, or then again maybe that is precisely what you might have to risk doing if only to make everyone take notice of where they really are when framed in a certain appropriate context, and one of mutuality. My dear mother once said that "mutuality is the most powerful word in the English language". She was right.

There's joy in the place of table fellowship, of true koinonia.

To have fun and to hold the frame of reference, someone among us is going to have to dare to make a fool out of themselves and I for one would be more than happy to initiate the conversation, which could be at a table or a campfire, or right here and there and everywhere.

Now I'm REALLY at a loss as to what to say next...


I feel better now. I don't need to "change" you any more to fit me or my expectations or that too would ruin all the fun, a table of nothing but me's all around - yuck. We need each other. We WANT each other's company. It's why we are here for the virtual community.

I sure hope someone else participates!

Take's courage to be fully present with others and yet without really having the first clue as to what you're really up to, and without a prior script to go by, while asking everyone else to also have the courage to leave their prior reality tunnel behind which was functioning as a constraint or a limitation upon their, your, free and full self expression.

Anyone know a good joke and one that preferably isn't exclusively at my own expense, I don't know if that would be entirely fair, but then again, it's a wide table and an open field who am I to say that you do not also have the right to make fun of me, and that's really the point isn't it, to laugh at ourselves and at our own prior absurdity and thought-prison as a jail of our own making because we didn't dare step through the door let alone dare take our place at the Big Table, even if only for the fun and enjoyment of it all.

So if there's one thing that i would hope and pray for, for me and for you, it would be a prayer for more courage to be happy and joy filled, even where perhaps for some it must be said that the more that sorrow and suffering has carved into our being, only the more joy we can contain (Gibran).

I love you. God loves you. Loves me too, even in spite of ourselves, and that's pretty funny, but hey let's not start airing all our dirty laundry, that too might spoil the fun, so about that we can all agree, but it's still worth a few laughs anyway, in hindsight.


Best wishes and blessings to you,

Ankh I don't know who and what I am or what's really happening and I don't care anymore as long as I'm not alone in it, with you, Morpork.

posted on Jun, 29 2018 @ 02:36 AM
link
Instead of approaching this with a reactionary bias or any assumption (say due to the title of this thread), I encourage listening to the rain with crickets in the last post and allowing the consideration as a meditation.

Whatever surfaces for you from that, please chime in with anything, anything at all, or nothing at all, either/or is fine... I think?

People can't be compelled to participate in anything, so please don't take offense at the the prompting or urging. Ah sigh, risky business indeed. It can flop, the mere attempt.

You lost me at this point;

You're not trying hard enough.

Nearly spewed over my keyboard at that one.


When thinking occurs - it is known to be occurring. Thought knows nothing - thought is known.

It was not Confucius.

“He who thinks he knows, doesn't know. He who knows that he doesn't know, knows.” ― Joseph Campbell

That'd be Dunning Kruger then.
edit on 29 6 2018 by myselfaswell because: bloody quote went missing

Who do u want to participate ? Anyone, Everyone, Him or Her, Us or Them, He or She, No one or Someone ?

I really don't know what its all about, so honestly is fills me with some doubt ?


Here is a little inviting campfire. We can sit at and roast some Smores while listening to the crickets sing and listen to more of what you have to say. :-) 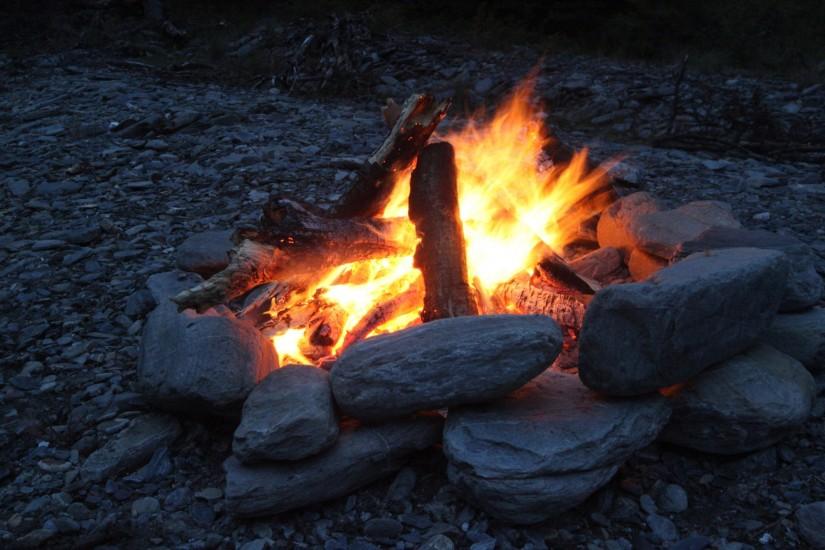 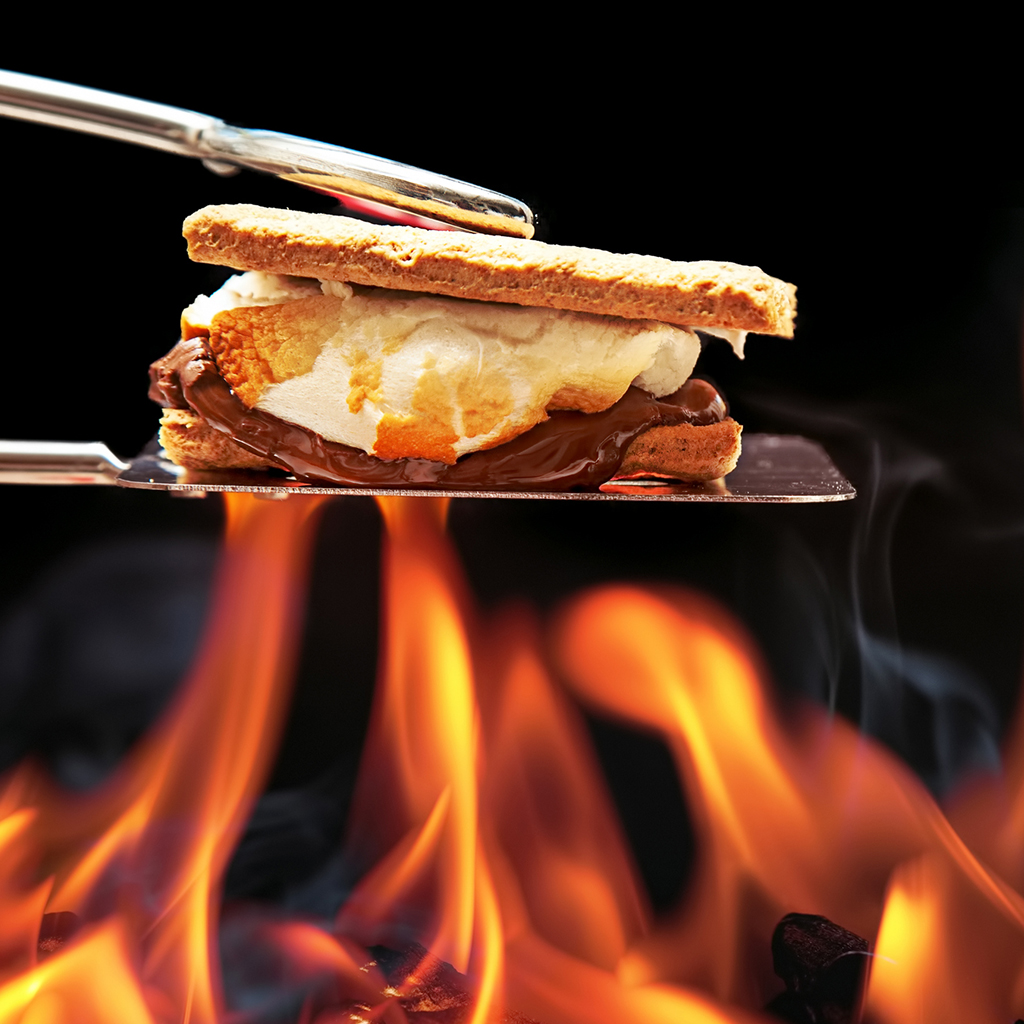 Does that have bacon on it?

Yes I think i see some bacon in there too !

Heck throw in a little of this and that

Anything you fancy really shall do

Wouldn't it then become really phat !

“He who thinks he knows, doesn't know. He who knows that he doesn't know, knows.” ― Joseph Campbell

That'd be Dunning Kruger then.


Would it now?
Care to elaborate?

Let the noodle flipping, paradigm shifting & worldview viewworlding upside down or back to front begin.

Technically this is thread hijacking, but then again I've never really been one to GAF.

So, I reckon the premise of the thread is BS. I only say this because, well, I've been around a bit.

The above statement is complete BS.

Considered by who? You, me, someone else? what?. And life isn't about considerations, it's about experience(ing). anyway.

I consider everything you have added to this thread BS.
But it seems BS gets more stars!!
edit on 29-6-2018 by Itisnowagain because: (no reason given)

What's more stars, precious? Can we eats them?

What's more stars, precious? Can we eats them?

It just shows the mentality of the majority!!
Krishnamurti: “It is no measure of health to be well adjusted to a profoundly sick society.”

It is no measure of health to be well adjusted to a profoundly sick society.

It is no measure of health to be well adjusted to a profoundly healthy society.

posted on Jun, 29 2018 @ 07:07 AM
link
Rocking people's world with reality can get you stuck into the doctors office and being prescribed anti-psychotic or antidepressant meds to dope you up. It is best to moderate what you say in public.

Blocking choline, sodium, or Folate will help to keep you living as a sheep.

I am not hi-jacking

Merely participating in the interesting thread

Your claim is utterly lacking

Here's proof I'm no pirate, I will imbed


To have fun and to hold the frame of reference, someone among us is going to have to dare to make a fool out of themselves and I for one would be more than happy to initiate the conversation, which could be at a table or a campfire, or right here and there and everywhere.

I don't know where we are going, but I know we are going together, and that I am here to help..

How do we discover and embrace novelty do you think?

From what I can tell, anything less is like trying to suck the marrow out of the bones of a dead civilization.

I think we are all wanting a certain freshness and newness perhaps mixed with a little nostalgia for the fun & enjoyment of childhood when everyting was new and vibrant and filled with limitless possibility ie: when summer holidays seemed to last forever.