A body of evidence – including classified NSA documents, public records, and interviews with several former AT&T employees – indicates that the buildings are central to an NSA spying initiative that has for years monitored billions of emails, phone calls, and online chats passing across U.S. territory.

Not too long ago, the House of Representatives allowed the NSA, to continue to spy on Americans, in order to obtain information on potential threats against the United States. The Foreign Intelligence Surveillance Act (FISA), Section 702, allows the NSA and other intelligence agencies, to monitor phone calls, emails and other online communication, in order to keep the US safe from threats. However, as most of us all ready know, many Americans are concerned that these intelligence agencies go too far and are eavesdropping on just about everyone in the United States.

This article uncovers how the NSA uses "physical infrastructure" in eight key cities and a partnership with AT&T, to spy on Americans. AT&T is one of America's largest telecommunications companies and it's used by other foreign companies to transport their customers’ data.

hidden behind fortified walls in cities across the United States, inside towering, windowless skyscrapers and fortress-like concrete structures that were built to withstand earthquakes and even nuclear attack. Thousands of people pass by the buildings each day and rarely give them a second glance, because their function is not publicly known. They are an integral part of one of the world’s largest telecommunications networks – and they are also linked to a controversial National Security Agency surveillance program.

Atlanta, Chicago, Dallas, Los Angeles, New York City, San Francisco, Seattle, and Washington, D.C. In each of these cities, The Intercept has identified an AT&T facility containing networking equipment that transports large quantities of internet traffic across the United States and the world. A body of evidence – including classified NSA documents, public records, and interviews with several former AT&T employees – indicates that the buildings are central to an NSA spying initiative that has for years monitored billions of emails, phone calls, and online chats passing across U.S. territory.

The NSA documents, which come from the trove provided to The Intercept by the whistleblower Edward Snowden, describe AT&T as having been “aggressively involved” in aiding the agency’s surveillance programs. One example of this appears to have taken place at the eight facilities under a classified initiative called SAGUARO.

The NSA maintains there are safeguards in place to prevent eavesdropping on domestic communication between Americans living in the United States. However....

there were “technological limitations” with the agency’s internet eavesdropping equipment. It was “generally incapable of distinguishing” between some kinds of data, the court stated. As a consequence, Judge John D. Bates ruled, the NSA had been intercepting the communications of “non-target United States persons and persons in the United States,” violating Fourth Amendment protections against unreasonable searches and seizures. The ruling, which was declassified in August 2013, concluded that the agency had acquired some 13 million “internet transactions” during one six-month period, and had unlawfully gathered “tens of thousands of wholly domestic communications” each year.

After reading this article, I'm not sure that any American is safe from "warrantless wiretapping." The NSA can just claim, like they did in 2017, that spying on non-target United States persons, were just “inadvertent compliance incidents.”
edit on 6/26/2018 by shawmanfromny because: spelling

The kind that the games the Two Party + MSM Systems drama scenes keeps US distracted away from.

So what's Trump going to do about it?

edit on 26-6-2018 by IgnoranceIsntBlisss because: (no reason given)

I agree that this is both unnerving and important, but I don't think Trump was the one who created this problem...do you?

New rules issued by the Obama administration under Executive Order 12333 will let the NSA—which collects information under that authority with little oversight, transparency, or concern for privacy—share the raw streams of communications it intercepts directly with agencies including the FBI, the DEA, and the Department of Homeland Security, according to a report today by the New York Times.

“if analysts stumble across evidence that an American has committed any crime, they will send it to the Justice Department,” the Times wrote. So information that was collected without a warrant—or indeed any involvement by a court at all—for foreign intelligence purposes with little to no privacy protections, can be accessed raw and unfiltered by domestic law enforcement agencies to prosecute Americans with no involvement in threats to national security.

This goes back to before Dubya.

Obama was hailed our our savior by the one half... 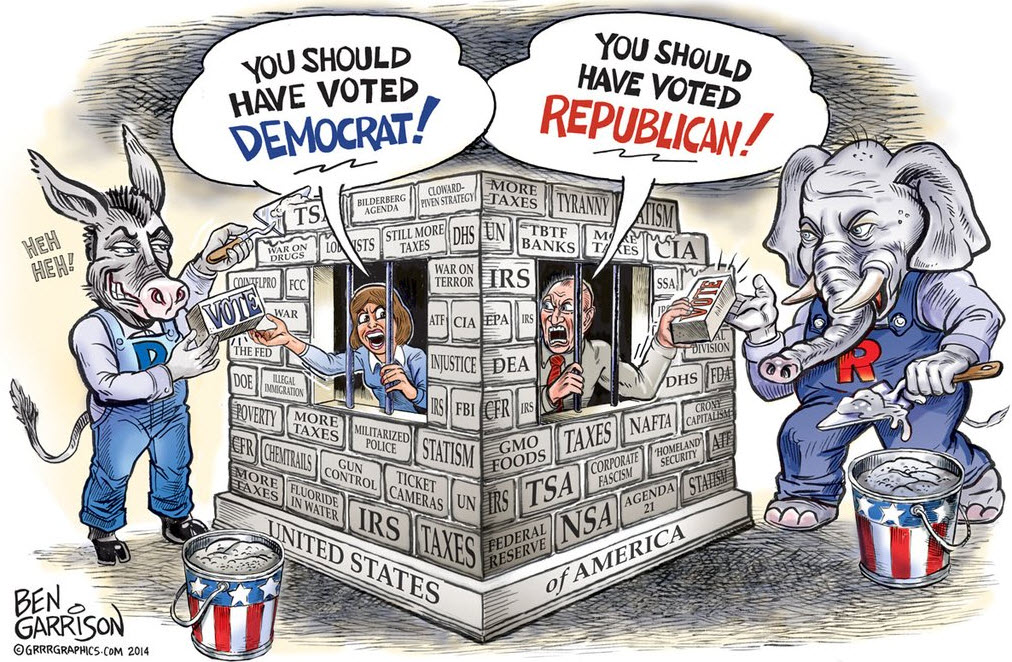 edit on 26-6-2018 by IgnoranceIsntBlisss because: (no reason given)