I think we should start this tribute to George with a prayer:

I'm sure few are unaware of George. For those that may not here's a brief bio:

Carlin was noted for his black comedy and reflections on politics, the English language, psychology, religion, and various taboo subjects. He and his "seven dirty words" comedy routine were central to the 1978 U.S. Supreme Court case F.C.C. v. Pacifica Foundation, in which a 5–4 decision affirmed the government's power to regulate indecent material on the public airwaves. He is widely regarded as one of the most important and influential stand-up comics; one newspaper called Carlin "the dean of counterculture comedians".[1] In April 2004, he placed second on the Comedy Central list of "Top 10 Comedians of US Audiences".[2]

The first of Carlin's 14 stand-up comedy specials for HBO was filmed in 1977. From the late 1980s, Carlin's routines focused on sociocultural criticism of American society. He often commented on contemporary political issues in the United States and satirized the excesses of American culture. He was a frequent performer and guest host on The Tonight Show during the three-decade Johnny Carson era, and hosted the first episode of Saturday Night Live in 1975. His final HBO special, It's Bad for Ya, was filmed less than four months before his death. In 2008, he was posthumously awarded the Mark Twain Prize for American Humor. In 2017, Rolling Stone magazine ranked him second (behind Richard Pryor) on its list of the 50 best stand-up comics of all time.

George was a vehement critic on what he saw as infringement on the First Amendment, as noted above. The routine that challenged this was The 7 Words:

George's unique mixture of comedy and social commentary spanned topics from political corruption to rape. If you listen to his take on the Reagan administration you will note many similarities between that and future administrations:

People he can do without:

"And who made this man a 'captain?' He's a pilot and leave it at that. Tell the captain Air Marshal Carlin says, 'Go F yourself." Classic.

Brenda was his wife for 36 years(they had one child) and produced many of his specials. 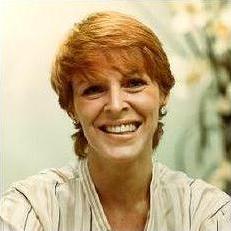 Her passing in 1997 left George empty. He was understandably quite crusty for a few years after that.

Brenda Carlin, TV producer and wife of comedian George Carlin for 36 years, died in Santa Monica on Sunday of complications from liver cancer. She was 57.

Carlin, who married her husband in 1961, helped build his early career and served as line producer on most of his early HBO performances, including “Carlin at Carnegie” and “Carlin on Campus.”

Throughout the 1970s and ’80s, Carlin was active in cable production, freelancing as an HBO talent coordinator on 17 comedy specials. She is credited with helping discover standup talents including Garry Shandling, Paul Reubens (aka Pee-wee Herman), Harry Anderson and Howie Mandel.

He bounced back and his comedy continued.

He wasn't shy about taking a stab at the Catholic church which he was raised in:

And it only seems fitting to end this with his bit on entropy:

George is 10 years gone today but his words from 45 years ago to today are still relevant. You have an issue check George. He's probably got an opinion on it. If YT isn't working for you get All My Stuff: 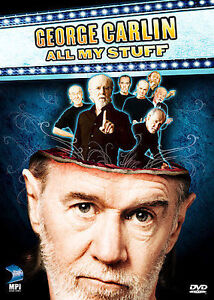 It isn't all his stuff. You'll also need his last HBO special It's Bad For You. That's just the specials. It would take forever to point out all his material. This is the core though.

George was a special entertainer. A comedian, teacher, philosopher, etc. He's not missed as much as others as his vast catalog is still pertinent. So these 10 years haven't seemed so long.

All the greatest comedians have a social conscience and this dude was one of the first to truly kill a crowd with it. He mocked the # out of the political classes and the stupidity of our daily doings. Piss funny too.

His discography is awesome. Some comedians go for a few years and never get past 2-3 'Specials.' I might be wrong here, but I don't think many (if any) others have produced so much stand up even when they've had long careers.

No Bill Hicks without him. I'll even go out on a limb and say he was the master of long jokes that many have repeated since. It's not like he passed the torch on to the others; he created and lit the damn thing. A burning legacy!!

Wow that's freaky...just yesterday I used a line from his "That's good shjt" mono. Just out of the blue. Lol
George was a treasure, a visionary and he broke ALL the rules.

If only Politicians were as brutally honest as George Carlin, the World might make some kind of coherent sense.

There's a pissed off group in this Country for everything you're not supposed to say. - George Carlin.
It's the Context that makes words good or bad. They're only words. - George Carlin.
edit on 22-6-2018 by ADSE255 because: (no reason given)

We borrowed my uncle’s conversion van (think The A-Team van but with wood paneling and a tv and VHS player) for a family trip to the beach...my uncle had 4-5 Carlin specials on VHS he left behind in the van — I managed to get into one one day when I was left alone. It left quite the impression. This was right after the first Iraq War (summer of ‘93?) and the ‘bombing brown people’ bit was getting tons of run...but my initiation was the ‘stuff’ bit.

The man absolutely shaped my worldview.

I thank you, you crusty ole purveyor of unadulterated truth, Mr Carlin.

George was one of my favorites and i needed these memories tonight..

posted on Jun, 23 2018 @ 08:06 AM
link
I've never understood why people think he was funny. He has some great quotes, but I just don't see him as a comedian. Think he was very bright, made some excellent points, but meh on the humor. I'll try watching a few more videos I guess. Thanks for the thread OP, I know I'm in the minority and he is certainly a legend.