R.I.P. Tony Hancock- "The lad himself"

posted on Jun, 2 2018 @ 07:32 AM
link
This month is the fiftieth anniversary of the death of Tony Hancock, television comedy’s champion of truculence.
As I’ve borrowed him for my signature, I should not let the event go by without notice.
Here he is, eloquently addressing a British jury;

In his screen persona, he was Anthony Aloysius Hancock, resident of 23 Railway Cuttings, East Cheam.
For most of the television run, he lived there with his lodger, Sid James;

This was not meant to sound like a fashionable address.
He was “the little man”, perpetually struggling against a world trying to put him down.

His insecurities would push him into pretentiousness, or pomposity, or passionate indignation.
“You must be stark raving mad!”
“They can’t do that to me, a man of my calibre!” (That last word always emphasised on the middle vowel)
Examples of all three can be found in his best known episode, “The blood donor”.
(The cast includes a very young June Whitfield)

Perhaps it should be explained that blood donors in Britain are giving their blood, not selling it. All they get in return is the “cup of tea and a biscuit” mentioned in the script. That’s why Tony can preen himself on performing a selfless civic duty. For which, in a perfect world, he would be receiving a badge.
Youtube does not currently host the second part of Blood Donor, but I can at least put up the sequence containing his most famous line, regarded for a long time as the best in television comedy;

“I came here in all good faith to help me country- I don’t mind giving a reasonable amount, but a pint!
That’s very nearly an armful!”

Another favourite is “The poison pen letters”, in which Tony is plagued by anonymous, threatening correspondence, from somebody who knows him intimately and hates him intensely. The police are called in. I won’t give away the outcome, but it does involve a man writing and posting letters in a sleep-walking state, using his left hand to disguise his handwriting from his waking self.

When the episodes are viewed retrospectively, part of the appeal is that none of the “bloopers” have been smoothed out of the way. In those days, programmes were either broadcast live or recorded on tape which was too expensive to encourage multiple re-takes.
When actors made mistakes, they glossed over them and carried on, just as they would have done on a live theatre stage.
So Tony stumbles over a line and remarks casually “I think I’ll take another run at that”.
Or he may be teasing fellow-actors about their own stumbles;
Tony (visiting Sid in a police cell); “You are dead guilty, mate.”
Sid; “You don’t know what I’m accu-yused of yet.”
Tony: “I don’t need to know what you’re accu-yused of. You are dead guilty”.
Then there’s the time when Sid is trying to explain a plan he’s proposing, and mangles a sentence ending “…you don’t know what it is yet.” Tony simply replies “I still don’t know what it is. Try that again.”

How much of the credit belongs to the people behind the scenes, the writing partnership of Galton and Simpson? This has been a long-standing debate.
Of course they created the situations for these episodes, and they also (to a degree) created the onscreen character.
Could they have done the same job with a completely different front man?
After all, they did achieve similar success with another series, “Steptoe and Son”, a sitcom based on the lives of a pair of rag-and-bone merchants in London;

(I have chosen the episode about the coffins)

A couple of decades ago, the premise of “the writers did the real work” was tested by a series in which many of the Hancock episodes were re-made, casting Paul Merton in the leading role.
I don’t think they proved their point. Paul Merton was acting well enough, but he was clearly acting. One always felt that Tony Hancock was just being himself.
The truth is that Galton and Simpson had developed their character by highlighting and exaggerating some of the traits they observed in the actor.
Tony admitted, in a television interview, that he had sometimes been surprised and disconcerted to find that remarks made a couple of weeks back had been written up into the script and turned into something funny.


Arguably, that was part of the trouble. The publicly insecure and tormented Anthony Aloysius was getting uncomfortably close to the privately insecure and tormented Anthony John.
We are told how much Tony disliked the idea that his achievements depended on other people, and always wanted to prove the opposite. If necessary, by managing without them.
“Hancock’s Half Hour” had begun as radio comedy, with a slightly larger fictional household. When he transferred to television, that team was broken up, and only Sid James was kept.
When Tony felt that the television show was becoming a double act, Sid James was also dropped.
In 1961, he broke off the connection with Galton and Simpson, and also broke with his agent. He then transferred his work from the B.B.C to I.T.V, which was known at the time as “the other channel” or simply “the other side.”
He also made a couple of films;

I don’t know that the ITV shows were very successful. I don’t remember any of them, which probably means that my family was not watching them.
In 1968, he tried to revive his career by making a series of shows in Australia. But the sense of failure seems to have pursued him even there.
He died by taking pills in his apartment in Sydney. The world had finally done that to a man of his calibre.

I would rather close this with one more example of Tony Hancock at his best;

posted on Jun, 2 2018 @ 07:32 AM
link
+++
Anyone looking for Hancock episodes on Youtube should be warned that most of them have distorted sound, which spoils the effect. You still get the script and the physical acting, but a voice-distorted Hancock is not the same thing at all.
With that reservation, I can offer the rest of Tony’s struggle with an obstinate jury.

We are just about finished with losing this lot. The comedians of old, many who went from radio to the new television.

I can't think of too many still with us.

posted on Jun, 2 2018 @ 07:50 AM
link
a reply to: pheonix358
John Cleese was on a cult radio show simultaneously with his early television. I'm doing a tribute to that one next weekend.


Hancock was a comic genius who's sardonic humour set the stage for those who were to follow , nice to see a thread authored about the legend and the man here.


Also a big fan of Harry H. Corbett , Steptoe and Son was so much more than just a comedy and Galton and Simpson's writing was sublime.

posted on Jun, 2 2018 @ 08:08 AM
link
a reply to: gortex
On Steptoe; Our English teacher argued at the time that the pilot episode was actually a tragedy, in the classic sense.

I've never heard of this fellow but I'll check him out.
My wife says that we are British at heart since we like so many British shows.
Everybody knows Benny hill and Harry potter but that's where it ends.

I'd hate to miss anyone so now I'm off to find this guy.

posted on Jun, 2 2018 @ 08:54 AM
link
a reply to: Bluntone22
Yes, he's from an older generation than the others mentioned, as you may tell from the clips being in black-and-white.
In his day, he could empty the streets and the pubs because people stayed in to watch him.
I hope you do get pleasure from your discoveries (remember my warning about the distorted voice, though perhaps that matters more to people who remember the original).

Tony Hancock was born and lived in the same road as myself in Hall Green Birmingham.

Here is a photo of the commemorative statue to him in Birmingham City Centre. 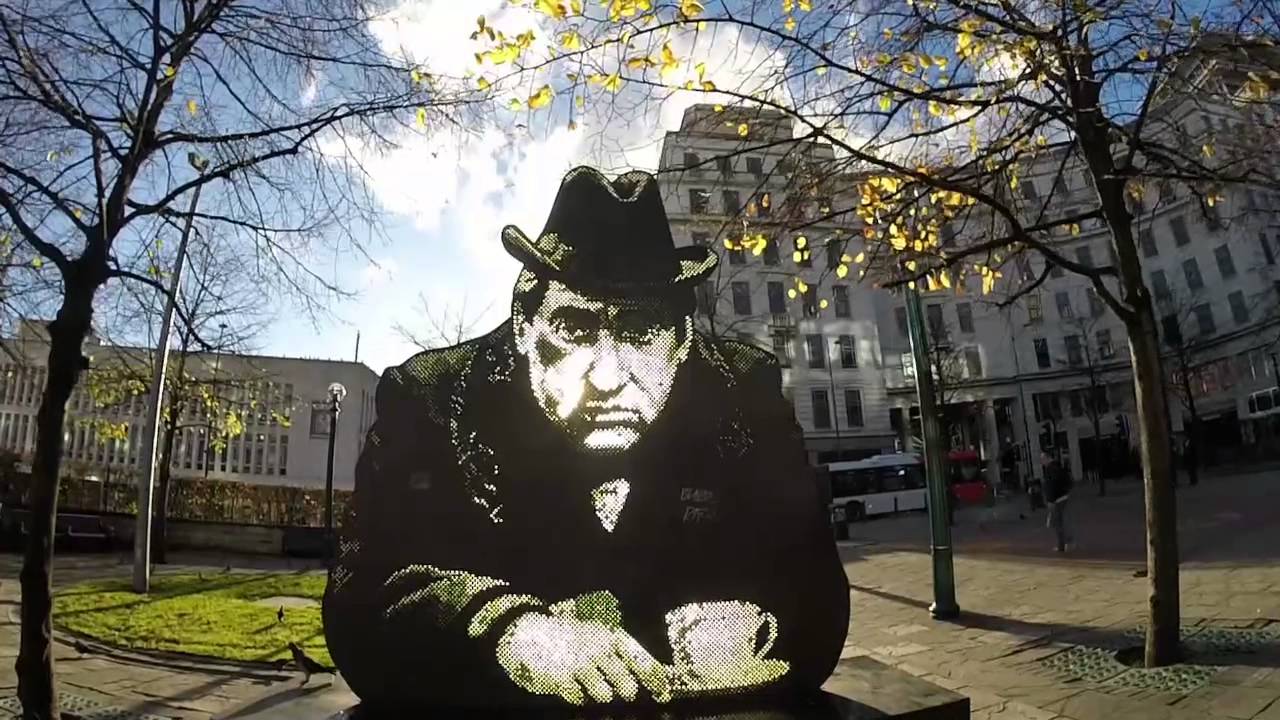 Hancock was a genius and way ahead of his time.