Where's all the threads saying it was unique, fresh, and original? That it subverted expectations and left us spinning after all the plot twists and shocking revelations.

Wasn't it the movie Star Wars fans have been asking for all along?

Where's all the threads applauding the tight script-writing, bulls-eye dart throws of piercing humor, and stellar acting that made you forget it was a cash-grabbing prequel?

Surely there weren't glaring contradictions in the plot or character motivations. Who would believe the story progression didn't make much sense.

Where's all the threads saying you were glued to the screen and already salivating at the thought of seeing it twice, or even three times thereafter?

Who is going to stand up and say

We needed to know how Han got his name! (Whooaaaa!)

We needed to know about those stupid little dice! (A prop no one even noticed before.)

We needed to know about the Kessel Run! (An adlibbed line by Harrison Ford that somehow became a central plot point.)

We needed to know about gay robot sex! (I know, right?) 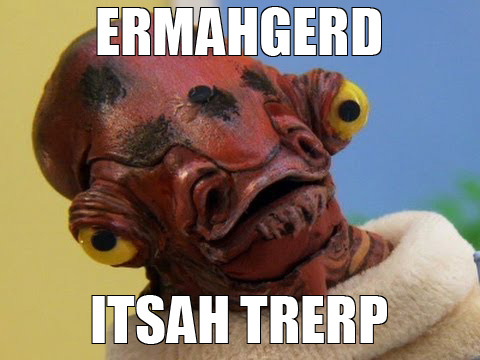 posted on May, 28 2018 @ 06:17 PM
link
Considering the disaster the production was I found the end product entertaining, Woody Harrelson was great, Maul should had double sabers...


I heard it was meh.
Redbox worthy.
Guess when you piss off Star Wars fans by destroying their childhood your movie studio might just reap the consequences.

originally posted by: Indigent
Considering the disaster the production was I found the end product entertaining, Woody Harrelson was great, Maul should had double sabers...

Woody is always great. It's a shame his character didn't make any sense.

I would go into more details but I'm trying to keep it spoilers free. I want you to feel the disappointment all on your own.

It's a movie nobody wanted or had expectations for it, how could someone be disappointed by it?

originally posted by: Indigent
a reply to: NarcolepticBuddha

how could someone be disappointed by it?

What it says about our culture that our childhood memories could be destroyed by the commercialization of a scifantasy franchise.

Man we were hooked hard as kids.

That should piss you off more than anything else.

Why people continue to expose their children to this nonsense is dumbfounding.

posted on May, 28 2018 @ 07:14 PM
link
Nope and I won't bother.
heard it bombed at the box office too unfortunately.
I was hoping my premeditated feelings toward the movie would had been wrong.
But the numbers are pretty week.
Although perhaps people were just out doing other stuff because it was Memorial Day weekend. Maybe next weekend those number will sky rocket.

Highly doubt it though

Although perhaps people were just out doing other stuff because it was Memorial Day weekend.

originally posted by: EmmanuelGoldstein
It can't be as bad as the Jar Jar movie thats coming out next.
I hear its all about Jar Jar and his home planet, when he was a kid. No humans, all Jar Jar people.


Consider this. Phantom Menace and Jar Jar are about 20 years old now and people still talk about it or mention it.

No one will be talking about Last Jedi or Solo 20 years from now.

At least phantom menace tried to be a Star Wars movie.
It was a bad one admittedly but they did try.

Why are you so worked up about it?

I don't remember seeing bunches of threads about the last few movies either...

It's a movie, who cares?

Kathleen Kennedy is that you?

I classify myself in group 2.

After what that slob Rian Johnson did with The Last Jedi,
I'm distancing myself from Star Wars Disney.

Why criticize the critic? What gets you so worked up to do that?

If you're taking a question as criticism maybe you should reflect on why you feel that way.


She's the president of Lucas films that shoved her progressive agendas into the movies.
And China don't buy Star Wars...