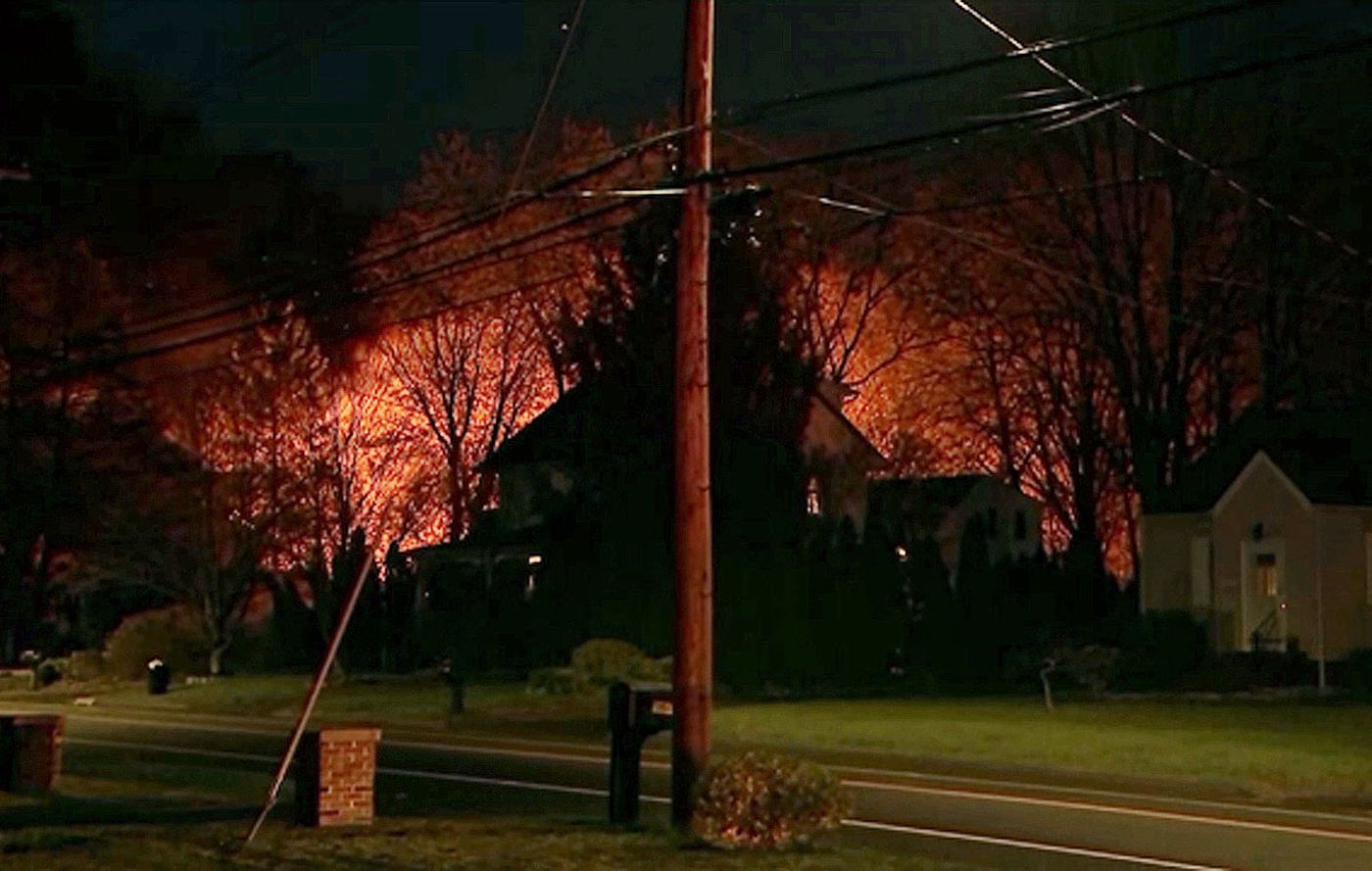 Police were dealing with a serious "domestic dispute" when the barn blew up! That must have been a shock! The wife made it out safely, but it is unclear if the suspect is alive or in custody. The injuries to the police were apparently "non life threatening", but a body was found. I'll be following this story to find out more!
SOURCE


A body was discovered among the charred remains of a Connecticut barn, which exploded Wednesday night as officers attempted to negotiate with a man holding his wife hostage, police said. Authorities have not yet identified the remains, which they found on the North Haven property Thursday morning. Nine officers were taken to Yale New Haven Hospital with minor injuries including cuts, abrasions and bruises after the blast. They were trying to coax the suspect out of his home in North Haven, Conn., during an hours-long standoff when a barn on the property exploded around 8:30 p.m. and sparked a massive fire.


Police responded to reports of a "very, very serious domestic" dispute on Wednesday afternoon, and spent hours trying to negotiate with the suspect, who barricaded himself inside the home, Freda said. A SWAT team arrived at the scene, and several officers were searching the area around the barn when the explosion went off, according to Freda. At least six officers suffered non-life-threatening injuries, Freda said, while the hospital issued a statement saying seven patients were being evaluated.


Freda suggested the barn was rigged and said, "Based on the way the explosions took place, from what police told me, there was a series of explosions, which may indicate some sort of rigged booby traps," according to the Hartford Courant.


ETA: Here's another source with a more detailed description of the event: Washington Post Article

So the couple were in the house when the barn exploded? And a body was found in the remains of the barn? So probably not the husband right?
Wonder what the state of the body was.
This is interesting because it appears there's another crime here.