On June 18, 2016, one of Facebook CEO Mark Zuckerberg’s most trusted lieutenants circulated an extraordinary memo weighing the costs of the company’s relentless quest for growth.

“We connect people. Period. That’s why all the work we do in growth is justified. All the questionable contact importing practices. All the subtle language that helps people stay searchable by friends. All of the work we do to bring more communication in. The work we will likely have to do in China some day. All of it,” VP Andrew “Boz” Bosworth wrote.

“So we connect more people,” he wrote in another section of the memo. “That can be bad if they make it negative. Maybe it costs someone a life by exposing someone to bullies.

“Maybe someone dies in a terrorist attack coordinated on our tools.”

The explosive internal memo is titled “The Ugly,” and has not been previously circulated outside the Silicon Valley social media giant.

well as I predicted last week, the Cambridge analytic story is coming back to bite people.

Now we find out more and more about the shady practices of facebook.

Here we have a memo admitting to "questionable contact importing practices" and saying even if people die, its worth it.

I think FB would have to be even more questionable in their operations -- serious 'spying' and freely sharing information with the government -- if we want them to police for us...i.e. report possible terrorist attack planning and online bullying done via FB.

But, then, I closed my FB account and made my choice clear.

If others want that and want to use FB...that's none of my business.

This is a fake public tongue lashing.

The Cloud Act is what should be focused on.

The search and seizure laws were just completely circumvented by bouncing a server off another country.

originally posted by: Mandroid7
My take?

This is a fake public tongue lashing.

The Cloud Act is what should be focused on.

The search and seizure laws were just completely circumvented by bouncing a server off another country.


I agree with you.

Like I said the other day on a thread.

The same media and politicians that are outraged (outraged I tell you!) about Cambridge analytica praised Obama and facebook for dataming in 2012.

Then they signed the cloud act.

But now, because its the story of the day to get trump, they act like private vbusinesses having access to this info is a terroble thing, only a week after they voted for more of it.

Corporatism is evil and anti-human. Always has been, always will be. 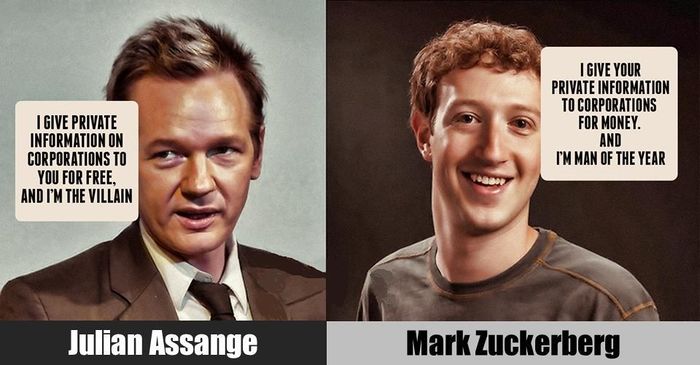