Didn't see this posted anywhere yet. It happened hours ago. Woman drove into the building and apparently the car caught fire. A man who was working in the building pulled her out.

This is NOT the main building of the Broward Sheriff.

ETA: They're saying it was done on purpose. There was an accelerant in the car. I read someone inside the building sustained an ankle injury trying to run. Those are the two injuries. The man who was painting said it sounded "like dynamite". Keep in mind, he's probably never heard dynamite explode in his life, so please don't take that and start saying there was dynamite in the car.
edit on 19 3 18 by face23785 because: (no reason given)

I'd say the deep state funded the dynamite, the FBI facilitated the act, Trump paid for the car, and she was distracted on her Obama phone.

And don't think for a second that the NSA wasn't well aware.

ETA I almost forgot, the guy who was injured once worked for the Clintons.
edit on 19-3-2018 by sine.nomine because: (no reason given)

You're ruining the game. Only one guess per entry!

I'm sorry. I want to change my answer to "official story"


For sure Hillary, Obama and Putin!

Seriously though, sound somewhat similar to the "unstable" individual who set himself on fire and drove into a hospital. We get the headlines but never the full story.

posted on Mar, 19 2018 @ 05:44 PM
link
I would look for more details but I have an irrational fear of burns. I mean everybody is afraid of being burned, but I mean like I can't even watch movie scenes where somebody is on fire. Which is strange considering I worked with jet fuel for 13 years.

posted on Mar, 19 2018 @ 07:00 PM
link
I agree with what the Op mentioned about being burned, then again there's also self immolation. More information is needed, of course. This may or may not even be related to the BSO. Have to look at the directions that could come into play with it for now.

If it was not the doing(or aided by someone else) of the women for suicide, what then? Why would, for example, evidence be stored there for the MSD shooting case and not at the Main BSO office? Let's say some of it was stored there, doubting we'd ever be told as such, unless in the case of evidence destroyed if that was the was with this.

Could possibly be that she was going to seek help before acting by the added attention-on fire or other, hoping someone would notice before a final suicide action. Maybe Pembroke Park building has other offices, may have been something to do with one of those locations instead or as well.

Maybe she's a victim(associated family/friends) of the MSD shooting. Of course, the main speculation, hiding evidence. Lastly, someone who is just mad for the fact of what they feel was wrong, for example, during the shooting. That and or coupled with someone going made from rage, conspiracy or other. Let's hope not, that the crazies don't start acting out such as with Sandy Hook and other shootings effectively discrediting-in the eyes of the masses- any questions of the official story.

originally posted by: face23785
I would look for more details but I have an irrational fear of burns. I mean everybody is afraid of being burned, but I mean like I can't even watch movie scenes where somebody is on fire. Which is strange considering I worked with jet fuel for 13 years. 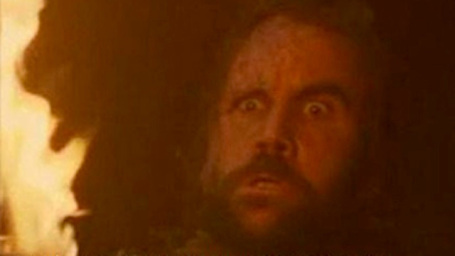 
originally posted by: face23785
I would look for more details but I have an irrational fear of burns. I mean everybody is afraid of being burned, but I mean like I can't even watch movie scenes where somebody is on fire. Which is strange considering I worked with jet fuel for 13 years.

Yeah the weird part is it never used to bother me when I was younger. I could watch movies or even real clips and it didn't bother me. It's a recent development.

posted on Mar, 19 2018 @ 07:46 PM
link
Really, i don't know what the hell is wrong with the citizens of Broward/Coward County. This woman drove into a building with accelerants for some yet unknown reason. Just crazy.

People in that city should be demanding the resignations of the Sheriff, at the least for his incompetence.

Zachary Cruz, the brother of the shooter has just been arrested after he broke in to ride his skateboard around. He said he went there to "reflect on the school shooting and soak it in."

The woman has been identified as Lasandra Johnson. She faces charges of arson and burglary. Burglary..article doesn't say but maybe she robbed someone before crashing.

The accelerants were apparently gallons of gasoline. This crash could have been much worse, but thankfully she didn't seem to know what she was doing. Dumb criminals.