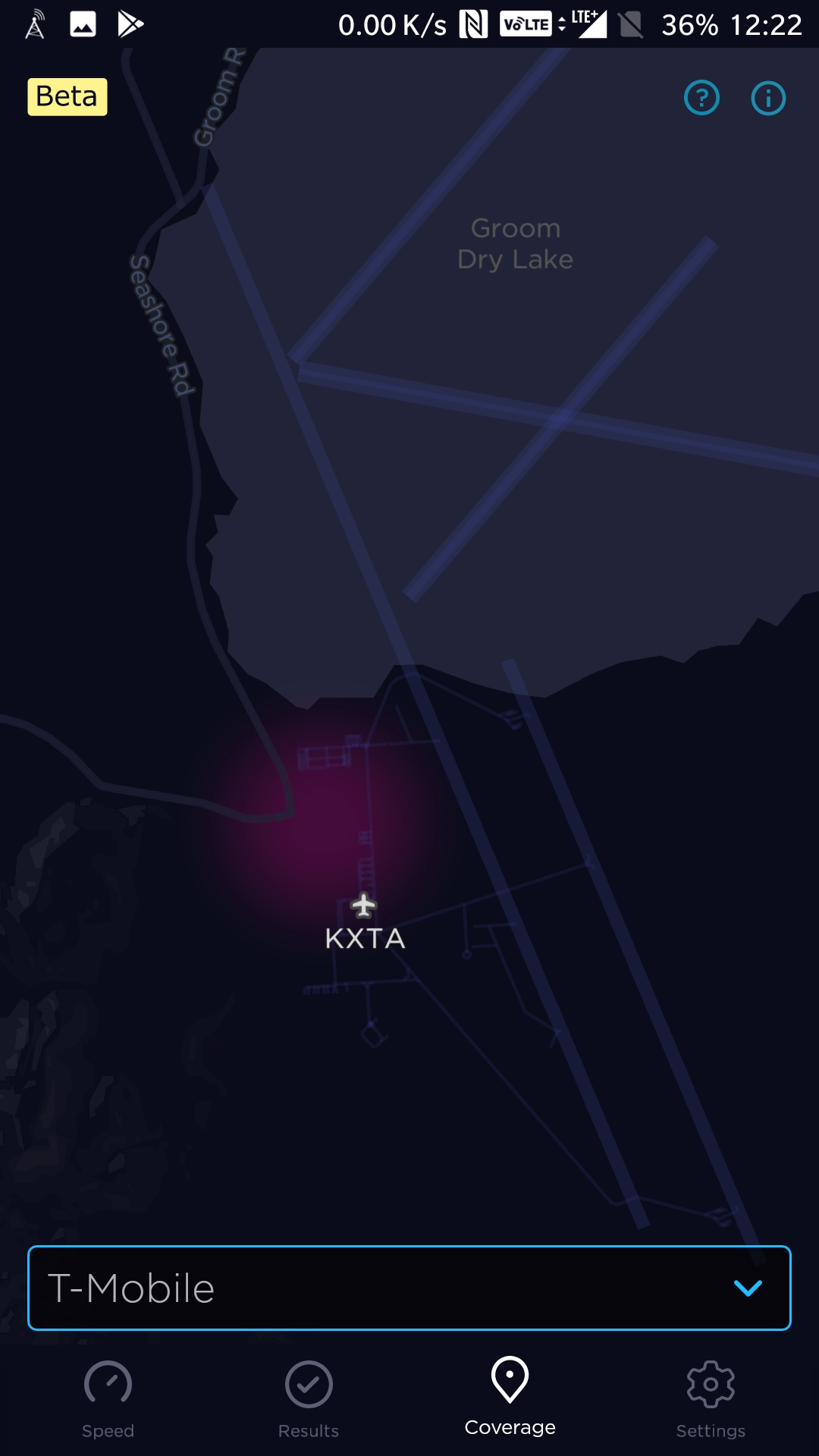 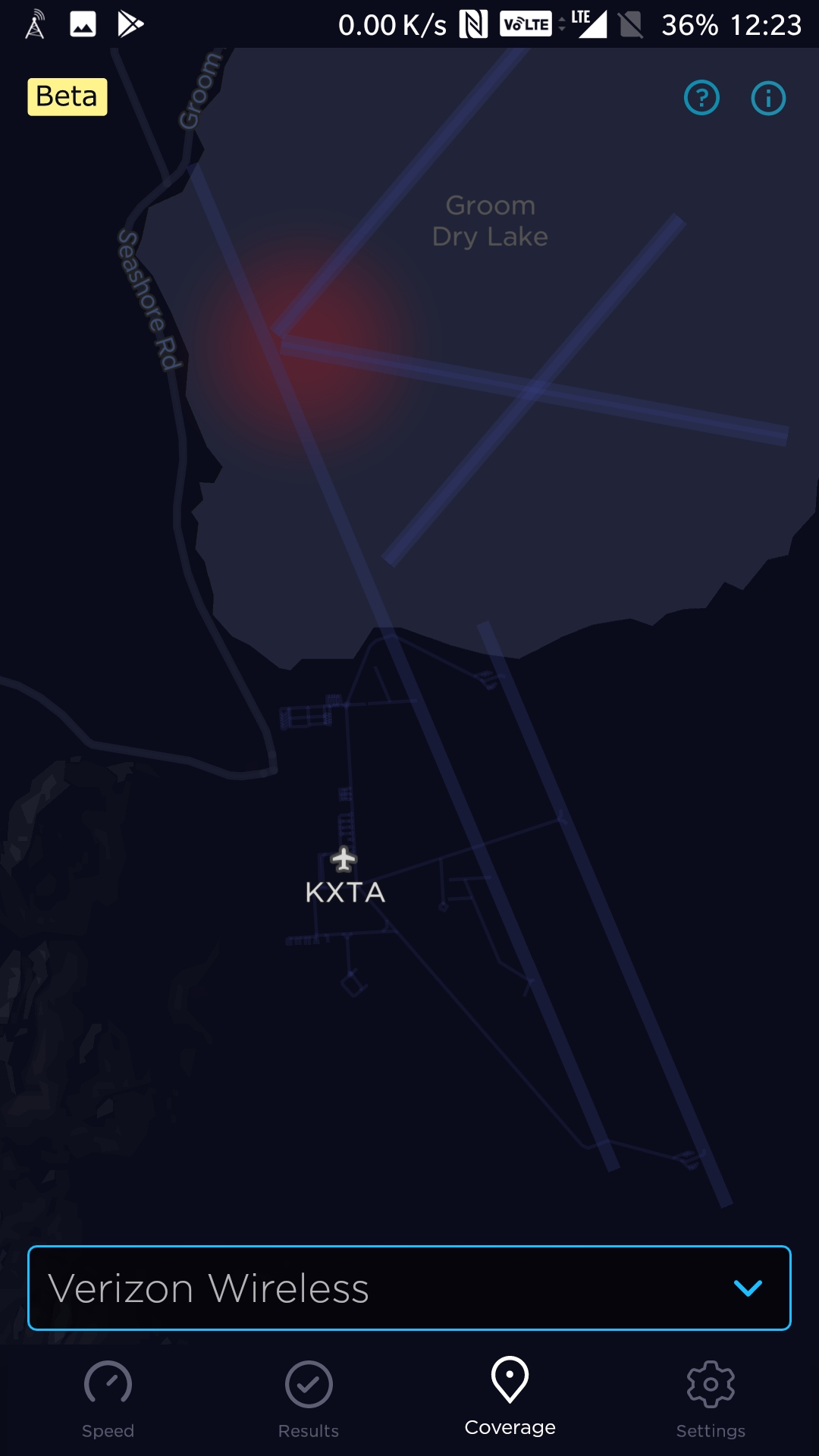 I suppose many people on the forum have an app on their phone called Speedtest. It is from Ookla. I noticed a beta feature in the app that provides a signal strength reception map of sorts. Emphasis on "of sorts" since there is no documentation on how this map is created. You can tell it uses Open Street Map based on the annotation used around Groom Lake.

The images I uploaded are for Verizon and Tmobile reception. There was nothing for AT&T. In classified areas, you don't get to bring your handy pocket spy machine AKA modern cell phone, so I am really suspicious that the indicated reception is real. Further I don't know if you actually had to be running a speed test for anything to be recorded.

Nevada Test Site employees have been allowed to carry cell phones for years. Back in the day, they had those Blackberry phones with no camera. There was a tag of sorts on the phone to indicate some power that be blessed the phone. I have no idea what the current rules are.

So at the moment, log this activity at Groom Lake as interesting but not an OPSEC failure like those fitness trackers.

posted on Mar, 13 2018 @ 03:46 PM
link
Id assume they can bring their cell phones on the base but once they got to specific areas they probably have drop off points to prevent any security violations. That’s my best guess based on my experiences, but we’re talking about one of the most secure bases in the world so who knows. As to cell phone coverage, I’d assume they probably have a very limited network for very specific people.
edit on 13-3-2018 by amicktd because: (no reason given)

Claim is the app runs all on its own.

Probably someone techie doing a speed test to see what the download speed is on the wifi there.

posted on Mar, 14 2018 @ 01:46 AM
link
Likely the government has there own cell site that is based on the StingRay system. and they record everything.

Calibrating the map, the blue dot south of the Tonopah civilian airport is n38 w117. This is known as a confluence point. Since this location is in free territory, it can be found on the Confluence web page:
N38 W117

While is is possible some geeks went to the confluence point and ran a speed test, it is more likely Ookla decided to map some test to this confluence point to give the tester some privacy.

The Groom Lake points are not at a confluence point.