I Had Too Much To Dream Last Night, by The Electric Prunes

Released in early 1967, the song featured heavy effects, some of which were accomplished unintentionally. The fuzzed-out guitar intro was a played-backwards effect. The recording was truly ground breaking, and had people in the music biz asking how the sounds were created. Great lyrics as well.


Season Of The Witch, by Donovan

Itchycoo Park, by The Small Faces
Another 67 release. The band dismissed it as a teenybopper pop song. Strange.
It was banned off and on for what radio stations said were drug references.
The song was actually about a park near Oxford. The "dreaming spires" line refers to Oxford's architecture.
The park was nicknamed "Itchycoo Park" because stinging nettles grew abundantly.
The cool flanged drum effect was actually done mechanically by the recording engineer, who moved the tape reels
very slightly on playback, and the end recording had the 'whoosh' effect. The flanged drums are heard much better
on the original mono recording than the remastered digital releases.

"On a cloud of sound I drift in the night"
Need I say more?


Sky Pilot, by The Animals

Classic anti war song released in 1968. They protest that no matter how much we pray and look to the church, the horrors don't go away.
"Soon there'll be blood, and many will die. Mothers and fathers back home, they will cry." The Sky Pilot is the priest, the vicar.
The middle of the song has a break with battle sounds, guitar feedback, and then bagpipes.

posted on Mar, 1 2018 @ 12:32 PM
link
I was just nine years old in 67’ .. but I remember the music well having had older siblings that played the music of that era. Still love it . Thanks for creating this thread OP.

'Mary Jane' by The Baroques

Mary take me away...

Op, thanks for posting, always like a little psychedelic lunch.


Magic Carpet Ride is one of my all time favs... sigh... Pictures of Matchstick Men, too... gotta love the scrambled mind soup lyrics and effects/organs back before effect pedals...

Blue Cheer. Holy noise. I saw them over in SF once. I had never seen a band that had the entire stage behind them filled with huge speakers. It was one noise fest. But we didn't care because we were there to be immersed.
Ain't no cure for the summer time blues.
Most of my friends at the time dismissed them but I loved them for a short period, til my ears gave out.

Psychic TV put out some cool stuff in the 80's

The best Psychedelic songs EVER.

Hello fellow birthday year chums. I was also 9 in '67 and I liked a bunch of the songs posted here (and even remember the words; go me LOL).

Thanks for the memories OP.

posted on Mar, 1 2018 @ 02:45 PM
link
Back in '85, I bought this groovy looking vinyl picture disc by a band called "The Seeing Eye Gods". I had no idea at the time it was a Brett Gurewitz (Bad Religion) side project. 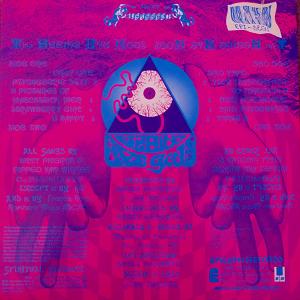 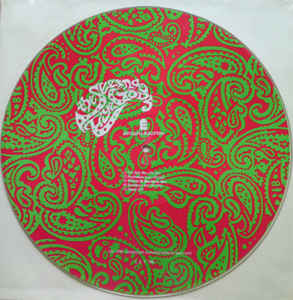 The distorted guitar sound was an invention of Dave Davis of The Kinks. It was first ever heard on " You Really Got Me " from 1964. Story on how he did it here.

Music journalists also agree that The Kinks made the first ever psychedelic record in 1964. Here it is.