I was wondering if someone could help me with my twitter profile image, where I'm wanting to have a blue flame gif in the middle of this pic 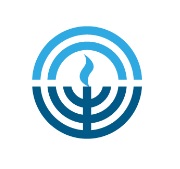 Same size flame, with blues and turqoise and emerald, gracefully moving about and flickering in a mesmerizing way.

I'm playing the role of a Jewish person with the name of King David's spy who put down the rebellion with a cunning hoodwink, sylized slightly with the word Hierarchy.

All in good fun.

But I was thinking and had noticed that someone else on twitter had a gif in their logo image (where some people post an image of their face).

Can anyone help me with this?

I got tons of likes on a tweet that i made in response to the Israeli Prime Minister thanking President Donald Trump for administrations help in something to with Jordan.

It's highly effective, but the flame there, a very special and graceful blue flame would really wow everyone, and cause them to pay even more attention to what i have to say.

If anyone could help with this, I'd certainly be immensely grateful and appreciative.


Like that yes. Can you smooth it out a bit and would it be possible to add in any more colors, and light?

really, you ought to be grateful that even one person was nice enough to try and help you put a fancy bow on that hot mess of a twitter. now you want revisions?

if you'd tried that on the chan back before it became quite as infected with the current madness, you'd have heard some NYPA for sure....

You should have tried the folks in the ATS Avatar creation thread.

It may be a litte different from the usual request but I know the people in there have an endless patient and a ton of creativity..(revisions are a very common thing)

definitely was not chasing you around, this thread came up and i looked at it, and had the response i had to your posts. i was also giving you the benefit of the doubt but now i just think you're coming across as entitled and naive when you ask for things like this. but i think AttitudeProblem is a super nice and helpful person, so there's that.

if you feel it's risen to the level you feel harassed, definitely report it to the mods so they can give me a talking to about it if they agree.