YPG forces score a successful hit of Turkish armor near Khafar Yanli village, outside Afrin. Video released by YPG press. The tank was not damaged to bad, still seems operational. Skimmed the back of the turret. Good German armor. 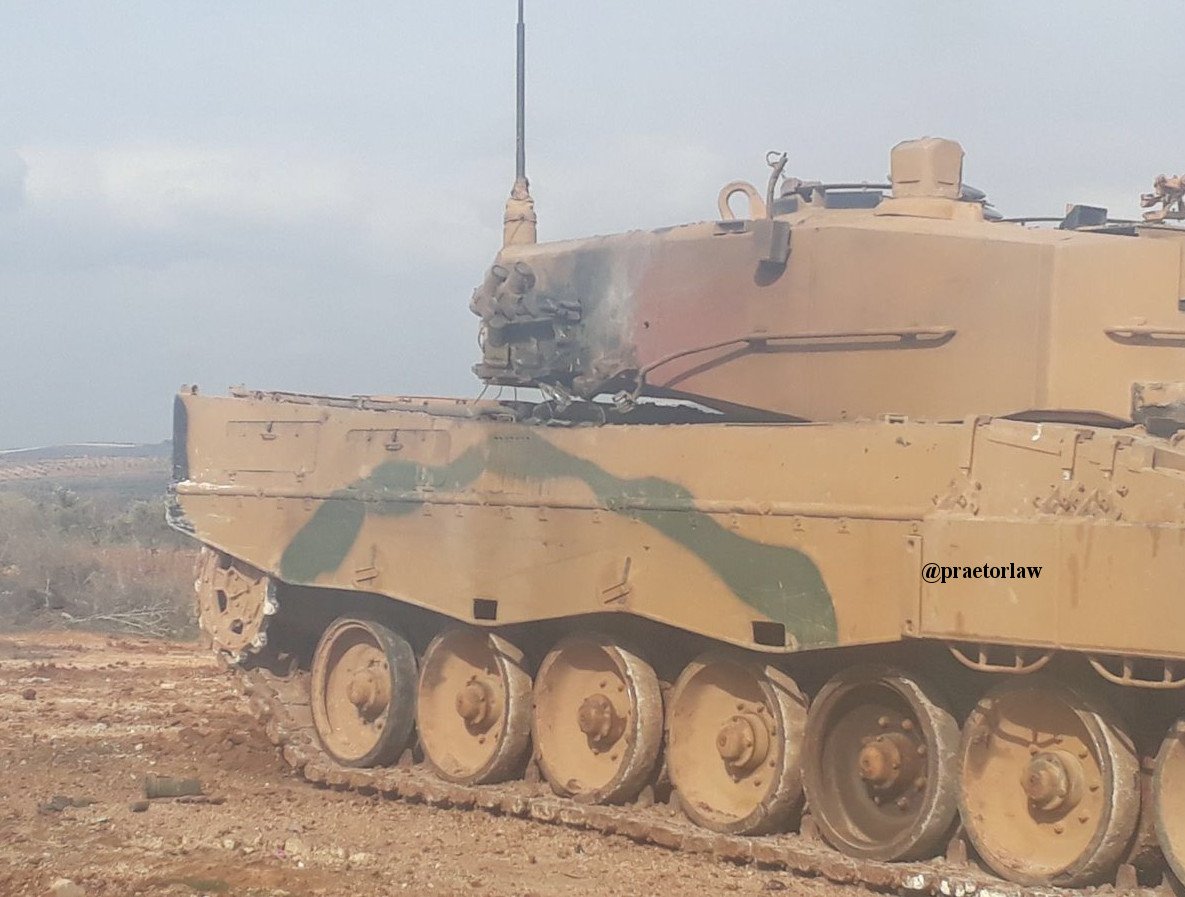 posted on Jan, 21 2018 @ 10:54 AM
link
Turkish news covering the aerial operation from Saturday the 20, January 2018. 72 units participated and struck 108 targets, the second round is fully underway already as well.

posted on Jan, 21 2018 @ 11:50 AM
link
Turkish aligned forces use a technical with a zsu mounted to attack ypg positions from across the border through a breach in the wall.
ACV-15 laying down fire on YPG forces.

posted on Jan, 21 2018 @ 02:38 PM
link
Could anybody help me ID this video? It is being posted on youtube and twitter titled as some kind of YPG confrontation with Turkish/FSA ground forces. But I don't believe that is what this is. Where and when is this video from?? AT twenty seconds i see a bright flash the illuminates the area, and a flag or two are visible but not really discernible. Can anybody else figure this out?

posted on Jan, 21 2018 @ 11:25 PM
link
How sad, I was attempting to initiate communication with a Kurdish user who commented on the video to get clarification on who was fighting who, but that comment was removed. At least they kept my video up. I wrote a comment in their language the best I could to find out more from others who may still have communications access, but with what I wrote about Turkey they will likely delete that too.

So weird to see 1984 style revisions play out in real time.

posted on Jan, 22 2018 @ 12:22 AM
link
The following villages have allegedly been captured and occupied by Turkish/FSA forces:


However the YPG rebuke the claim on the last three towns and /or have retaken all but Korni, and issued a statement saying as such. Its hard to know for sure with such limited communications access.


Rojava Defense Units | YPGNo villages were captured, there are intense clashes in those allegedly captured villages. The only point that had been seized by mercenaries was a hill in Raju district and is reseized by us now.

YPG claim to have regained control of Adah Manli, Shadia and Surka villages of Raju district and Shinkal village of Bulbul district, as intense clashes continue along some areas of the border


I would speculate that the conflicting claims are a matter of back and forth lines of control. SO far it seems that the Kurds are managing to hold their lines overall, but we are only a couple days in.

posted on Jan, 22 2018 @ 01:35 AM
link
a reply to: worldstarcountry
lol thank you Bigburgh for helping me to id this as the Knob Creek annual night machine gun shoot. Not specifically certain which year this is though. God Bless America, where civilians can own these weapons for fun and self-defense and anybody who dared to invade our land can be erased by a citizen before they even flinch from the sound.


Silly middle easterners, they only wish their citizens had this power.
edit on 1-22-2018 by worldstarcountry because: (no reason given)

"All the Turkish military's ground attacks against Afrin have been repelled so far and they have been forced to retreat," Nouri Mahmoudi, a YPG official, said. Since the morning, the combatants have exchanged shelling and clashed along several frontlines around Afrin, he said.

Thousands rallied against the attacks in the border town of Amuda in northwest Syria. In Turkey, police used pepper spray against pro-Kurdish protesters in Istanbul and Ankara.

Turkey said it had hit targets including hideouts used by Kurdish militants. The YPG said Turkey's strikes killed some civilians and accused Turkey of striking civilian districts and a camp for displaced people in Afrin.

Erdogan said some of Turkey's allies had provided the YPG with 2,000 plane shipments and 5,000 truckloads of ammunition, comments that appeared to be aimed at the United States.

France called for restraint and an emergency meeting of the United Nations Security Council which will hold talks about the situation in Syria on Monday, foreign minister Jean-Yves Le Drian said.

Russia, which backs Syrian President Bashar al-Assad in the civil war, will demand in the United Nations that Turkey halt it's operation in Afrin, RIA news quoted a member of the Russian parliament's security committee as saying on Saturday.

You were very insistent about 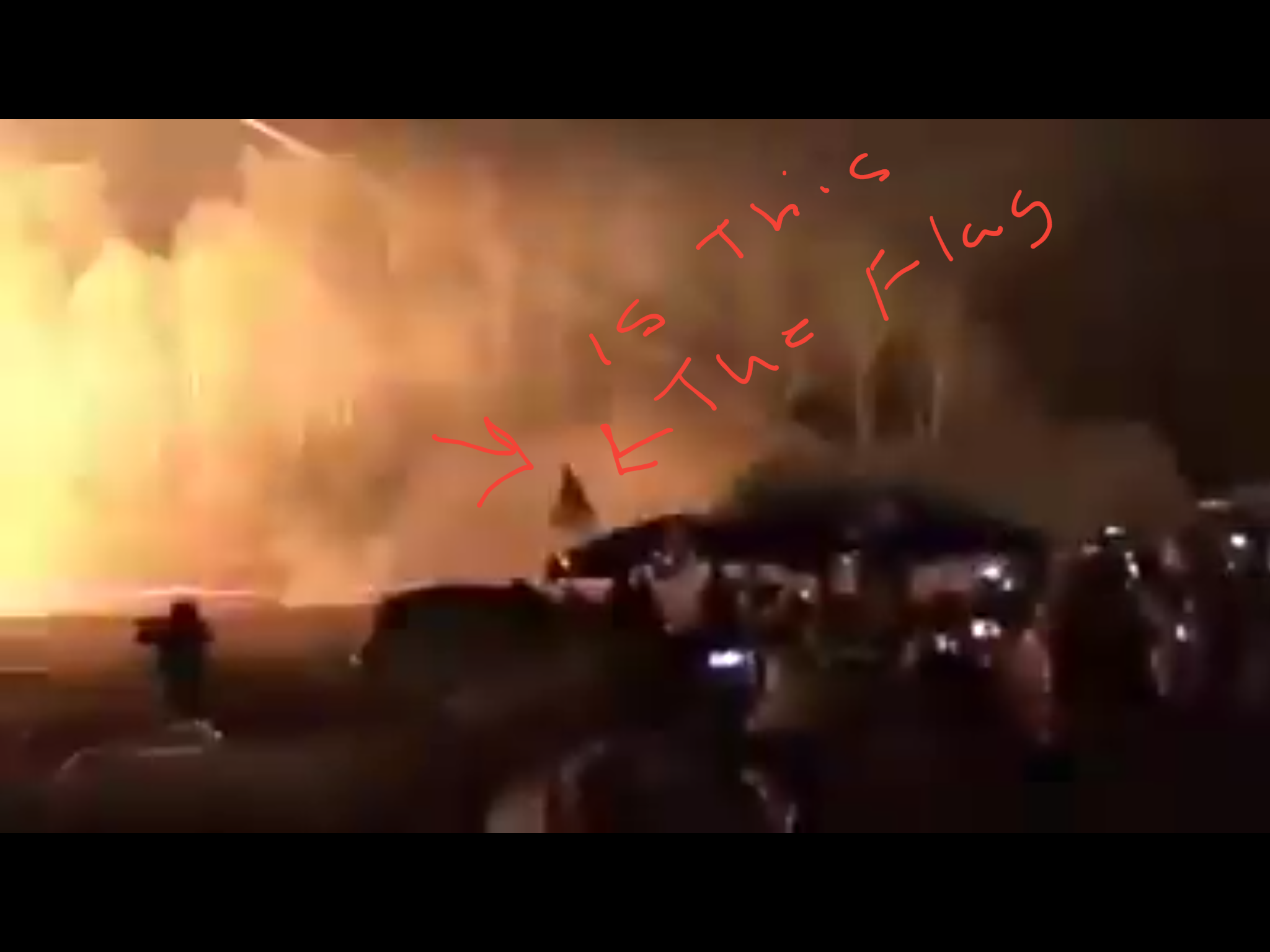 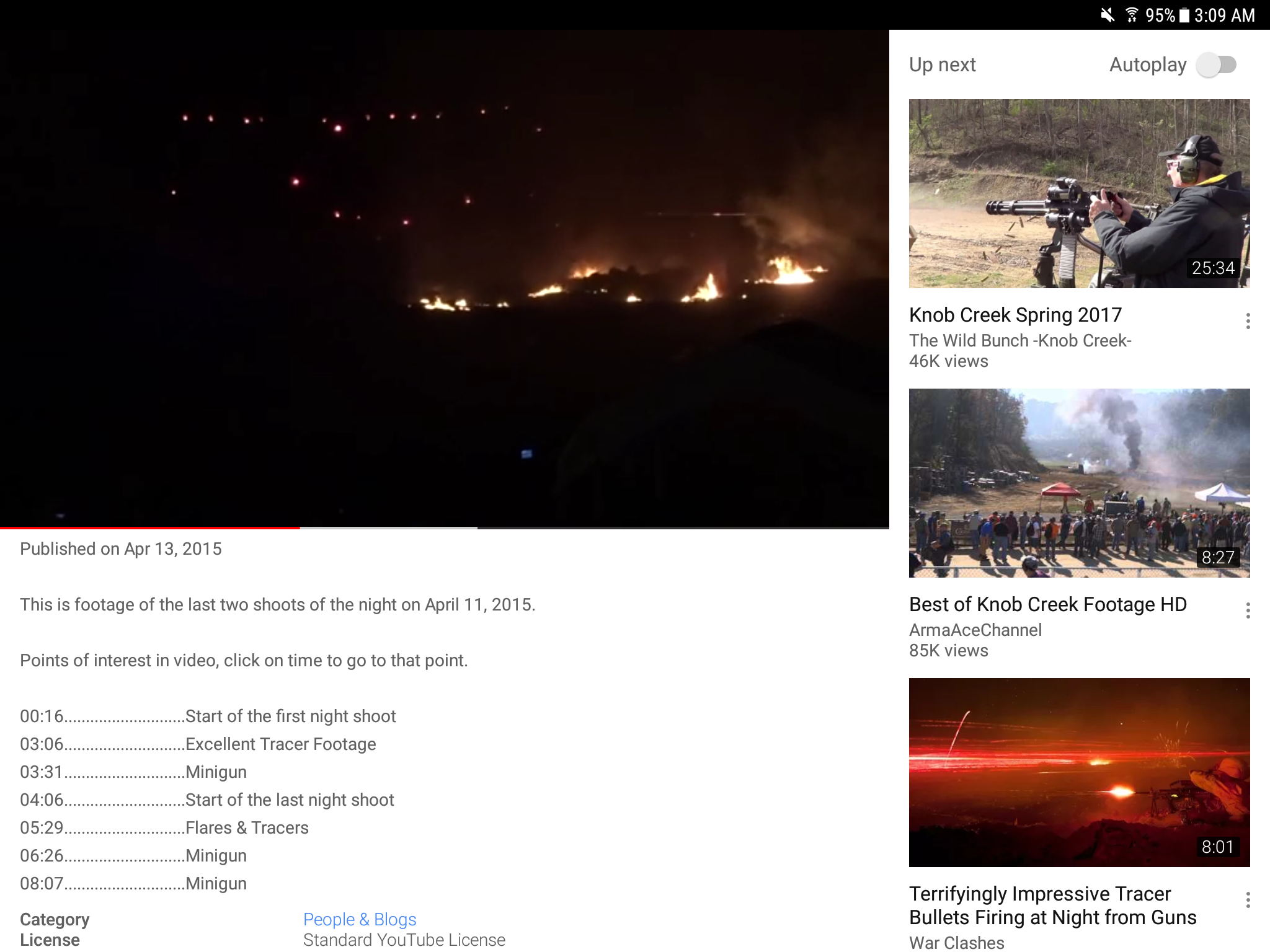 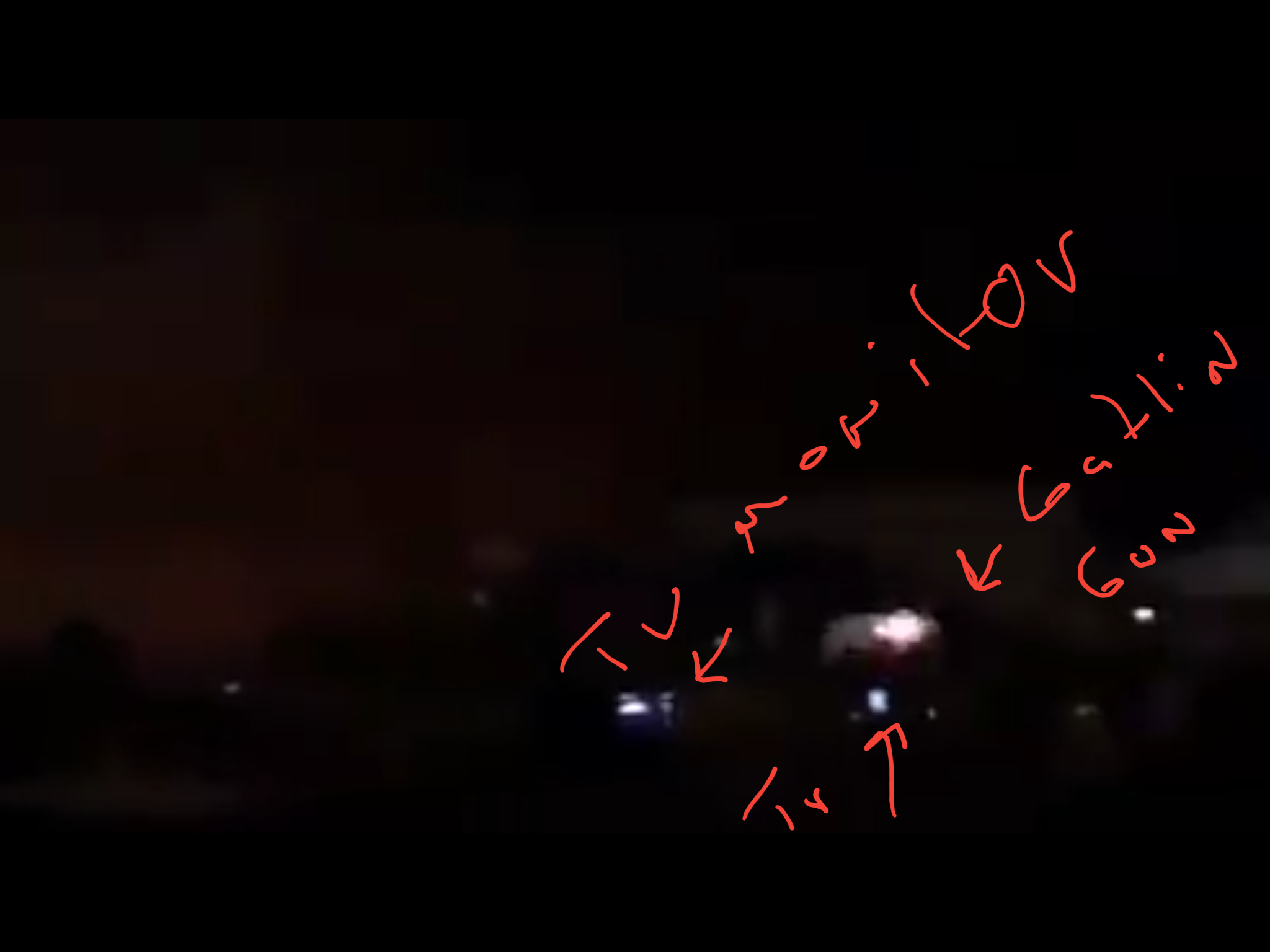 So glad you solved the mystery

posted on Jan, 22 2018 @ 02:34 AM
link
a reply to: 727Sky
Turkey has some balls though, I will give them that. Usually when Russia or USA give suggestion to back down, parties back down. But Turkey is a modern military power with advanced technology, and clearly is willing to use it on whoever it deems. As a double agent, I really just do not trust them. Could certainly be another Germany circa 1939 ...

Im fairly certain though they will be reigned in soon if its going to the UN. Kurds have quite the arsenal to combat heavy armor. Thats the biggest player when you do not have an airforce, you need to at least be able to hit their armor.

It is a shame that both USA and Russia require access to the Bosporus in order to navigate between Mediterranean and Black Sea. Otherwise neither party would put up with their two timing back stabbing double agent ways.

BEIRUT, LEBANON (6:50 P.M.) – The Turkish-backed rebels seized an important piece of the Afrin Canton today after launching an important assault from the ‘Azaz axis.

Led by the Free Syrian Army (FSA), the Turkish-backed rebels stormed the Bahsaya Mountain in northeast Afrin, seizing the important military base after a short battle with the People’s Protection Units (YPG).

Following the capture of the military base, the Turkish-backed rebels were able to impose full control over the Bahsaya Mountain, forcing the YPG fighters to withdraw south towards Afrin city.

As a result of this advance, the Turkish-backed rebels are now gathering to attack the towns of Deir Suran, Al-Zitouniyah, and Al-Amod.


The YPG have been able to keep them on their toes however, as we can see in the following video as some of them run back from incoming fire.


They continue to go back and forth, inflicting casualties on each other. But clearly the Kurds are managing to bite back in the face of overwhelming force and air superiority.


And then allegedly recaptured that same hill.


Mount #Barsayah (Girê Qestelê) is reseized by our forces now. It was the first point lost to Turkey-backed terrorists today. Some better news to come soon from #Afrin.

The YPG forces were able to retake Jabal Bahsaya after a short counter-assault that forced the Turkish-backed rebels to retreat towards the ‘Azaz axis once again.
Advertisement
Ads by Revcontent

With Jabal Bahsaya back under their control, the YPG has restored security over several towns that are overlooked by this large mountaintop in the Afrin Canton of northwest Aleppo.

Intense clashes are now ongoing between the YPG and Turkish-backed rebels near the Bulbul District in northern Afrin.

From the scene of ANHA's resistance to the QSD fighters in'Afrin
Continued report of zero internet in the Afrin region.


According to reports from the region, the Internet is completely cut off in Afrin. It is stated that the wireless lines do not work either.

This is what the comments are saying is an attack with a Mk 19. The user who posted it has Turkish flag, so I assume it may be Turkey aligned fighters firing the weapon, however the translation does not really provide much for an explanation as to who, what, where, when, or why. Need somebody to help me understand what is a hewaller. I assume it is a derogatory or slang word for their enemy based on the context of the description stating they are learning how to fly
I will upload video in a moment.

posted on Jan, 22 2018 @ 07:23 PM
link
Well well, what do we have here? International volunteers publicly declare their support to participate and assist the YPG in their fight against the Turkish terrorists. Mind you, the man talking is clearly American, or possibly Canadian. The Asian guy there, I think this is actually an American special forces team letting Turkey know the situation is about to go seriously hot.

International volunteers of #YPG state their determination to defend #Afrin


Get them boys, give those terrorist #ers a lashing! Spread the word guys!!

The Kurds actually have a pretty large number of former American military guys working with them.

...those guys though... Yeah I bet if you did some calling around you'd find 6 guys missing from some unit who are all "doing cold weather training in Siberia" or etc LOL.

And beings as Erdo and friends pretty much directly threatened the safety of our personnel on the airbase in Turkey if we intervened in this, I can safely say I genuinely hope it's one of at least a hundred 6 man teams we've salted into the lines in Afrin!

It'd be better if we ROFL stomped him and his cabinet / joint chiefs equivalent out like fire in a broad daylight raid on Ankara, but as long as we put some corpses face down in the dirt this'll do too!
edit on 22-1-2018 by roguetechie because: (no reason given)

posted on Jan, 23 2018 @ 02:37 AM
link
a reply to: roguetechie
The American, British, German, Dutch, Italian, French, Canadian and other volunteers were for the most part limited to Rojava. They were virtually non existent in Afrin. The fact they are releasing this in the news would IMO allude to this being a recent development.

It could also be an open and hidden call to Erdogen to relax and back off and have a discussion with the commanders about how to proceed.

The YPG are not terrorists. Turkey was not subject to any kind of attacks from the Afrin canton the entire time that the YPG/SDF had established management of the area. This was nothing more than a land grab by trying to associate them with the PKK. The PKK is a Turkish matter. Clearly the fact that so many forces of Turkey have been on the border for these years and none of the attacks were being sourced from Afrin should say alot.

Pretty good video discussing what is going on from all sides.. It does look like America is going to cut and run as there is a statement in the video that says, "Turkey has legitimate security concerns"..youtu.be...

originally posted by: 727Sky
a reply to: worldstarcountry
It does look like America is going to cut and run as there is a statement in the video that says, "Turkey has legitimate security concerns"..youtu.be...

Sure enough. That translates as "We ain't doing jack about this."