Sticking to the G Code

The G code is a set very basic rules that if you follow very carefully, you will have the upper hand on anyone who means to do you harm. it is not so much a secret, as a humble understanding of the ways of the world. to boast and to flaunt are direct violations of it, so those who frequently speak in public about the G code do not fully grasp the concept. the G code is a way of life, a survival technique that has endured conflicts since the arrival of the first slave of the eastern seaboard.

Typically, the usual suspects that come to mind are loqued out OG's and fools starting fires with match sticks, lol.

Nay, this stereotype is a disservice to many. Those of us from the wrong side of the tracks, are often just as spiritual or even moreso then your average citizen. 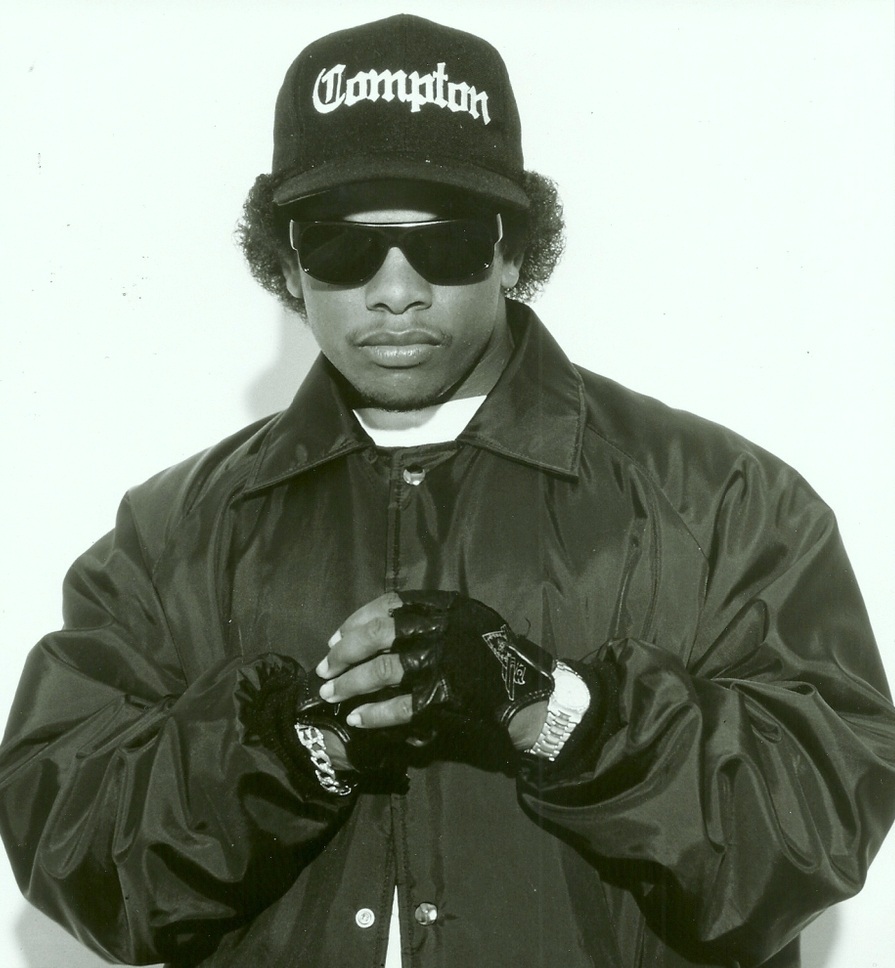 Imo, ladies and gentleman are all cut from the same cloth. Appearances can be deceiving.Those cases, present an opportunity for the principles at the heart of justice shine through.

What does the G Code mean to you?

Please share any rules or guidelines we feel we've found helpful, are underrated, or less often brought up in discussion about better ways to live.

Growing up, I often found myself in a rush.I consider myself of an idealistic bent, and have practiced living my life and reaching towards goals.

Unfortunately, I rarely stopped to smell the roses.I confess, I've often been the type to focus more on the next thing I was going to say, rather then practicing really listening to what others had to share.

My world changed for the better once I remembered & started practicing something my grandfather always reminded me to do.

Simple really. Youngest before oldest, ladies first. In mixed company, putting my elders first, unless given the opportunity or asked.I find this very rewarding.


What does the G Code mean to you? 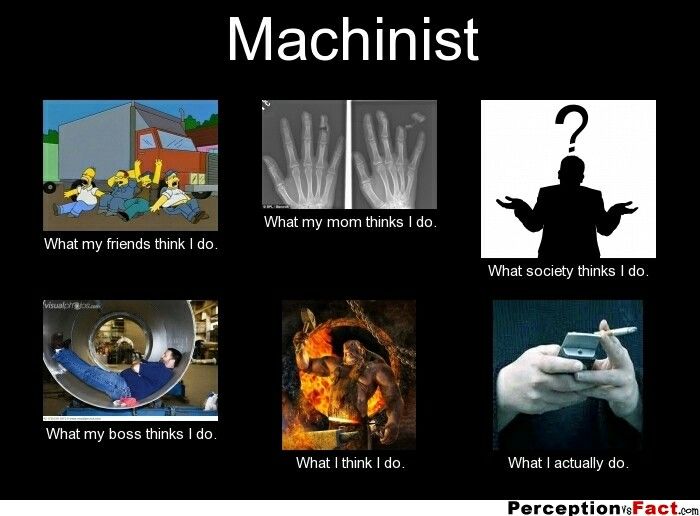 Wow, didn't expect the G code to show up there.

originally posted by: JinMI
a reply to: dffrntkndfnml


What does the G Code mean to you?

originally posted by: dffrntkndfnml
Have you ever heard of the G code?


Yes, I have programmed CNC machines.
Mostly work in Mazak these days.
edit on 19-1-2018 by skunkape23 because: (no reason given)

posted on Jan, 19 2018 @ 08:40 AM
link
Lol I thought this was going to be a machinist philosophy thread wtf... I’ve been working as a machinist apprentice and been studying g code

Oh well, I guess you never know where Mr. Right may show up.

I have built my own personal CNC machine for hobby machinist use and I have learned G-code for that. I am a programmer by day and my colleagues and I never speak of G-code though a few of us do know it. I use the machine to fabricate parts for robotic experiments and all sorts of model railroading accessories. Anyhow, I am not sure why you have asked to know about this.

Here in sunny Glasgow most people already know not to snitch or talk to the police about trivial matters.

After all it's nice to be nice.

Thing is that mentality kind of empowers the strong at the expense of the weak dependent on the situation.

3 simple rules everyone should follow through, take what you do not have, have what you cannot take, and never hurt anyone weaker than yourself, the rest, as they say, is Chicken soup(easy).
edit on 19-1-2018 by andy06shake because: (no reason given)

I've been thinking about this more often lately.

Sometimes, individuals may feel like they are walking around with an X on their back.

I feel for them, it's tough not knowing if you're going to open your eyes tomorrow. I usually share with them a bit about this kind of philosophy, remind them to practice praying, and share a little story from Anthony de Mello...

One of the disconcerting – and delightful – teachings of the Master was:
God is closer to sinners than to saints.
This is how he explained it:
God in heaven holds each person by a string. When you sin you cut the string.
Then God ties it up again, making a knot – and thereby bringing you a little closer to him. Again and again your sins cut the string – and with each further knot God keeps drawing you closer and closer.

I have missed the mark more times than I can remember, life is about living and learning. The learning curve can appear very steep sometimes, but others owe it to themselves to realize that each day is a new opportunity to practice doing things better.

originally posted by: dffrntkndfnml
...
Unfortunately, I rarely stopped to smell the roses.I confess, I've often been the type to focus more on the next thing I was going to say, rather then practicing really listening to what others had to share.

Should the righteous one strike me, it would be an act of loyal love;

Should he reprove me, it would be like oil on my head,

Which my head would never refuse.

My prayer will continue even during their calamities.

The one who listens to life-giving reproof

Is at home among the wise.

For the commandment is a lamp,

And the law is a light, [speaking of God's law, as described in the Bible]

And the reproofs of discipline are the way to life.

Do not reprove a ridiculer, or he will hate you.

Reprove a wise person, and he will love you.

Listen to counsel and accept discipline,

In order to become wise in your future.

“Speech is silver, silence is golden.” So states an old proverb said to be of Oriental origin. According to Brewer’s Dictionary of Phrase and Fable, its Hebrew equivalent is: “If a word be worth one shekel, silence is worth two.” And wise King Solomon of ancient Israel wrote: “For everything its season, and for every activity under heaven its time . . . a time for silence and a time for speech.”​—Eccl. 3:1, 7, The New English Bible.

Silence is a sign of respect or honor. Even in private one-on-one conversations, being a good listener is a mark of respect.

Evidence of Discretion and Discernment

The Bible states: “The one keeping his lips in check is acting discreetly.” “The man of broad discernment is one that keeps silent.” (Prov. 10:19; 11:12) Consider how beautifully Jesus manifested discretion and discernment by keeping silent. Upon discerning that speaking in the hostile environment generated by his enemies would serve no useful purpose, “Jesus kept silent.” (Matt. 26:63) Later, when on trial before Pilate, Jesus “made no answer.” He discreetly chose to let his public record speak for itself.​—Matt. 27:11-14.

We too are wise to keep our lips in check, particularly when we are provoked. “He that is slow to anger is abundant in discernment,” says a proverb, “but one that is impatient is exalting foolishness.” (Prov. 14:29) A hasty oral response in a trying situation can result in rash speech that is later regretted. Under such circumstances, our words may appear foolish, and our peace of mind may suffer as a result.

Although silence carries no words, it can have a positive effect. Concerning one of his contemporaries, the 19th-century English writer Sydney Smith wrote: “He has occasional flashes of silence, that make his conversation perfectly delightful.” Indeed, everyday conversation between two friends should be two-way communication. A good conversationalist must be a good listener.

“In the abundance of words there does not fail to be transgression,” warned Solomon, “but the one keeping his lips in check is acting discreetly.” (Prov. 10:19) Hence, the fewer the words spoken, the less the chance of committing an indiscretion. In fact, “even anyone foolish, when keeping silent, will be regarded as wise; anyone closing up his own lips, as having understanding.” (Prov. 17:28)

Funny, I just used that song in another thread, then I read your comment about listening.
edit on 17-1-2022 by whereislogic because: (no reason given)

Pertinent reminders. Most of my life I had been uncomfortable with silence. I believe practicing communication is important, but have often been ignorant about the gifts of silence.

It's wild, giving silence the chance to speak. I have often looked at silence as passive, it's active too, however.

I suspect speech is like putting words out into the clouds. When we practice giving someone else the chance to speak, the message may be from an unexpected place. Mysterious.