"The Economist" Newspaper Origins and Ownership

posted on Nov, 25 2017 @ 09:15 AM
link
"The Economist" newspaper is a British Newspaper in origin. It began in 1843. It has had a long history. Here follows a precis of its origins and current ownership.

The Economist is an English-language weekly magazine-format newspaper owned by the Economist Group and edited at offices in London.[2][6][7][8] Continuous publication began under its founder, James Wilson, in September 1843. In 2015 its average weekly circulation was a little over 1.5 million, about half of which were sold in the United States.[5][2]

As we understand James Wilson founded it. It is obviously not an everyperson's newspaper and is even debatable as to whether it is a newspaper at all. It does incorporate current affairs, but its content is also a huge amount of economy education articles to inform certain people who have their interests in the economies of the world entirely. It describes itself as,

First, why does it call itself a newspaper? Even when The Economist incorporated the Bankers' Gazette and Railway Monitor from 1845 to 1932, it also described itself as "a political, literary and general newspaper". It still does so because, in addition to offering analysis and opinion, it tries in each issue to cover the main events—business and political—of the week. It goes to press on Thursdays and, printed simultaneously in six countries, is available in most of the world's main cities the following day or soon after. Readers everywhere get the same editorial matter. The advertisements differ. The running order of the sections, and sometimes the cover, also differ. But the words are the same, except that each week readers in Britain get a few extra pages devoted to British news.

From its own description we can ascertain that the writers of articles remain anonymous. It is very similar to sites like ATS in that respect. Please never question our own anonymity status because it is a game being played by many and ATS certainly did not invent that, as we can here appreciate.

The publication belongs to the Economist Group. It is 50% owned by the English branch of the Rothschild family and by the Agnelli family through its holding company Exor. The remaining 50% is held by private investors including the editors and staff.[9][10] The Rothschilds and the Agnellis are represented on the board of directors.[11] A board of trustees formally appoints the editor, who cannot be removed without its permission. Although The Economist has a global emphasis and scope, about two-thirds of the 75 staff journalists are based in the London borough of Westminster.[12] For the year to March 2016 the Economist Group declared operating profit of £61m.[13] Previous major shareholders include Pearson PLC.[14]

EXOR are now called EXOR SA. They changed their name back in March. I expect there is an "economic" reason behind that, too. Here is who EXOR SA are:

1899 Giovanni Agnelli with some other entrepreneurs founds the Fabbrica Italiana Automobili Torino (FIAT).

There is then a link to "learn more" about their history by clicking on a link:

So, on that basis we must appreciate that EXOR is a subsiduary company of FCA. We are being told that Rothschild and Agnelli are in cahoots in the EXOR SA company, yet EXOR's history is the same as Fiat's and Chrysler's.
Reseraching "The Economist" Newspaper's Origins and Ownership


So then, who are FIAT and Chrysler? From their site,

Fiat is founded at the end of the 1800s – a period filled with the fervor of grand initiatives, inventive spirit and new ideas – and is destined to rapidly become one of the world’s leading industrial groups. 1899: on July 11th, the deed of incorporation is signed giving birth to Società Anonima Fabbrica Italiana di Automobili Torino – F.I.A.T. The first car built is the 4 HP. 1900: the first plant is inaugurated and production reaches 24 cars a year. 1902: Giovanni Agnelli becomes Managing Director.

Then, if we want to learn about the history of Chrysler we are taken to yet another site:

There we can discover that the Chrysler and North American developments are vast. There are many names there you will recognize related to the automobile industry,

So far, we have discovered that Rothschilds and Agnelli are somehow involved in EXOR. We discover that EXOR is sourced historically related to Agnelli and the Rothschild name is not associated or mentioned related to Fiat ad Chrysler, yet it is related to EXOR. We next need to discover what the Agnelli/Rothschild link is and how they came together in EXOR.

Exor’s move will cement a link between two of Europe’s most powerful families, both of which have evolved with their car and banking businesses. Paris Orleans was founded in 1838, although the Rothschild family’s roots in finance go back to the end of the 18th century. Fiat was founded in 1899 by a group of investors including Giovanni Agnelli. Paris Orleans will buy out the minority stakes in its subsidiaries, including N.M.Rothschild in London, the banking family said on April 4, as well as the group’s French asset management business. The move will make the Rothschild group’s capital base stronger under new, tougher regulations, as well as maintain the family’s grip on the business.

So this is where the Agnelli and Rothschilds came together in EXOR.

The Agnelli family now come onto thre radar, as they should, because they are one of the two most POWERFUL families EUROPE and the Italian owned company is ALSO HUGE in America as well as Europe, as are the Rothschilds in the banking of Europe and the U.S.

The Agnelli family is an Italian multi-industry business dynasty founded by Giovanni Agnelli, one of the original founders in Piedmont (in 1899) of what became the FIAT motor company. They are also primarily known for other activities in the automotive industry as the owners of Ferrari since 1969, Lancia (1969), Alfa Romeo (1986) and Chrysler (2009) through their own multinational corporation, as well as for having been the main operators of the Juventus F.C. of the Italian Serie A since 1923 and its majority owners since its conversion to a public limited company in 1967.[citation needed] By 2010 the family controlled Italy’s largest manufacturer,[1] Fabbrica Italiana Automobili Torino (FIAT), through its holding company EXOR N.V.. The family has sometimes been described in the English-speaking world as "the Kennedys of Italy" and compared in the Italian-speaking world to the historic Florentine Republic's Medici family and the House of Savoy, from the duchy of the same name, for their role in the country's contemporary history and their activity of patronage in modern art and in sports.[2] As of 2008, the extended Agnelli family included over two hundred members.[2]

You may wish to do further research yourselves related to this family. I will be doing that at my leisure as I continue to research ALL the big players in the world's economies. The Agnellis are also Jewish/Italian. Check out the names Lapo Elkann, Gianni Agnelli, Nephew of Umberto Agnelli, Cousin of Donna Bianca Brandolini d’AddaElkann and all others associated with them if ou want to educate yourself about this Italian Jewish Family Dynasty.

So the Rothschilds and the Agneillis are the two biggest players I can find on the world economic stage from the 1800s to today (and with the Agneillis possibly much earlier indeed). "The Economist" is their newspaper and that is where you will find all the juice if you want to know what they are thinking about and concentrating on currently. If I get a bit richer I will certainly subscribe, but £1 a week is too steep for me on my current budget. 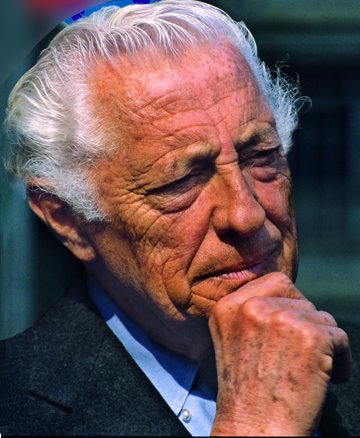 posted on Nov, 25 2017 @ 09:52 AM
link
I get the Economist and read it religiously from cover to cover.
It’s the only “real” news left in the world that you can buy.
All of the articles are “matter of facts” and tell it like it is.
This is a very valuable resource, right up there with ATS but in a completely different way.
I highly reccommend it to anybody that wants to know what’s really going on and what it should mean.

You're taking digs at those poor Jews..

Yeah, sure...
Because people who dislike and distrust these sickeningly greedy dynasties who have hoarded the wealth and resources of the planet for centuries due to their incomparable evil at the detriment of the people of Earth must be anti-Semitic.