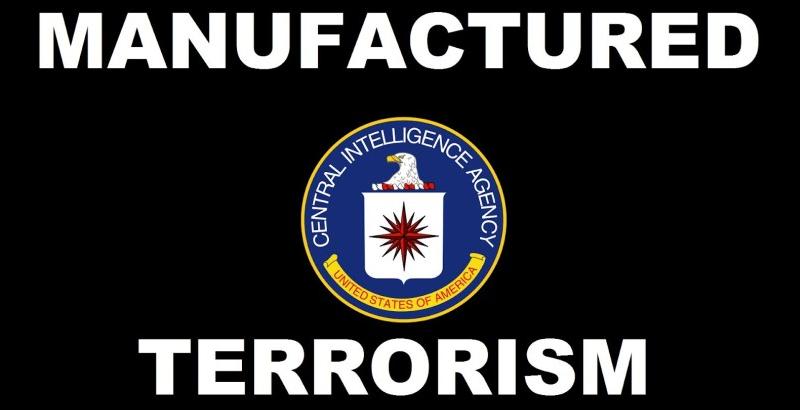 Note: Both PDF links in the article have been removed.

I still found them.

It’s really easy to accuse the government of conducting a false flag, but when you discover evidence of them planning to do such a thing, it’s hard not to question future events.

A recent revelation from the newly released JFK Files can now help put this entire Russian hacking scenario into context—as it has been the subject of previous propaganda campaigns. On March 22, 1962, a meeting, held by the “Special Group (Augmented),” which according to an encyclopedia on the Central Intelligence Agency, included Attorney General Robert Kennedy, CIA Director John McCone, National Security Advisor McGeorge Bundy and chairman of the Joint Chiefs of Staff Lyman Lemnitzer, discussed the creation of a false flag attack on the United States to be blamed on the Soviets.

According to the documents, and to much of any conspiracy theorist’s delight, the US government wanted to manufacture or obtain Soviet aircraft in order to launch an attack on America or friendly bases to be used as a pretext for war.

”There is a possibility that such aircraft could be used in a deception operation designed to confuse enemy planes in the air, to launch a surprise attack against enemy installations or in a provocation operation in which Soviet aircraft would appear to attack U.S. or friendly installations in order to provide an excuse for U.S. intervention.”


The government cannot be trusted EVER. Politicians are an extension of the government, tasked with selling you the deception, while consolidating power and amassing wealth. Governments have a history of lying and will even murder innocent people to further their agendas.

As TFTP reported last month, the JFK files also reveal the plans for another false flag attack to be blamed on Cuba. In the document which was marked TS for Top Secret, the US military revealed its plans to trick Americans into war with Cuba. The plans were to create and carry out false flag terror attacks against American citizens and use them as propaganda to gain support for the war against Fidel Castro.

The documents show that plans for the attack were “approved” by officials, needing only the Joint Chiefs to simply pick one of the nine “pretexts” to be used for deception. Like I mentioned earlier, the plans involved killing innocent people and injuring others. It was to be made sure that these instances were “widely publicized” as propaganda to support the governments war efforts.

“We could develop a Communist Cuban terror campaign in the Miami area, in other Florida cities and even in Washington. The terror campaign could be pointed at Cuban refugees seeking haven in the United States. We could sink a boatload of Cubans enroute to Florida (real or simulated),” the document reads.


A “boatload of Cubans?”

These motherf***ers are murdering children!!

"We could foster attempts on the lives of Cuban refugees in the United States even to the extent of wounding in instances to be widely publicized. Exploding a few plastic bombs in carefully chosen spots, the arrest of a Cuban agent and the release of prepared documents substantiating Cuban involvement also would be helpful in projecting the idea of an irresponsible government."

QUESTION EVERYTHING that your government does. Trust nothing that cannot be explained in simple terms and verified. It has been proven that at least the US government is corrupt and morally bankrupt. Be warned, your government may include YOU in their next FALSE FLAG.

Eisenhower warned us about the MIC


Remember the thread about the Russian cruise missiles that went missing on a sub, which Haliburton got contracted to recover? The theory is that one of them were used on the Pentagon attack. Maybe not related but still using Russian goods to carry it out, assuming it is true.
edit on 22-11-2017 by iTruthSeeker because: (no reason given)

I pray that the perverted POS Bush SR goes down for his litany of crimes against humanity.

The scumbag deserves to be stuck with BABS, aka the succubus known as Barbara.

originally posted by: Shamrock6
I mean...if you have any familiarity with Operation Northwoods, this isn't exactly shocking?

Lol how many Americans are familiar with Operation Northwoods!?

What I find funny about it is that whenever you mention that perhaps a mass shooting event or any other act of terrorism was orchestrated by our government, you get called a tinfoil hat wearing nutter, yet the proof of those plans is in their very own documents.

Over in Europe they had Operation Gladio, which I am sure has not been active since right, according to Sibel Edmonds it morphed into Operation Gladio B and the threat is radical muslims!

They should do what Kennedy wanted to do, break them into a thousand pieces and scatter them to the winds. Evil, evil, bastards that don't give a # about US citizens, only the pocket books of their friends.

originally posted by: Shamrock6
a reply to: elementalgrove

This is a good point, yet the common denominator is spreading FEAR.

Social engineers care not about timelines, our world has changed drastically since 9/11 (false flag) and even though it maybe slow the process is still happening.

Martial law did happen in Boston after the marathon incident, in Baltimore this past week they created an open air prison after the tragic death of an officer. Yet people's supposed constitutional rights should not be infringed.

Killing innocent women and children is just the beginning.

posted on Nov, 22 2017 @ 09:53 AM
link
The U.S. has a track history of using false flags to either start wars or enter them, so this shouldn't actually be a surprise. It actually amuses me when I offend people by comparing those in power of the U.S. to Nazis, I mean the Reichstag false flag must've made quite an impression on them. And of course, where would the U.S.A. be without Nazi scientists?

What you omit from your OP is the fact that it was declassified.

That speaks volumes for the current Administration, I would suggest...

The darn facts are killing the conspiracy industry ...Might have to hang out in the Hoax bin for some good action from now on .

posted on Nov, 22 2017 @ 10:09 AM
link
It still amazes me that there are people who still, 100%, will claim that there is zero way that our government would/could have had any hand in the WTC attacks.

If people would do some simple research into how many times there have been planned, discussed, or committed false-flag attacks on behalf of our government, I don't think that they'd ever claim that again.

Our government has some pretty terrible skeletons in its closet, and I doubt that its done piling them in there.

conspiracies are often factual. our highest levels of society engage in this type of conspiracy, as well as conspiracy to keep us all under them and content with our lot in life.

just because 90% of the conspiracy threads on this board are hot garbage doesn't mean something that turns out to be true isn't a conspiracy...

That's kinda the trick. It sounds so horrendous and absurd that most people will never believe that their government could be involved in such atrocities.

That's why the immediate answer is "ahhh.. come on. That cannot be true!". Then they will walk away, and file you under "conspiracynut".

Of course you would refer to the documentation, but then again the answer is "ahhh come on.. so they keep public documents showing these atrocities? hmm yea right!"

The absurdity in these atrocities are protecting the very crime itself, shrouded in absurdity! Its kinda brilliant.. but utterly disgusting.
edit on 22/11/2017 by kloejen because: (no reason given)

A conspiracy is a secret agreement by a group of people to commit some sort of illegal or "wrong" act so no, this would be pretty much the exact definition of a conspiracy.