Just Got Back from Iceland!

page: 1
39
<<   2  3 >>
log in
join
share:
zosimov
+21 more
posted on Nov, 16 2017 @ 04:33 PM
link
I was incredibly lucky to join my friend in Iceland last week, where she was completing a program with ARENA (Artic Remote Energy Networks Academy) by learning about the renewable energy Iceland uses for heat and electricity. We had several brilliant guides who brought us to power plants, geothermal greenhouses, and some of Iceland's most stunning attractions. I'll include a picture of our tourguide (a scientist, professor, and geothermal expert among many other things), Pall, who was well versed in Iceland's history, and had a quirky sense of humor. I had such a great time! I had a few days to explore the city, where I dropped by a bookstore for a fun conversation with the proprietor, stopped in a coffee shop/record store for some soup, a couple of photography stores, and an enormous church which towers over Reykjavik, saw the Northern Lights, and had some great and intense conversations (some about the social issues facing Native Inuit and Canadian 1st Nation tribes) with my friend's colleagues.
My friend and I then rented a car and spent a few nights in Fludir, a 2 hour drive, where we visited some farms (a flower greenhouse, tomato and cucumber (and herb) farm, and mushroom farm with the most charming tour guide who gave us an impromptu tour after we had some fresh mushroom soup and bread they serve.
Here's a layout of the island (39,769 mi²) 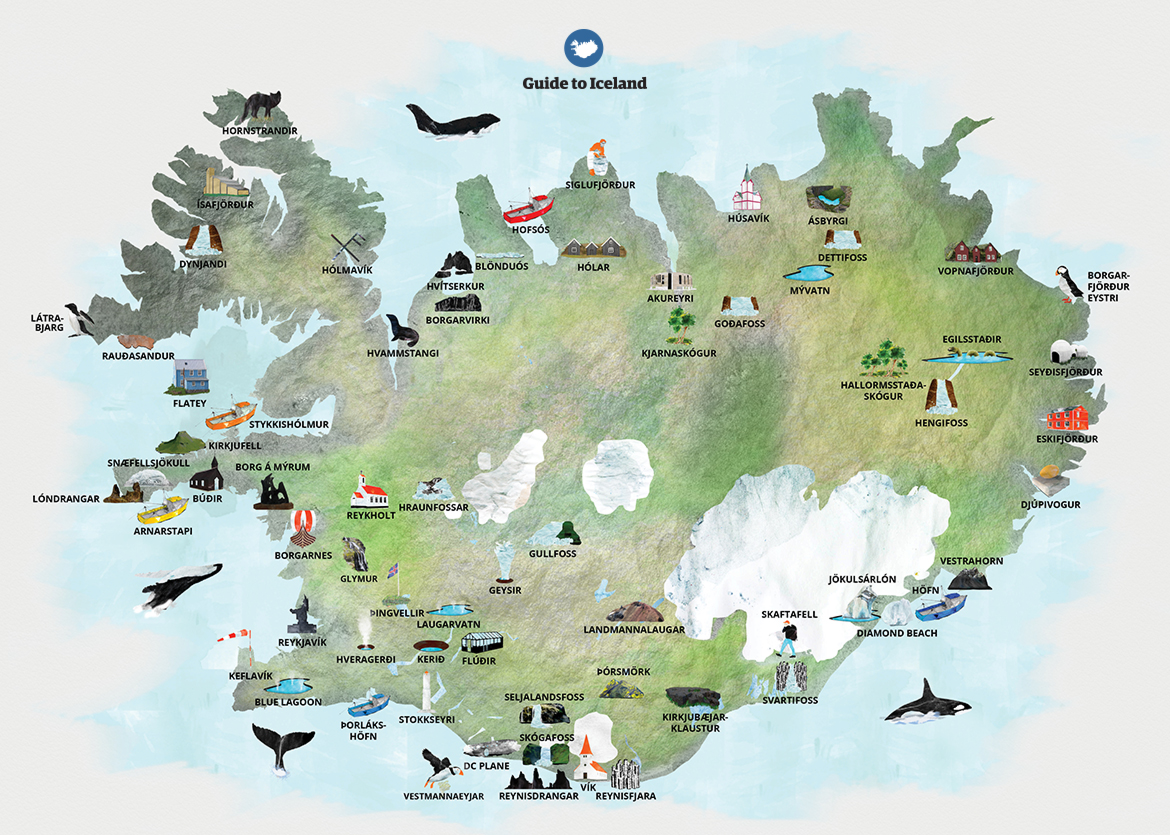 A few interesting facts about Iceland:
1. They are one of two (along with Costa Rica) countries in the world without an army.
2. Iceland's first Parlaiment was formed in year 930.
3. The country is run completely on renewable energy.
4. Icelanders are about %50 Celt, who were brought to the island as slaves.
5. Icelandic is the sole remaining derivitave of Norwegian; Norway now speaks a derivative of Danish.
6. Icelandic history includes Viking Sagas and Viking poets.
7. Population (in 2016) 334,252, and the majority live in the capital city Reykjavik.
8. The country has less than one murder per year.
9. The weather changes frequently, but the temperature doesn't vary greatly, with an average range of 11 C (52F) in July to 0 C (32 F) in January.
10. The water is plentiful, pumped into radiators to heat the buildings, and delicious cold right out of the faucet.

So want to see some pictures? It was so hard to pick some over others, and I have about 1000
Here's the group (ARENA) representing Alaska, Canada, Greenland and Norway: 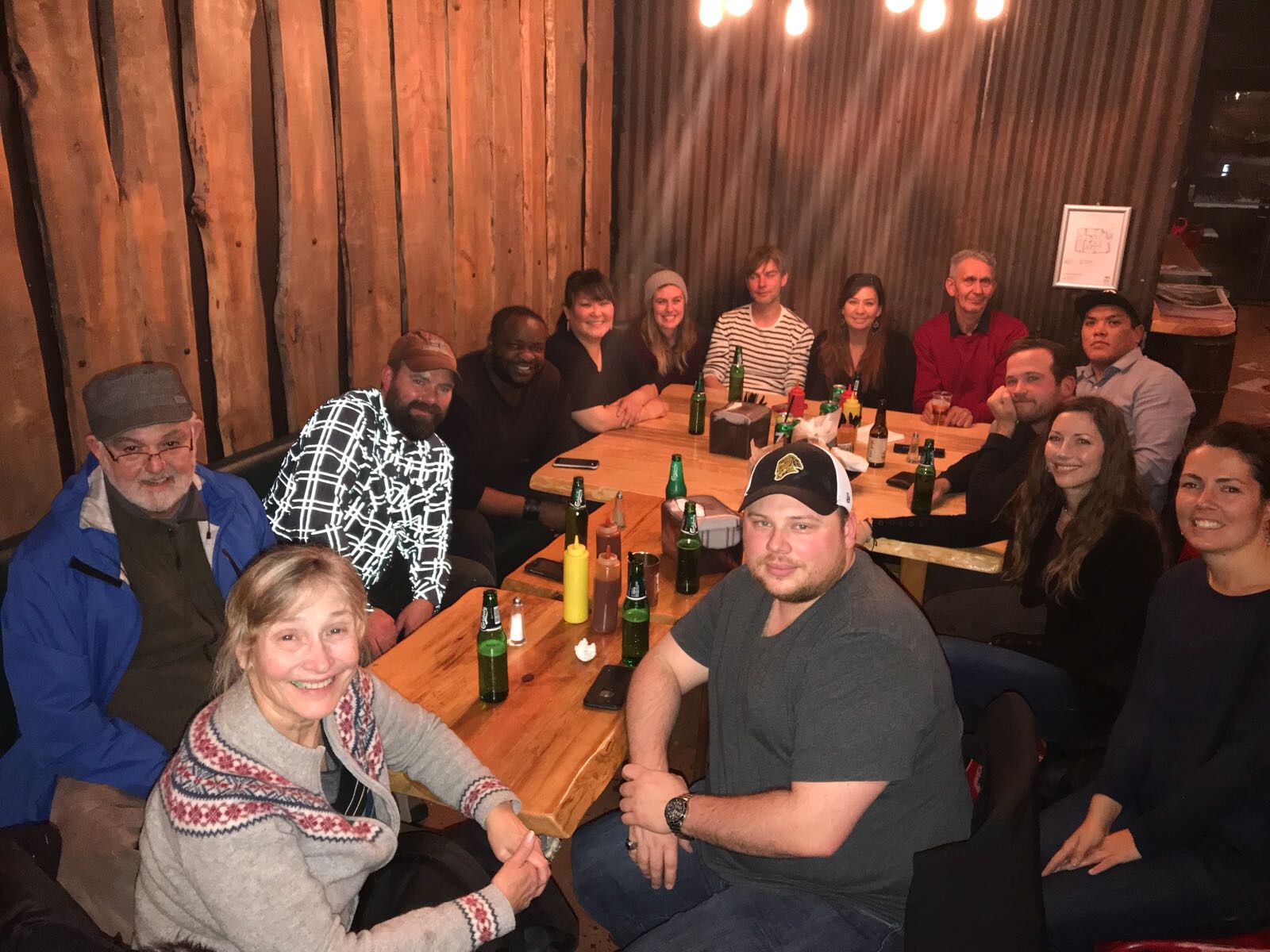 Our brilliant teacher/tour guide (he also treated my friend- pictured- and I to a delicious gourmet meal at a fish market): 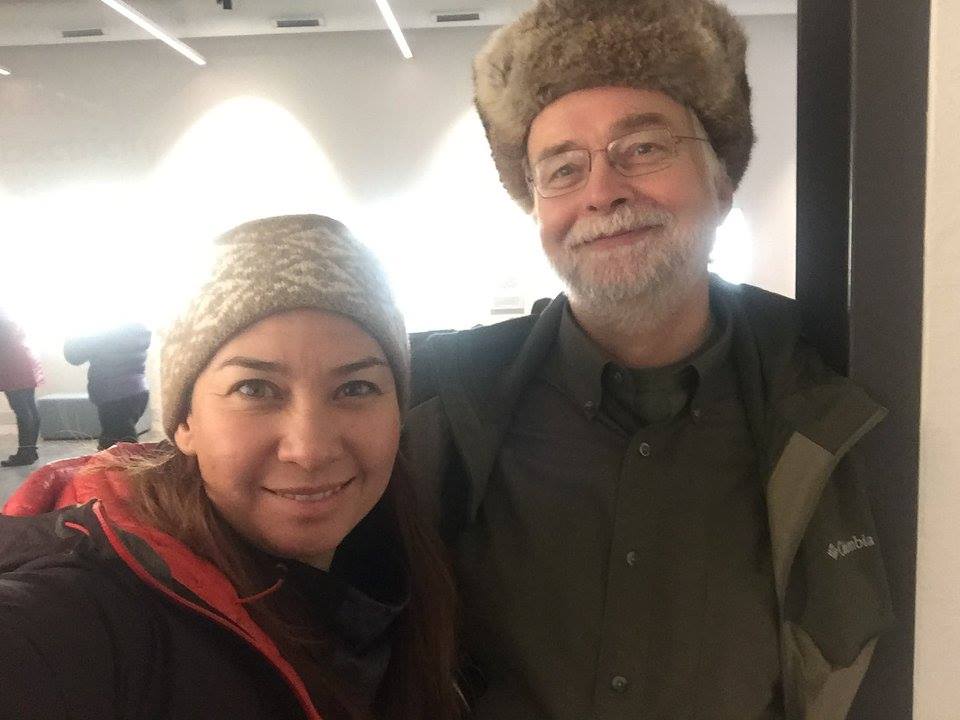 A Power Plant we visited: 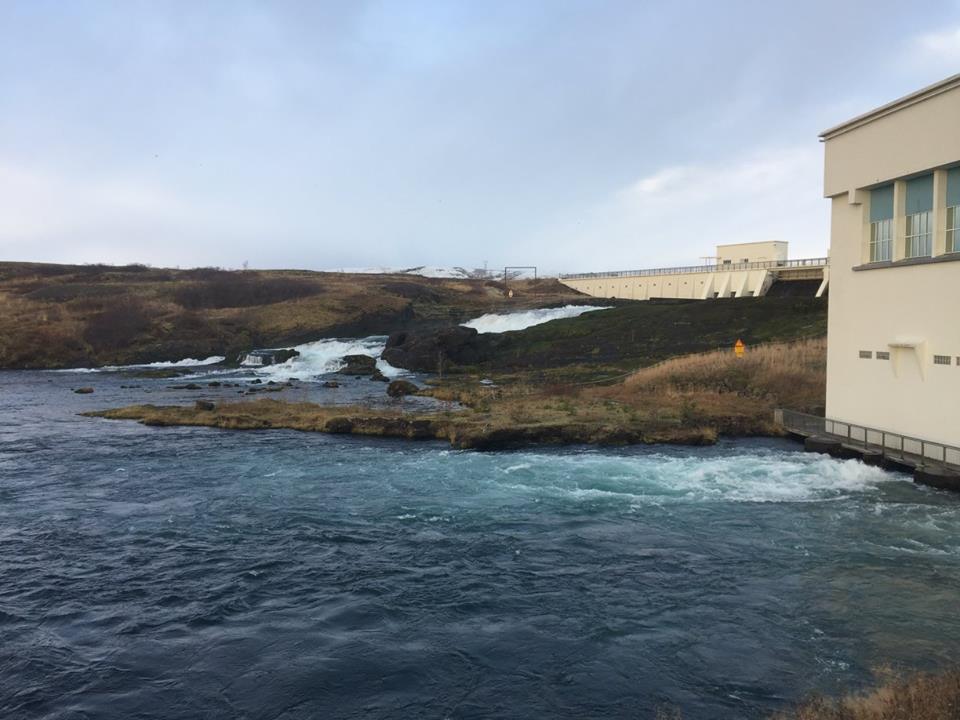 A picture I snapped from the tower of the church in Reykjavik: 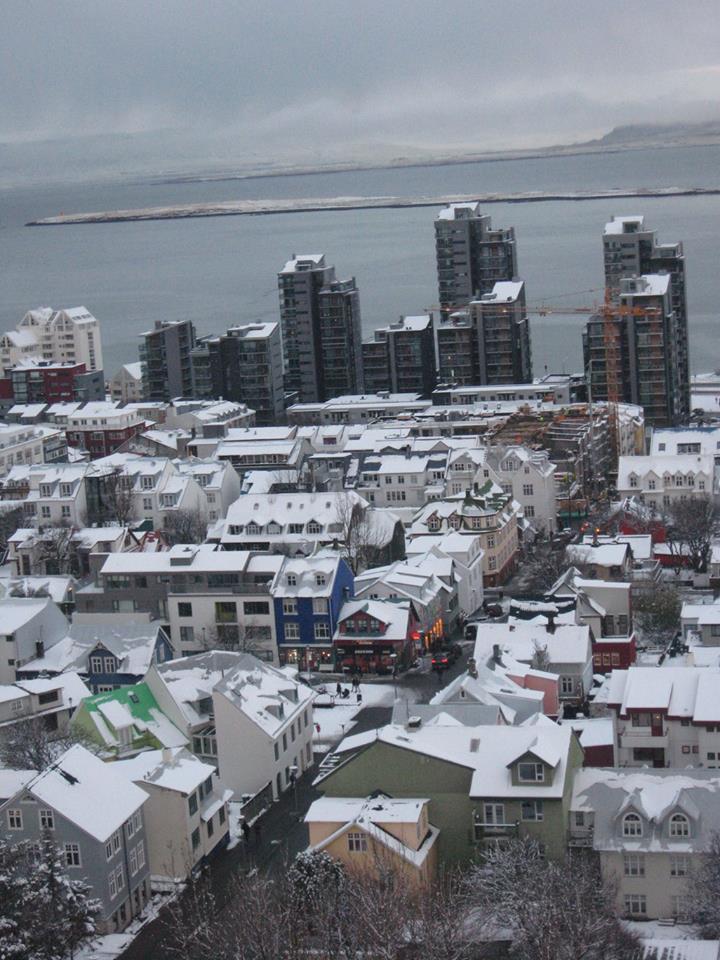 A mural in town: 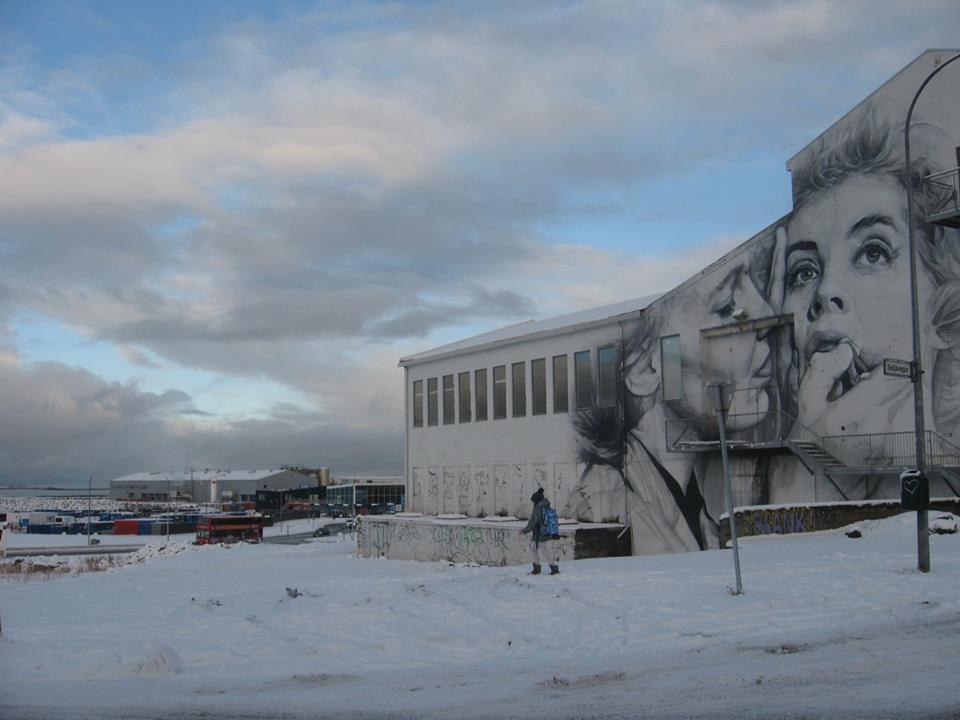 A walk by the water: 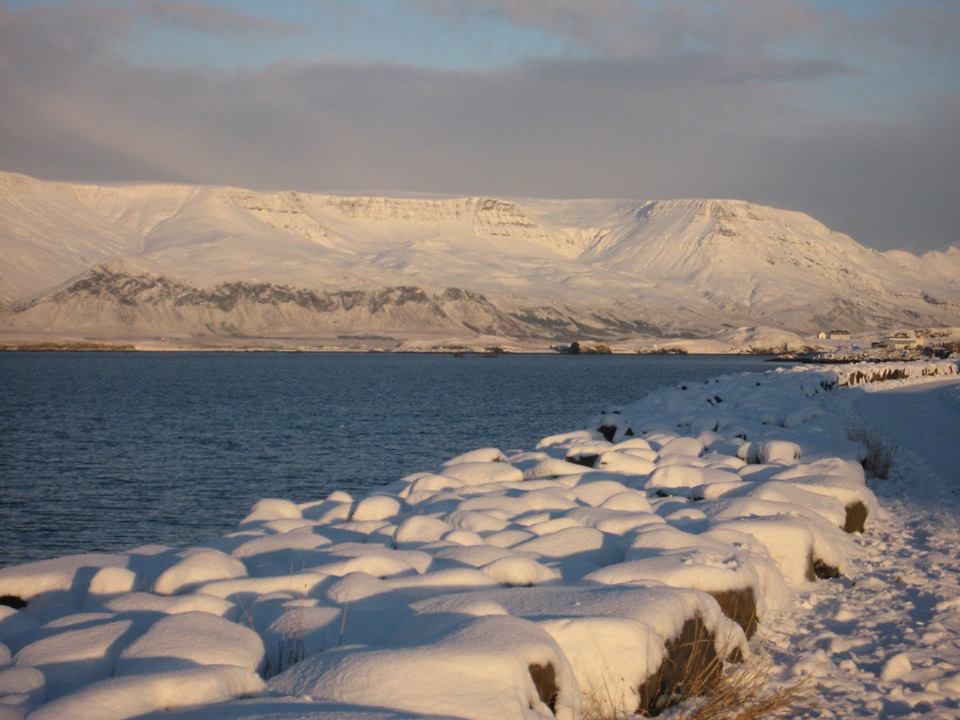 I'll give you a moment to take these in and then we'll get to the really amazing stuff! Enjoy! 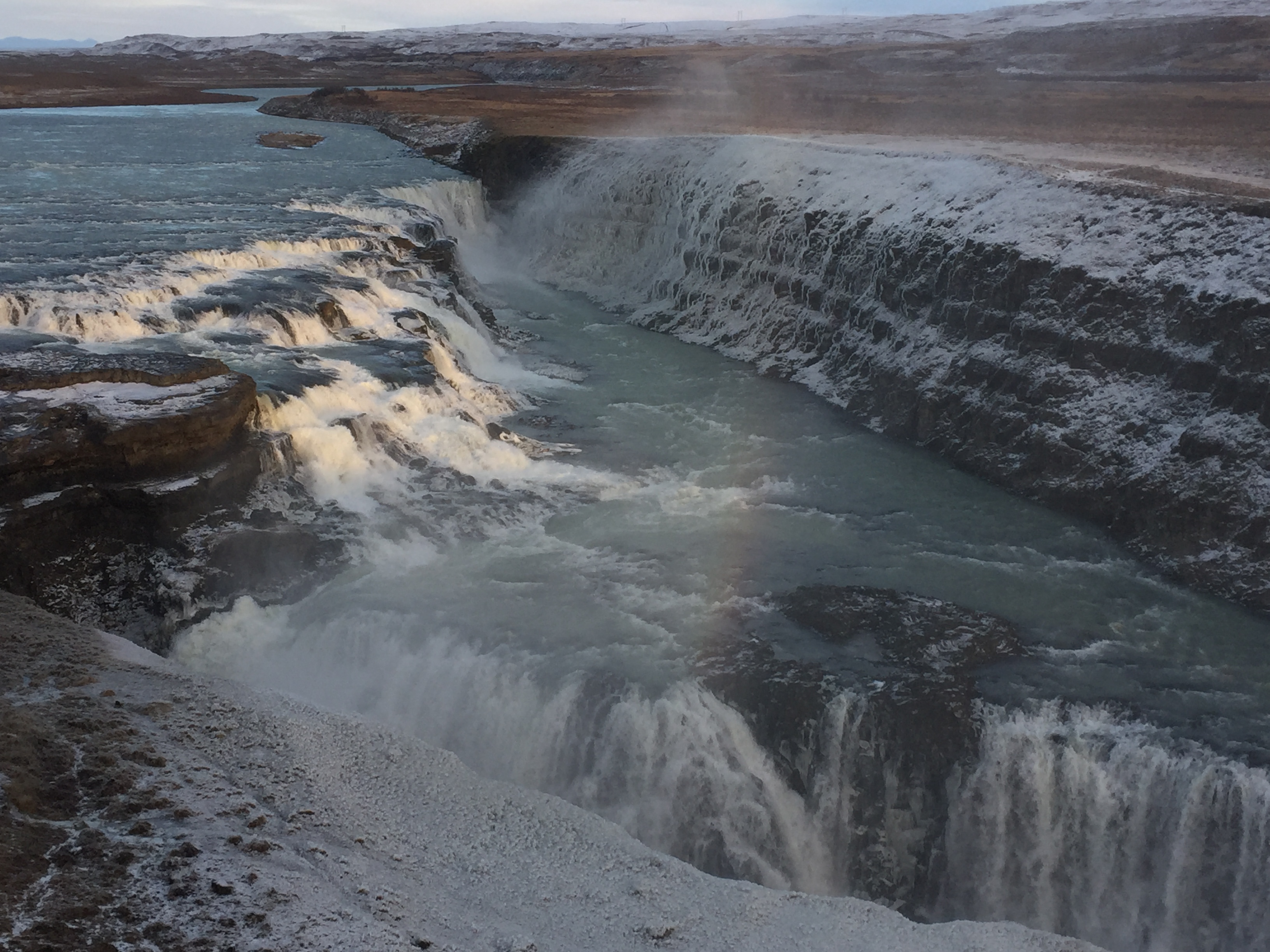 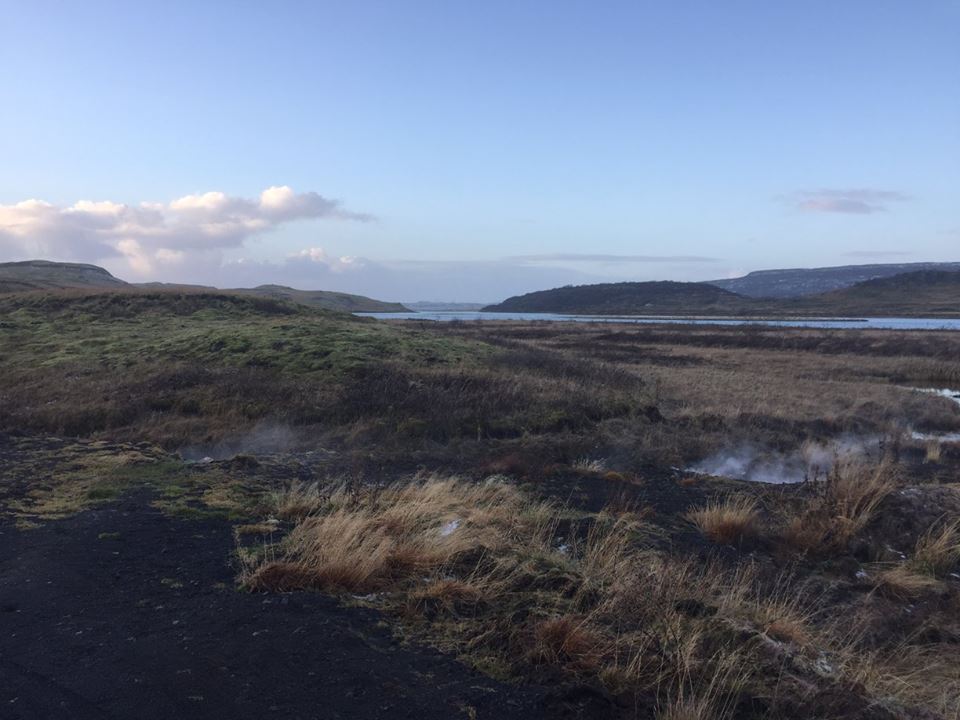 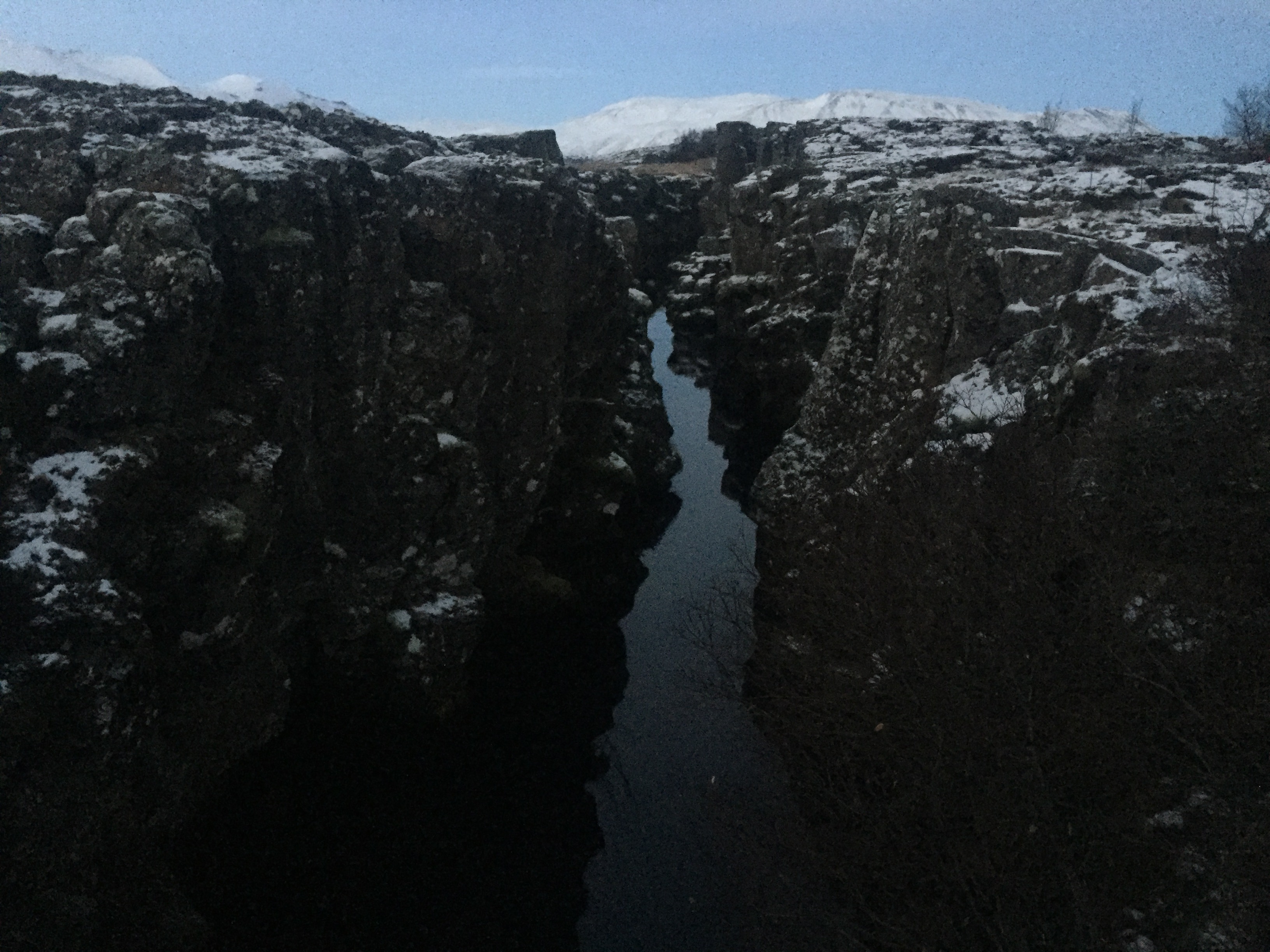 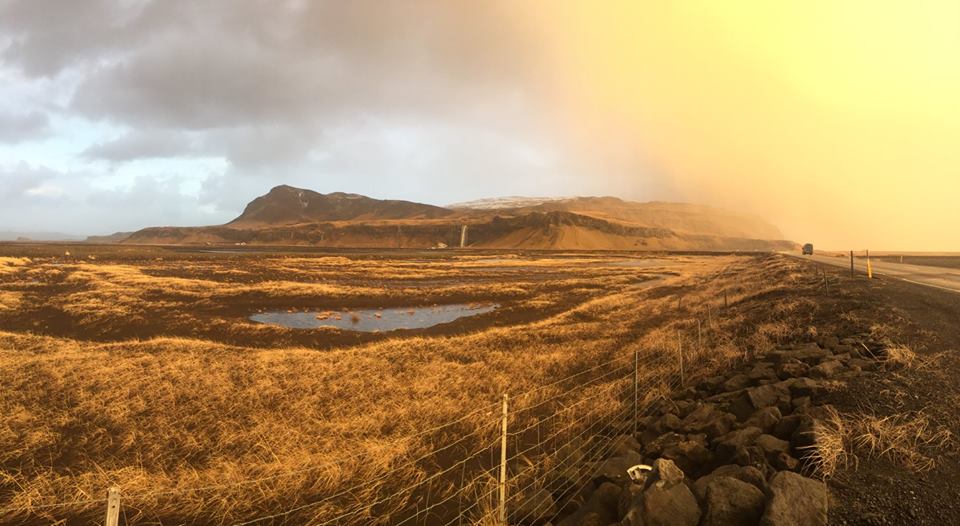 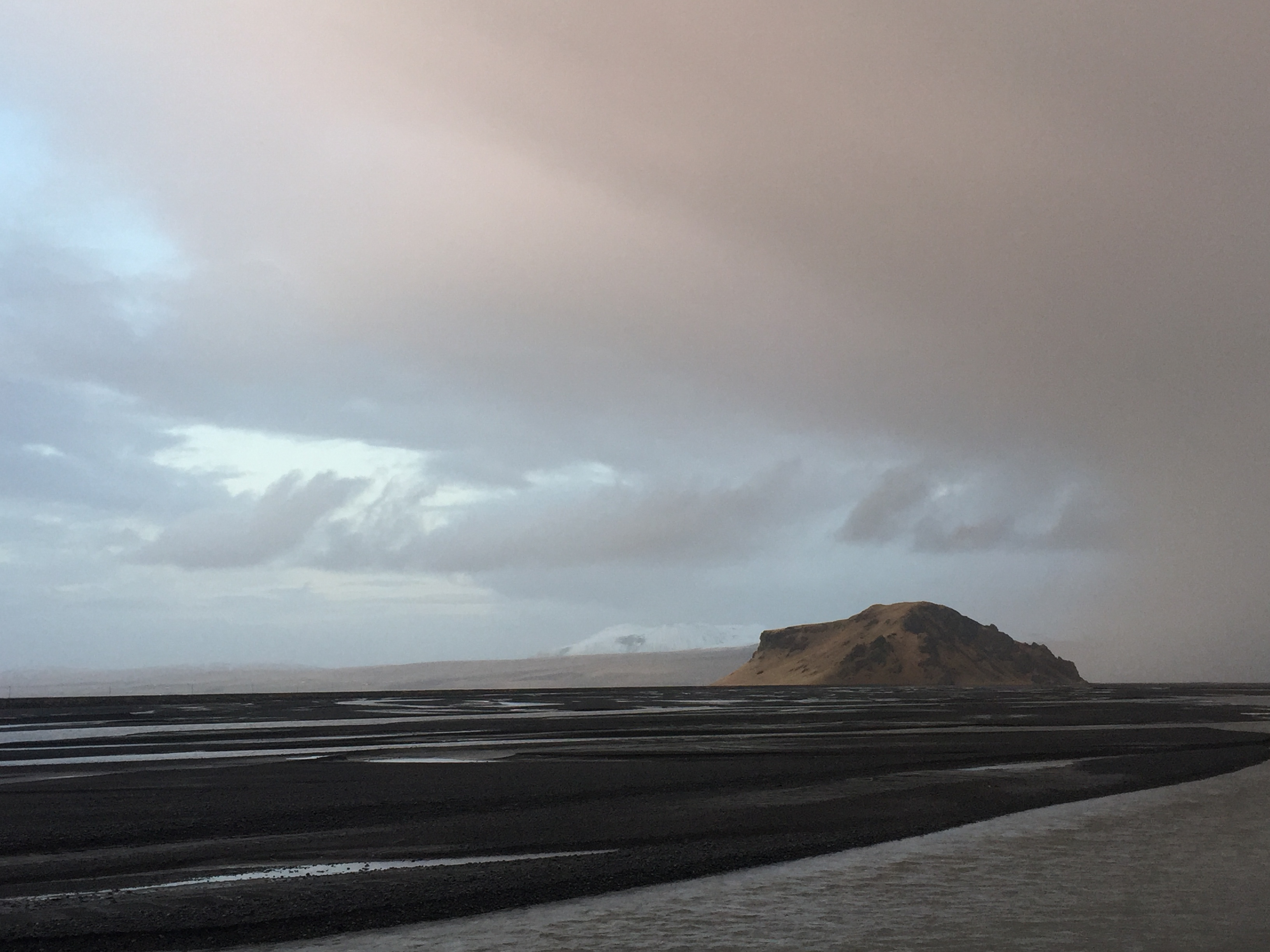 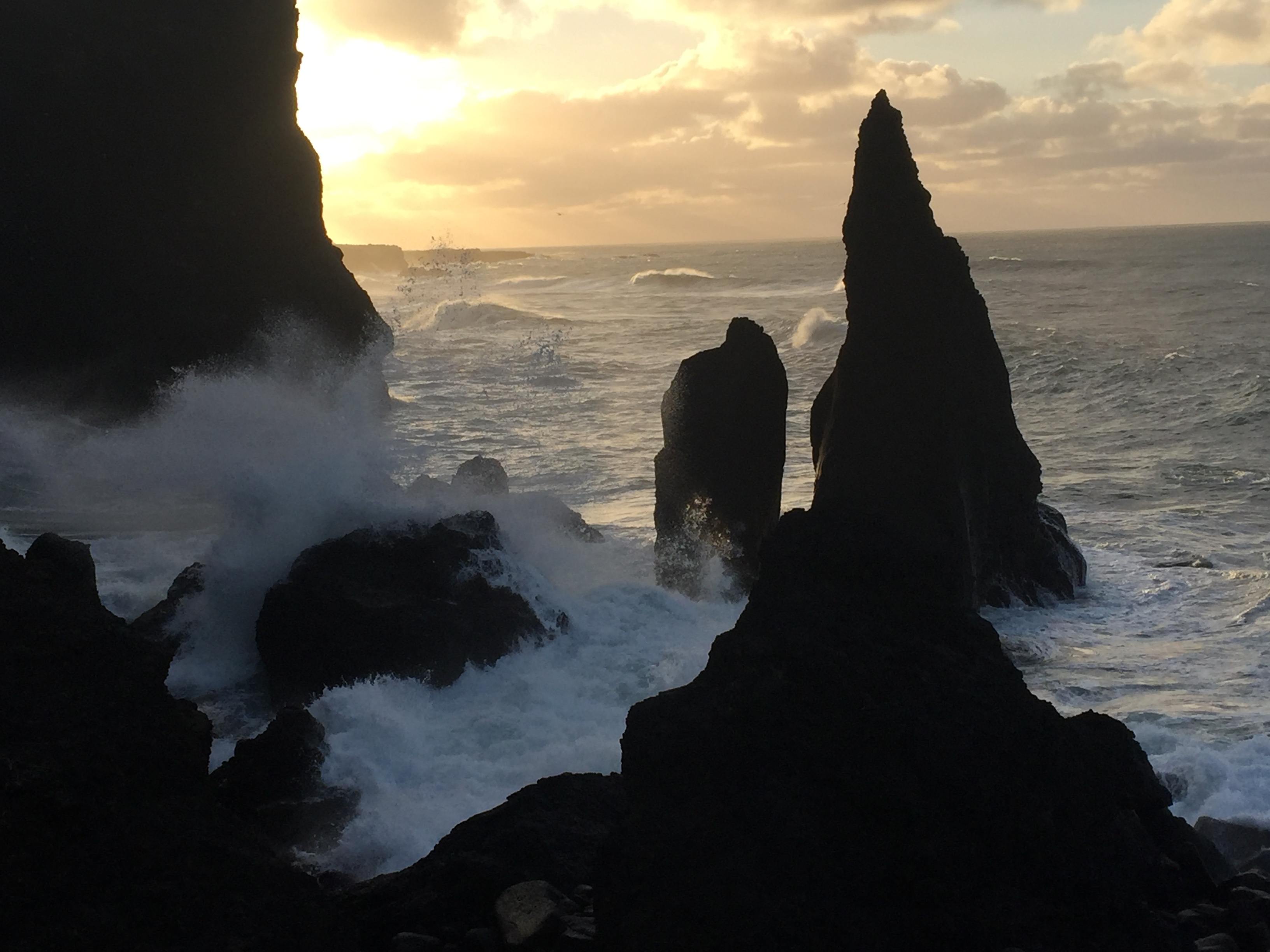 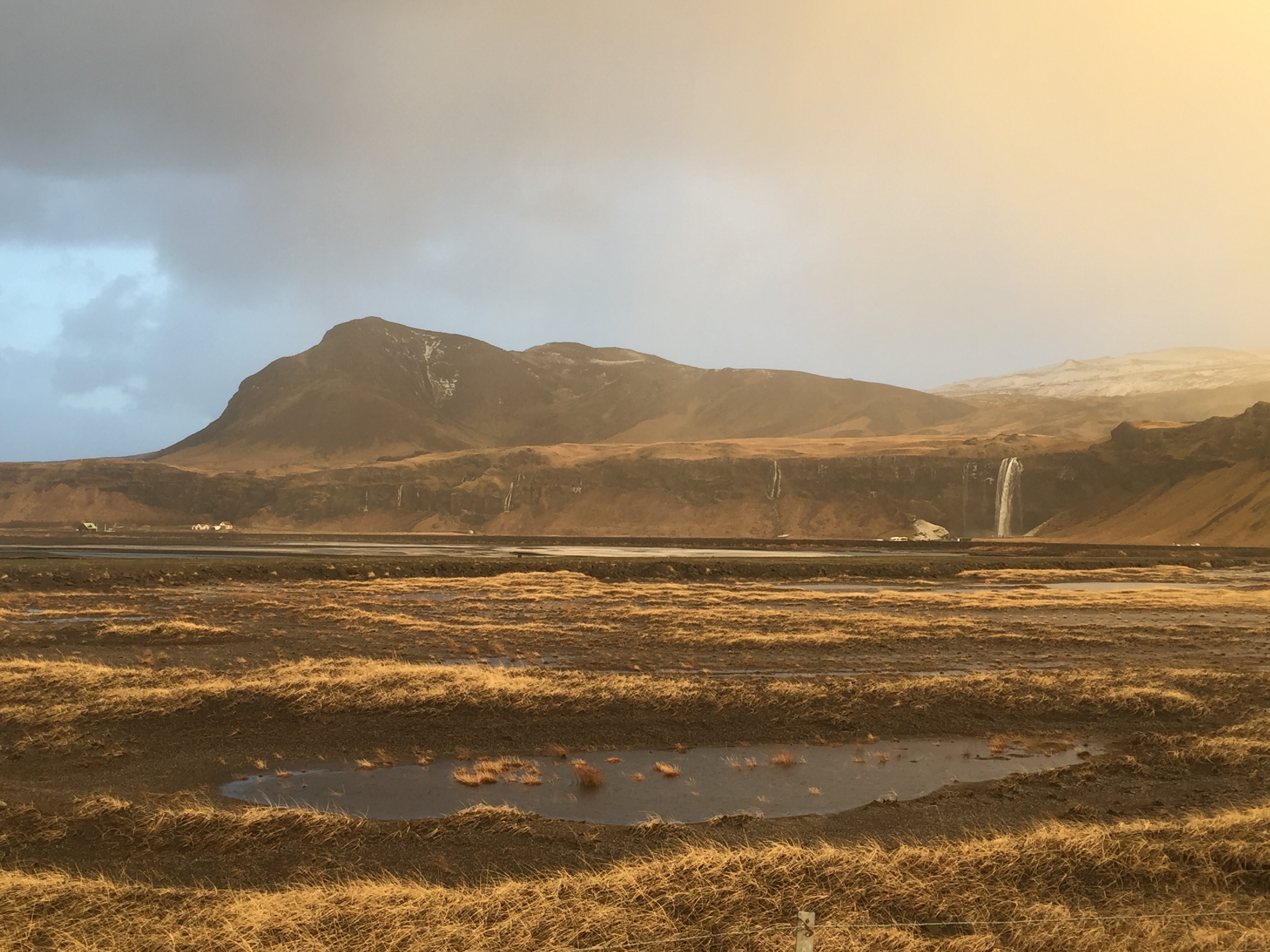 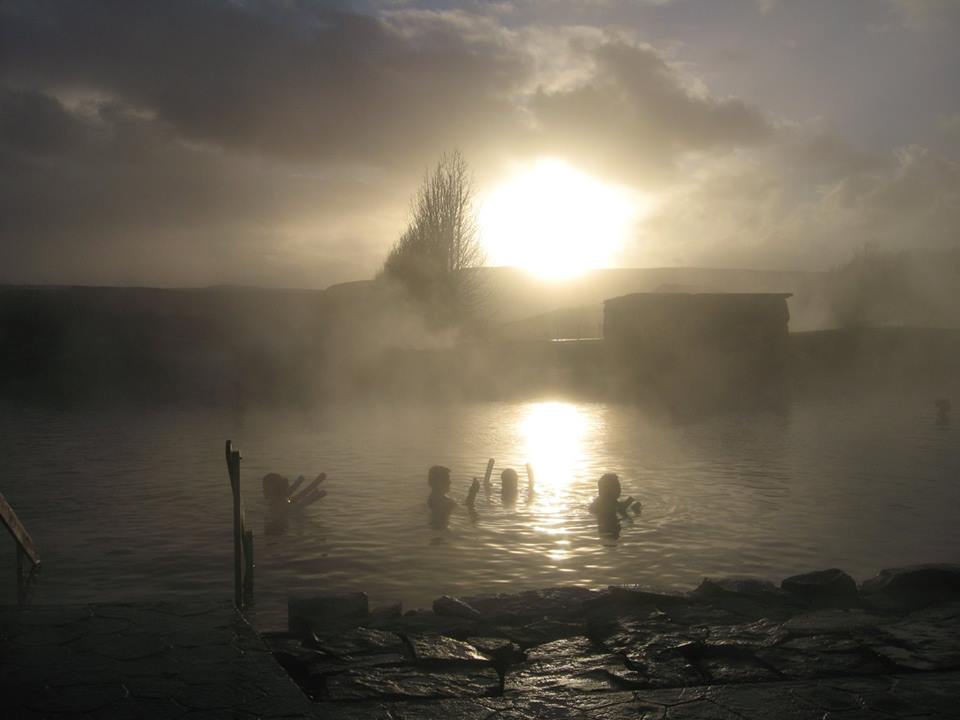 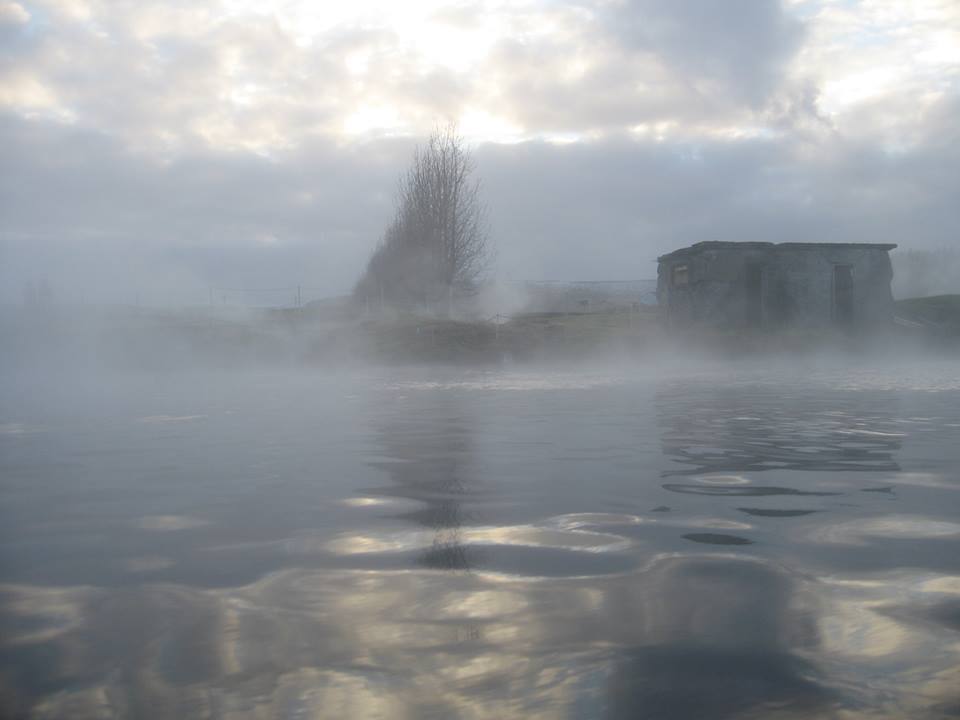 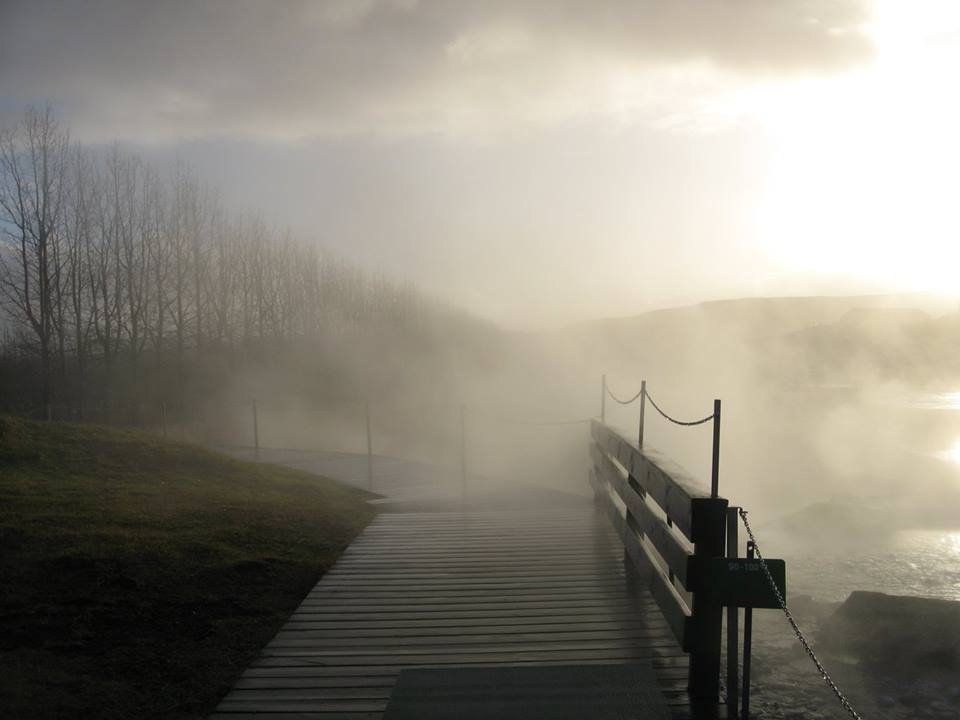 These are heated with geothermal heat and run on renewable energy! 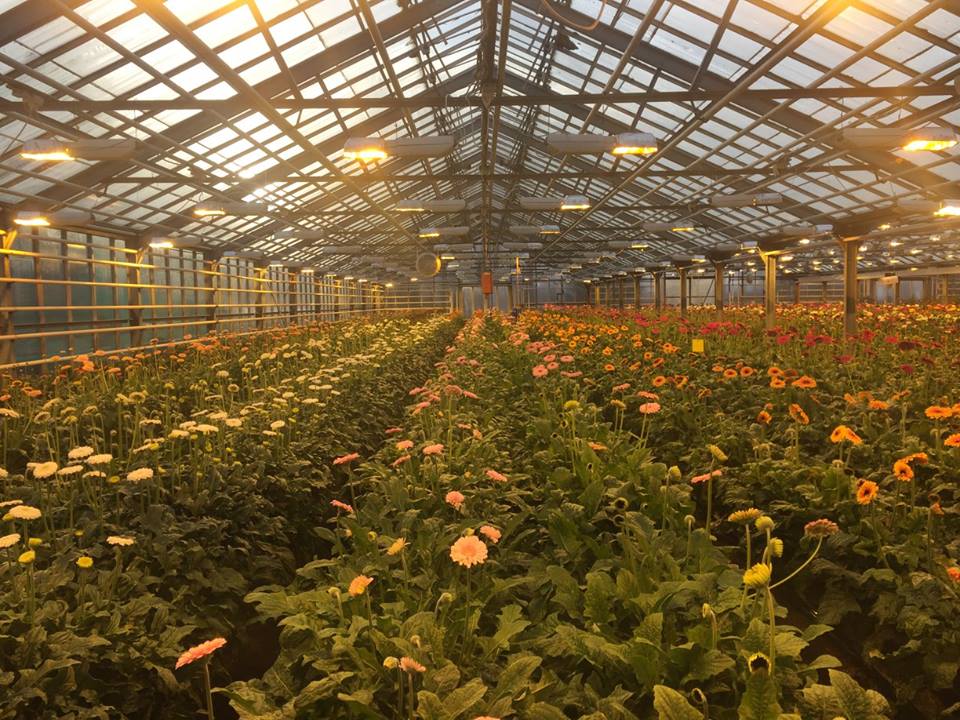 Thanks for checking it out!

The pics are great and thanks for sharing some of your journey. Fascinating country on many different levels.

Thank you, I really did! Incredible.

Thanks for checking out the pictures, I was so impressed on many levels (not in the least the renewable energy projects I heard about!)

Have a great night

Very beautiful. Curious, but did you meet any Icelanders that didn't speak fluent English?

Every Iclander I met spoke perfect English, and a brochure mentioned that %99.something of the population spoke English (also their nearest neighbor aside from the Faroe Islands)!

Good thing too- that language seems quite tricky! I tried, I really did.

WOW Iceland is gorgeous! Welcome back my friend.

I am super jealous but I think you just sparked some wanderlust in me!

Hi Hunter
It really is gorgeous! Glad you liked it and looking forward to your thread (even if it takes a little while, I'll wait).

Hope all is great with you, my friend!

Gee thanks. I was already depressed today! Seriously...great photos. Its one place I always wanted to go...and I understand its population is small and the country uncluttered.

I do have more! I'll look through the roll and update with more soon. Best of luck getting you there.

Pictures are great, I'll comment more when I get off my flight but this one caught my eye. As a certified diver there are a bunch of mutual bucket list dives on every diver's list. This is one. If you follow this into the ocean you can touch both the North American Plate and the European Plate at the same time as both continental shelves meet here.

edit on 16-11-2017 by AugustusMasonicus because: I love cheese pizza

Enjoy your flight and I look forward to hearing more later.

That fault line sounds like an incredible exploration and the water was crystal clear, beautiful. (You could stop first a few hundred feet away at the site where the 1st Parliament was held)

posted on Nov, 16 2017 @ 06:21 PM
link
This is one of those places that I hope to see before I go... +)
You did a very nice job in showing what the place is about, and mostly the people, from what I know they are a very friendly people. If someone told you about the place and just described it, most would think it was a desolate place, but really, beauty is in the eye of the beholder on this one. Not until recently have I known anything about the area really, but now, that is the place to go. I am a photographer and I love wildlife, so people I know that are photographers AND go there to shoot the birds and maybe a polar bear or two, they seemed changed by it. The place must have magical abilities, a lot of people wouldn't dream of going because in their mind it's a cold and dreary part of the world, but that is part of the draw, at least for me.

I love your pictures, hopefully you will post many more, I'd be excited to see what you saw.

One other thing, I don't want to derail your thread, in the last year or so I accidentally discovered Icelandic movies... I know, weird, huh?
The reason I bring this up is since you have actually been there you may really like some of their better actors and movies, I know that I sure did. Seeing their stuff compared to the old Hollywood same-old, same-old, I don't know, I just loved it, that's all. It was really nice to see really good actors AND some new scenery and stories my wife and I both now actively hunt for their movies.
I am about to post a thread on some later this evening (after seeing your thread it made me want to) and I hope that you stop by and check that out, hopefully you will see something that grabs you. (I'll name it, "Icelandic Movies")

Thanks for posting and please post more when you can!

Hey, thanks for the excellent response and I can't wait to see your thread and check out some Icelandic movies (sounds so appealing!). I will definitely watch some and let you know later what I think.
You're right there is magic in that place.
I'd love to see your pictures once you get out there-- there are some great fares on IcelandAir- happy travels, good luck!

(Now back to regularly scheduled programming)

They're varied but you can find fresh produce, goods or fish for a decent price if you look! The fresh veggies grown in Fludir are delicious.

(Also the app you referred to was called Bump )