Kundalini in a Photobooth

posted on Sep, 27 2017 @ 04:13 PM
link
Or it could be you were wearing a wooly jumper and the buildup of static electricity made her tingle.

originally posted by: InTheLight
not everyone will acknowledge or understand it.


I saw that happen to a guy while visiting Wat Pho. I tried to explain to him why he walked face-first into a wall ... and he damn near ran from me. But, I saw he was blessed and was just unable to realize it. I've often wondered if he ever got it figured out.

originally posted by: Aliensun
the total misuse of the word Kundalini ruins the whole show.


Apologies. In the moment it wasn't really about the words (and if you read Sublimecraft's post you can find my original thread title). I was more focused on meaning and sharing my personal experience to the boards.


originally posted by: InTheLight
not everyone will acknowledge or understand it.


I saw that happen to a guy while visiting Wat Pho. I tried to explain to him why he walked face-first into a wall ... and he damn near ran from me. But, I saw he was blessed and was just unable to realize it. I've often wondered if he ever got it figured out.

Hey, I had an open door and still walked into a cement post after a track and field competition where I won most events....WHACK!

originally posted by: Snarl
I went to get some passport photos made today. ... Turned into a pretty cool (and quite unexpected) spiritual experience.

So there's this 'girl' taking my photo. The small talk is pretty normal during 'the process' and then turns slightly towards religion. So ... I pushed my aura onto her (I'm sitting here chuckling ... thinking about this as I'm typing along ... hoping Flyingclaydisk will stumble across this OP and make a comment for some strange reason). She starts babbling away (this is normal with guys I've done this to in the past) and finally I have to tell her to stop talking so I can finish conveying what I want her to hear.

She looked a bit startled (most of us would be embarrassed if a total stranger told us to hush for a sec and we realized we were going on 90 mph at the mouth), but she shut up and I closed the loop on her. She's standing there. The spirit of God is with us. And she blurts, "I'm tingling all over!!"

I probably should have hung around a bit longer than I did, but I had places to be and things to do. She tells me, "You should come around here more often." And I split.

Thing is: I never experienced this with a female before. Not my wife. Not my daughter. I honestly didn't _believe_ it was possible for a female to experience what was shared. I learned something today. And that's a good thing. In two ways.

I have an open mind, but if you’re misusing kundalini which is likened to a psychedelic experience where one pierces the veil so to speak, I feel that you’re experiencing confirmation bias in the sense that, I’m sure you do this sort of thing quite often and when it coincidentally works, you chalk it up to your bountiful, golden aura of the gods, that only you possess rather than comparing the wins to the numerous losses and realizing something else might be at play - like too much vampire: the masquerade.

If you’re anywhere near the north east of North America, I’d love to see what you can do.

I am at the understanding that every living thing has an aura.

I wonder, do you often feel that you are superior because you are a man? that is a low vibrational state. resonating with the universe isn’t limited to men nor is man superior.

you are not superior.

I wonder if you were unable to perceive anything aside from what you had in the past due to your own inability to understand.

please do not see this as an attack or feel a bite to my words, there isn’t one, they are just blunt.

If he had an experience encompassing another and touching them in a way that they accepted, then that can be looked at a superior experience.

Energetic manipulation can be learned and improved. It is like crawling, walking and running.

Some people know what they are talking about because they have either done it to one degree or another themselves or meet souls who are very advanced and therefor know the difference between somebody crawling and someone running.

Some of the most advanced souls you can meet on this level are karma Yogis and they will not be overly empathetic to others since they see the insanity within each soul clearly. You assume that all Yogas are Bakthi Yogas (Overly empathetic) and forget the other three manifestations of increased awareness. If Yoga:s always are empathetic why do the become introverted and hermits.

And to point out some of the basics:
Kundalini energy is heat normally from the spine upwards while chi (pulsating and sometimes cold) is breaking the veil from above. If you want to tear the veil efficiently it is chi you use.

originally posted by: bluetrees
I wonder, do you often feel that you are superior because you are a man?


We are talking about a spiritual experience here. "Superior" somewhat loses its definition in the presence of The Divine.


I wonder if you were unable to perceive anything aside from what you had in the past due to your own inability to understand.


This isn't an ability easily explored. Each experience itself is quite overwhelming. It's like standing in a downpour of superheated air. Eventually, one just needs to step outside of that flow and recover. So hard to find the right words to type here.

As for perception specifically, it didn't seem like there was a lot going on. I wasn't looking/detecting for anything during this event. Are you suggesting there's something more to perceive? Something I should be alert for?

This is nothing like peering through the veil. There are no visuals like sprites and faeries ... no tinkling sounds ... no dark pools ... no tangible entities.

I am more interested in the tone you used with regard to the woman in your story, I could have read it wrong but reading it, I felt that the attitude was that she was but a lowly women, inferior.

I am not a feminist or have an agenda.

I find the correlation between your attitude towards women and the inability to detect their own energy interesting.

I must be confused.

I understand the idea of the kundalini serpent. as I understood it, when the serpent reaches your mind you have a potent psychedelic experience where in you are put in touch with the source.

originally posted by: bluetrees
I am more interested in the tone you used with regard to the woman in your story


You've latched on to the Yang.

I know women are spiritually energetic. My wife brightens the spaces she occupies. What interested me was that this was the first woman I have ever had _this type_ of interaction with. It was extraordinary (for me) and unexpected.

I understand the idea of the kundalini serpent. as I understood it, when the serpent reaches your mind you have a potent psychedelic experience where in you are put in touch with the source.

There are more ways than one way to change the configuration of the amagydala that is needed to release the signal substance in the brain and the rest of the body to bring bliss states. The Fear Amagydala overload also exist and some people know of this from literature and some from experience. 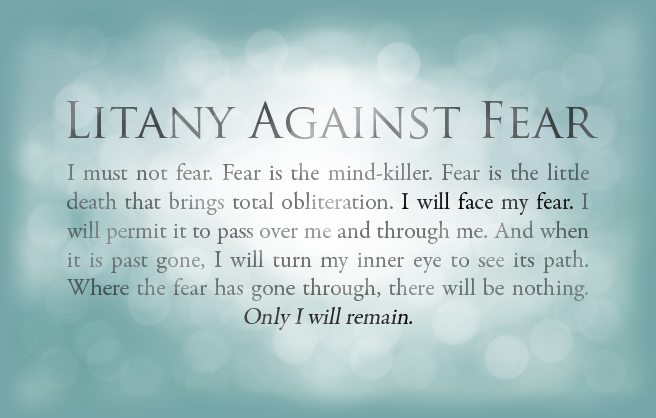 Amagydala Fear Overload -> The calmness -> Increased synchronicity and awareness -> The consciousness break thru (Awareness 1.0) -> The totally disconnected from life/earth state and body bliss from home-> The need to push vibrating energy (chi) to the lower spine to open the heating energy (Kundalini) center from the base of the spine to become balanced and connected to life/earth again.
edit on 29-9-2017 by LittleByLittle because: (no reason given)