I've only seen a limited amount of the film but have been assured by those who seen it in its entirety that the real ghosts will remain buried.

The long term friendship LHO and BS as well as there direct relationship to David " The Freak " Ferrie thru the CAP.

And once again we have come full circle back to JG and Dealey Plaza and J.F.K.

In 1981 when BC was running for Gov. of Ark for the second time, which he would win by a landslide in 82.
He came to Louisiana for visit and during a brief conversation we had about the circumstances of his opportunity to have his picture taken at the age 16, with then POTUS JFK. When he finished that story, he hesitated and then pointed to the southeast and said "You know Oswald and Seal first met right over there, you can nearly see it from here". (Seal was a very hot topic at that time in Louisiana and Arkansas)

I was in uniform and armed at the time, anyway there were also three uniformed Arkansas State Police officers present. (All three of those officers are now deceased by the way) I looked at the most senior of the three and he kinda rolled his eyes and made a sideways movement of his head suggesting I just agree. Which I did by replying " Yes Sir, I wasn't aware of that".

After a few minutes of more idle chat BC advised that a certain security slot would be opening soon and it would be great if I applied for the position. I had no idea at the time what in the world he was talking about but anyway it came to me just as stated. A few months later I would find myself on a 747 bound for the middle-east. I was accompanying the elderly personnel secretary of a young up and coming Israeli official stationed in the U.S. His name was Benjamin Netanyahu.

My life has never been the same since. And I'll say it one more time, all I ever wanted was to be a goat farmer in Nazareth.

Could you be so kind as to tell us what the point of this post was about? 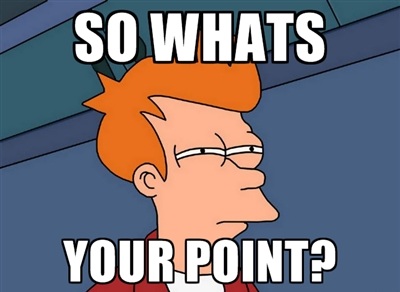 I'll add a little more, this is the gas station on Airline Dr. ( N.O.) deeded over to Ferrie shorty after Dallas.
It was given to him indirectly by leading member of organized crime in the south. 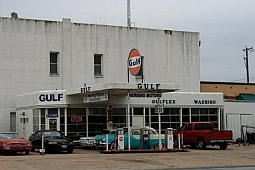 Yes, it is a pretty tangled web.
And they only let you see what they wanted you to see.

I have been privy to some of the shenanigans of my city government. The behind the scene manipulation involved in just building a new jail is mind blowing.
I can only begin to imagine what happens in the higher ranks of government.

originally posted by: flatbush71
Well, Gentlemen if you unable to see it, then there is no point in asking.


Ahhh, the old "you're too dumb or too stupid to know what I'm talking about" routine!

How about you're not doing a very good job at stating what it is you're trying to say. Somehow, it seems you think that being intentionally "aloof" in your spacious use of words makes you a cool dude.

Good luck with that, cowboy!!!

So what are you trying to say?making a post that really says nothing,but to you leads up to a point? doesn't make sense IMO