F-16 down in Arizona

Thunderbird 6 had nothing to do with Obama. Obama was still at the Academy when that happened. He had a bad fuel cutoff on the throttle. When he made a throttle movement, his finger hit the cutoff, which is supposed to be a two part activation, but since it was bad, it activated and cut off fuel to the engine. He still had something like 1800 pounds of fuel on board at the time.

There are no indications yet as to what caused this accident, and it's way too early to speculate.
edit on 9/6/2017 by Zaphod58 because: (no reason given)

I get emails from several older military types, former USN and USAF, and back in June 2016 they were claiming (rumor control) that the COS crash coincided with a visit there by Obama.

Who knows? Makes great stories though. Kinda like a cyber version of hangar flying, eh?

Obama was in Colorado at the time. He and the Thunderbirds were both at Peterson AFB for the Air Force Academy graduation. Obama was the keynote speaker for the graduation, and they performed the flyover.

Thank you, I had thought the story went something like that.

The complaint was that timing was critical, and TBirds do not routinely carry extra fuel. For performance, my guess is, they carry minimum fuel, timed out to the minutes.

Apparently the Secret Service was, predictably, controlling all traffic at the field, which is just what they did when Obama came to my home airport.

Anyway SS made the birds hold out at some fix, which they did, bingo fuel already.


One ship lost and photographed, some say that another ship flamed out on the ground.

And so it goes, arguments and complaints within the military, LOL. A few people do actually know the truth.

Whatever the politics, the pilot did a helluva job, riding that plane so close to empty.

That's the story, that's not what happened. As I said, the throttle trigger (sorry, not the cutoff) was worn past the point it should have been replaced, and they found some dirt and debris around the switch as well. During the landing procedure, the pilot inadvertently pulled the throttle back, and with the trigger stuck in the pressed position, he was able to pull the throttle back to the cutoff position. He was too low to restart the engine. He had over a thousand pounds of fuel left on board.


That's not entirely correct, regarding flying in airspace over which SS has control on a temporary status, less than 30 minutes, but during that time they control the airspace. I've flown in it twice during the Obama time.

It's not hard for me to imagine bureaucratic snafus, not at all, and I would not blame any flight commander for bringing his flight back to the airport. Oh Mr. President, are we allowed to declare an emergency?

And the only time they control it is when either Air Force One or Marine One is in the area. Neither was at the time.

Does anyone know what Block the F-16 was? I hear Auto-GCAS has finally been installed on many in the fleet.

Thanks. I guess your reply means the Block 52s we sold to them either never had the system or it was removed.

It's not standard on any version yet. Any aircraft that has it has had it installed after delivery. These aircraft were delivered several years ago, and A-GCAS started installing about a year and a half to two years ago on our aircraft.

In this case, it probably wouldn't have done any good though. If the picture released was the main crater, I'm not sure anything could have pulled the aircraft out. 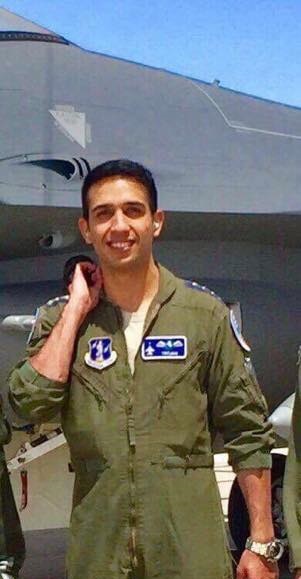