posted on Aug, 2 2017 @ 03:01 PM
link
No, I'm not actually cooking the ghost of Kurt Cobain or anything! Sheesh! I meant, I believe I've found the Nirvana of cooking, or Zen...or at least a vast improvement of the McRib Sammich!

Seriously though, a stroke of good fortune happened upon me a few weeks ago and I seized upon the moment. Shortly after the 4th of July the wife called me up and said she was going to Ace Hardware for something. I told her to take a look at the Traeger grills while she was there. As luck would have it there just happened to be a traveling rep for Traeger doing a demo at the store. We'd been eyeing one of these grills for a while, but they ain't cheap (not the good ones anyway). The guy doing the demo apparently tours the US BBQ circuit and competes. She was impressed seeing one in action up close.

Shortly afterwards we were talking (the wife and I) and I asked her "So, how much??". She says, "Well, the one I like is way too expensive!" She then goes on to say..."BUT, my birthday is coming up, you know!"

Now, although I think it's pretty obvious by this point, I'm a guy. And guys LOVE BBQ's (just everything about 'em!). Imagine the glee that popped into my evil oversized melon when she said her birthday was coming up!! I mean, how does it get any better than to have your wife tell you she actually wants a BBQ for HER birthday??? That's like killing not just (2), but more like (90) birds with the same stone, right??? You can knock out a BD gift for the woman who has everything, get a grill YOU've been wanting...and not even have to worry about forgetting the date!!!! PRICELESS!!

Needless to say, she didn't even really have to get the whole sentence out of her mouth before my mouse was hovering over the "Add to Cart" button on their website!

For the past couple weeks we've been using this thing and every single thing which comes off of it is absolutely PERFECT! It smokes, it bakes, it grills and it broils. Heck, about the only thing it doesn't do is the dishes afterwards!

I think it must have been around 20 years ago or so when Ron Popeil was on TV selling that dang roaster oven thing where he said "SET IT...AND FORGET IT!" Well, that was all just a bunch of TV hype, but this thing is a whole other story! You put the food on it, set it, and come back later...and you better be hungry cuz you're gonna' stuff your face anyway!

Wow, I never would have thought. I mean, I knew they were pretty good, but I had no idea they were this good! And this, coming from a guy who has every style grill and smoker known to mankind. I'm impressed. And no, I have absolutely ZERO affiliation with the company! I just like food...a LOT!

posted on Aug, 2 2017 @ 03:53 PM
link
If you want nirvana around here then you need a tin plate and lets just say you need bacon, sausage, cheese, egg, onions, mushrooms, black pudding, a couple of eggs wrapped up in an oatmeal wrap known as an oatcake (but for the full fat b----) you make need a good few and pouring the fats over it when done equals double pleasure.

Well it can't match your Pan-Ultimate BBQ, but I've been using my Crockpot to make the most unlikely and yummy dish you'd ever think to come out of a Crock Pot...Pizza

- First coat the crockpot with a non-stick cooking spray,
- Cut two strips of cooking parchment long enough to drape the pot (as handles for pulling out the pizza)
- Roll out sufficient dough to cover the inside of the pot
- Add ingredients; sauce, meat cheese, vegetables 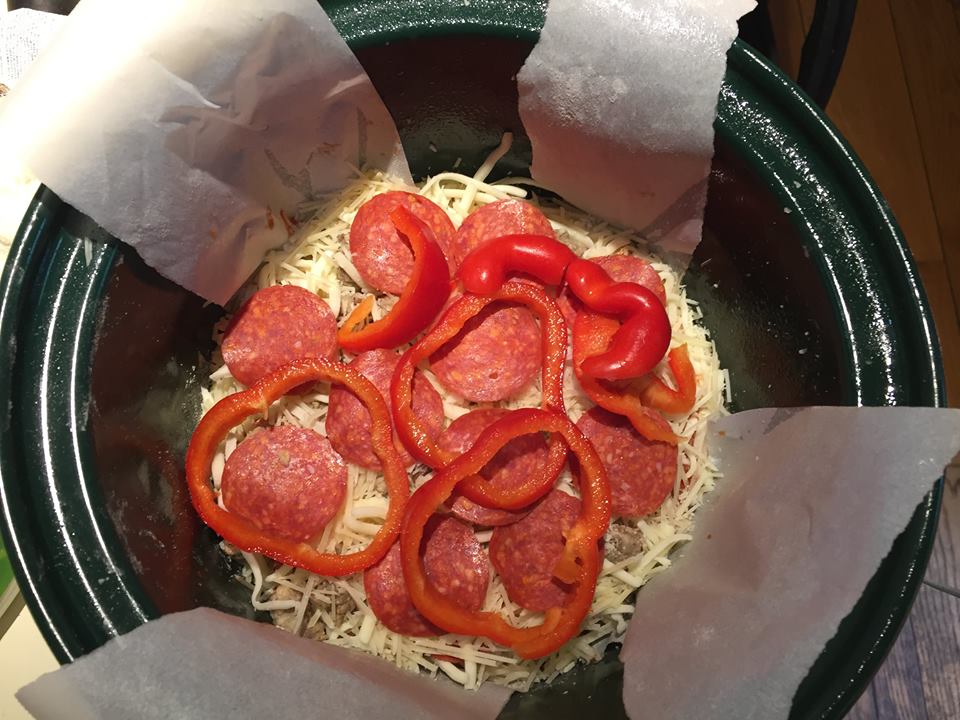 - Cook, covered, on high for 2 hours
- Periodically wipe condensate from inside of cover
- Lift from crock and let cool 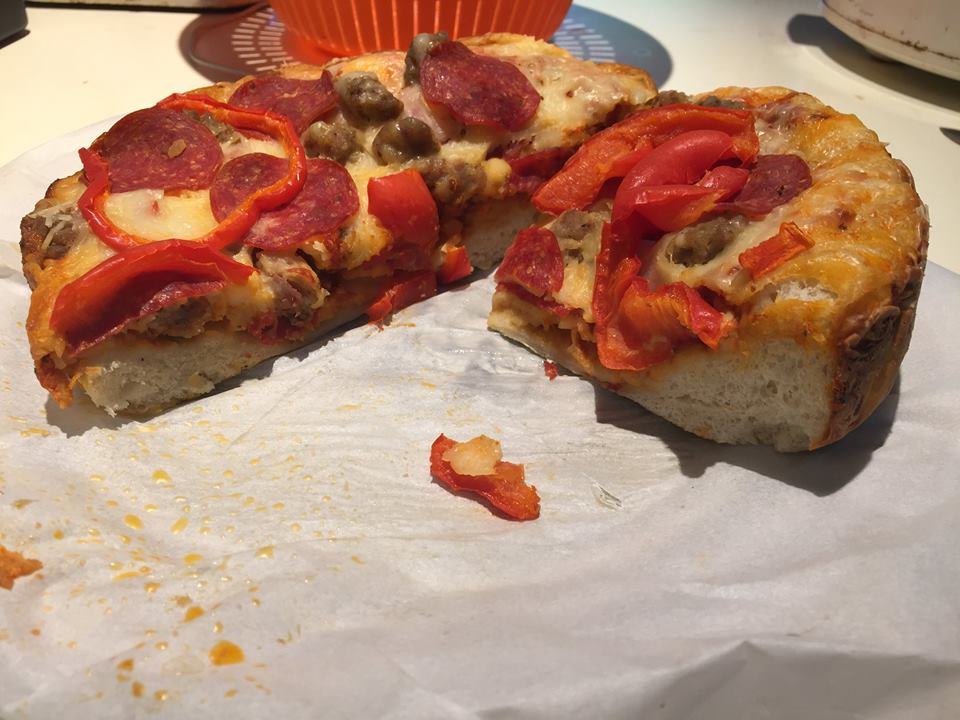 This is what my subsequent pies look like, alas my first pie, I used all the cooking dough and came up with 1 inch of topping with 4 inches of crust...goood though

Don't own a pellet grill as I own an egg type grill, a cookshack electric smoker and a Weber Summit gas grill. Each has their applications. Seems like the people whom I know who own pellet grills either love them or say they are just OK. Doesn't seem to be much in between.

The only real negative in my book they are a smoking or roasting type grill and do not sear well. Guess that is why I own three grills, let each one do what they do best. If you have't tried a Komodo type grill, they are really pretty good. You can smoke, roast, grill and bake with one and they work well on all. Pizza using a ceramic heat deflector and a round ceramic pizza stone using the top cooking level is just like a wood fired oven. The only downside is to get one to the desired 600-650 ambient level takes about a hour n 15 minutes to get it hot.

Absolutely love my Weber Summit. Takes 15-20 minutes to get to the 550-570 ambient and produced a true restaurant char using the sear section. Hard to beat the convenience or results. Plus, I can do Brazilian type BBQ by removing the grids and putting a pan of charcoal under the rotisserie. Best ribs I know of as they self baste getting flavored by the smoke produced by the dripping fats.

Can't leave out my Cookshack, in cooler weather (the temp can never go over 80 degrees) my cold smoked JackDaniels cured Salmon is too die for. Use the cookshack to produce a mesquite smoke and put the salmon in a homemade labyrinth so no not smoke reaches the salmon.

Guess you can say I personally don't believe one type of grill can achieve cooking nirvana, it takes a mixture of grills, but I sure it does what it does well.

Interesting concept, new to me as I don't own a crockpot but do love a crisp thin crust pizza with fresh herbs and fresh mozzarella. Next to a real wood fired pizza oven, a Komodo set up properly is real damn close and damn good.

Guess I need to start posting pictures, worth a thousand words.


Pizza from a 630 degree Komodo grill: 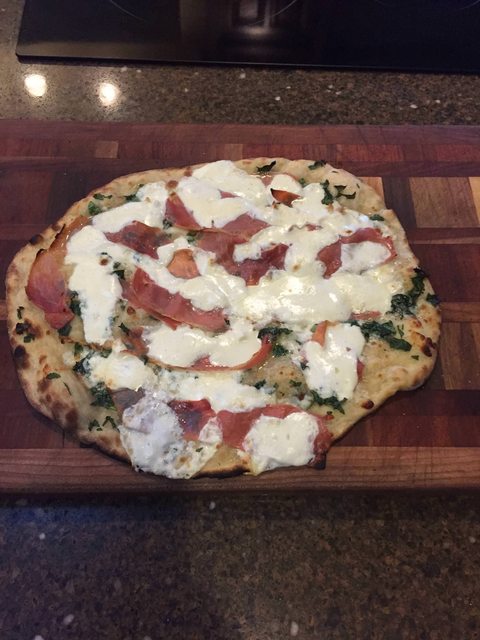 Lambchops from a 550 degree Weber Summit: 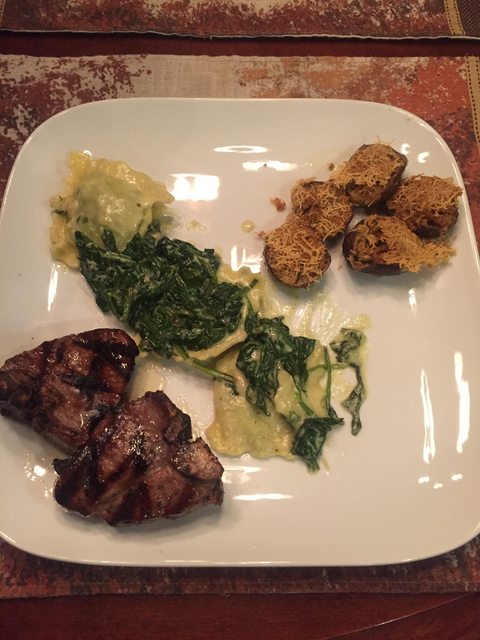 Steaks from the same grill: 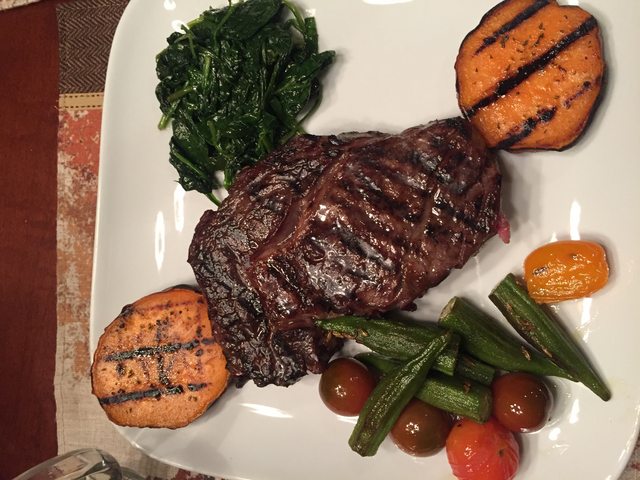 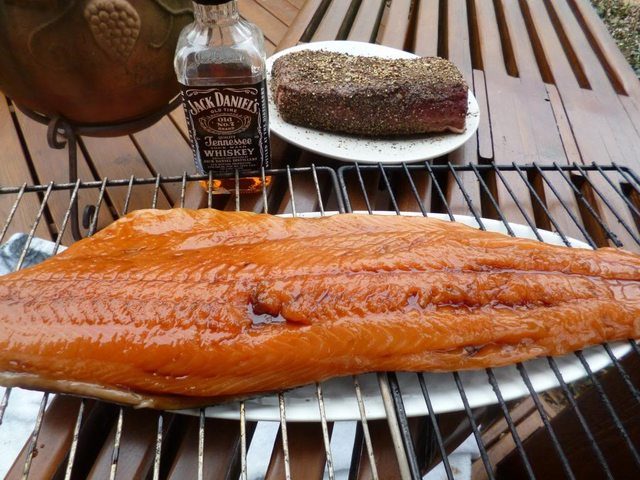 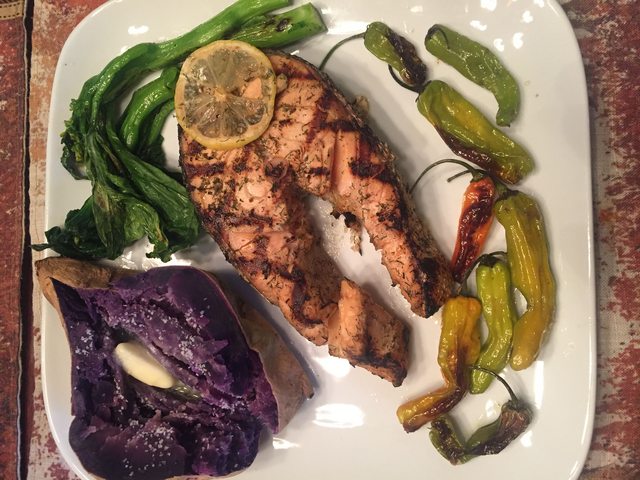 Brined, Mesquite smoked for flavor in the Cookshack, then finished on the Weber Summit to a 125 degree internal temp. 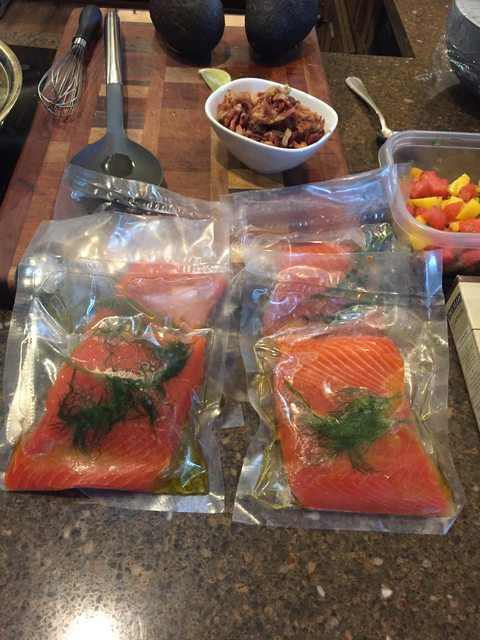 Copper River Salmon marinated 4 hours in fresh dill, Lemon and Olive Oil. Sous Vide for 30 minutes at 125 degrees, then pan seared finished using the side burner on my Weber. Delicious!! 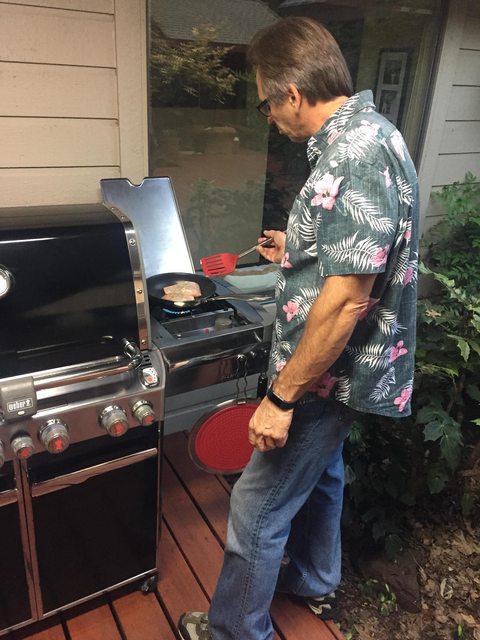 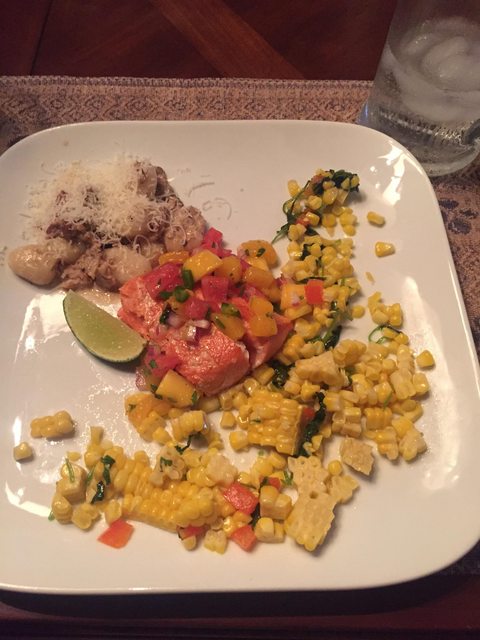 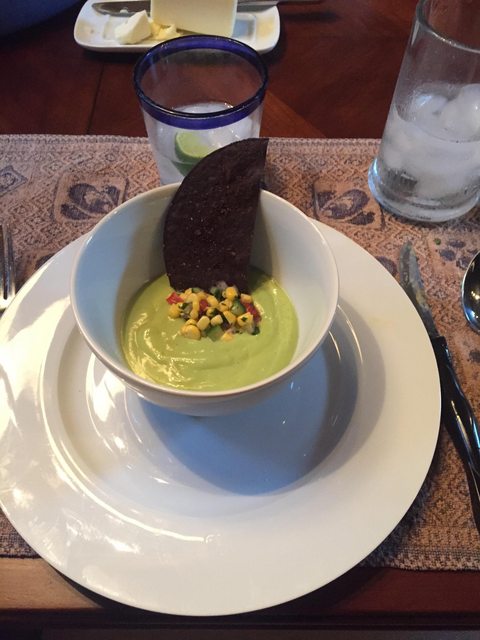 Don't even get me started. Do everything from Sushi to Soul Food n still looking for Nirvana. 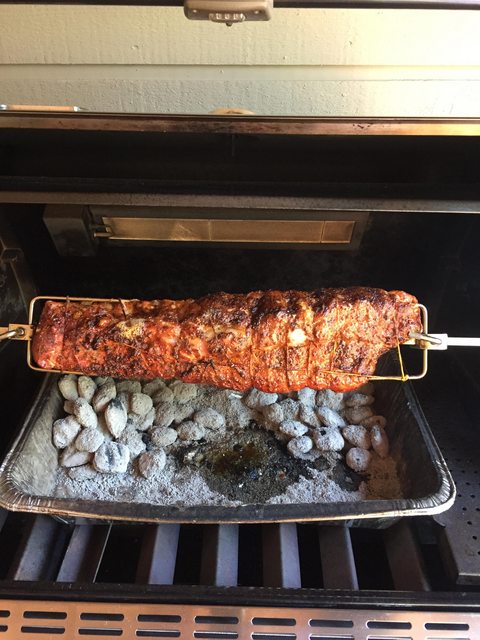 
How about a blowtorch? Sous Vide Lamb Chops to 130 degrees and Blowtorch seared. 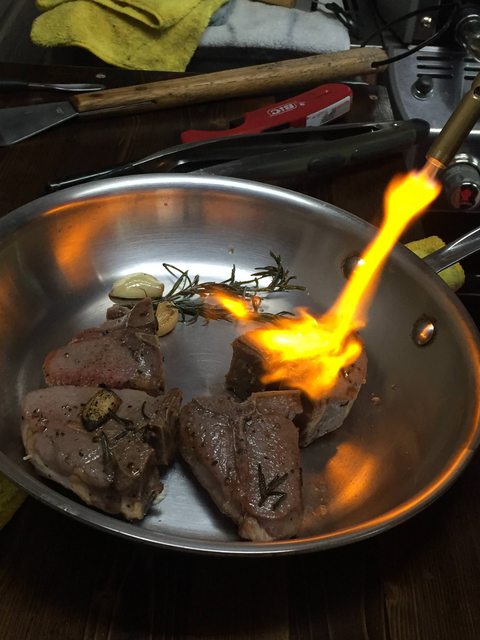 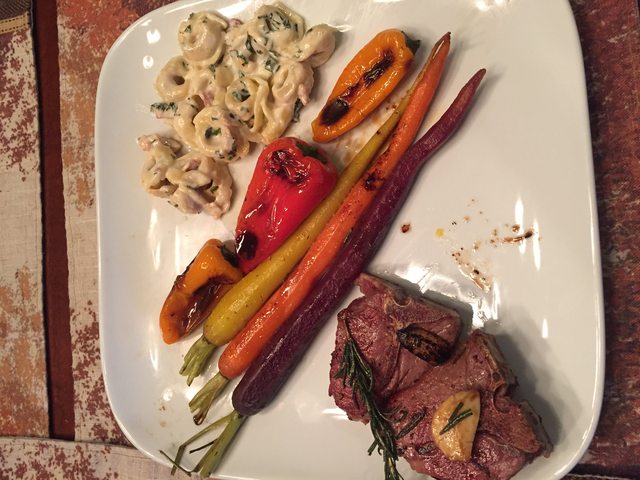 posted on Aug, 2 2017 @ 06:06 PM
link
Ok, now this time it will be the last post of the day. Setting up my GAS grill right now for Brazilian BBQ over charcoal. Gotta be creative. 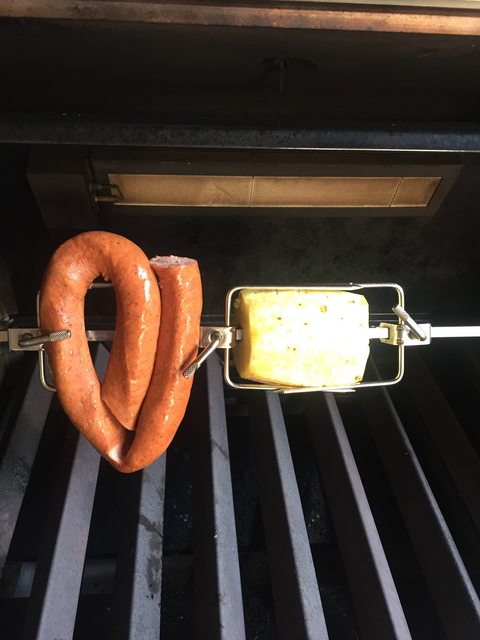 Did you make that sausage? Cmon DaCook, don't break my heart.

posted on Aug, 2 2017 @ 07:29 PM
link
Great , just finished breakfast an now you lot made me hungry again talking bout grills an showing all that good food .

Did you make that sausage? Cmon DaCook, don't break my heart.

I have before, but being an empty nester, really isn't practical. Do you really understand the effort n science in making sausage, particularly cured salami's? Grinding it, spices, stuffing the casings, introducing beneficial bacteria n then curing using UV light n controlling temp n humidity. Just isn't practical for a family of two. On my iPad n can't post pictures, will do in morning of some I have made. Sushi to soul food, all the same to me. In the meantime, feel free to post yours. A true old world art.

Do I understand the science?

Uh yeah, I do. Charcuterie is my job.

originally posted by: TheAlleghenyGentleman
Uh yeah, I do. Charcuterie is my job.

When I wasn't travelling as much as I do now I used to make all types of sausages. My brother hunts all over the place so I've made them with game he's gotten across the globe.

If you didn't come across as so know it All-y I might have wanted to talk shop. Not really now. UV light? Are you kidding? Are you growing we*d or making sausage. Geez. Some
People have too many toys

edit on 2-8-2017 by TheAlleghenyGentleman because: (no reason given)

You know I love game! Add some pork fat an you sir, have made magic.

originally posted by: TheAlleghenyGentleman
You know I love game! Add some pork fat an you sir, have made magic.

I always did because elk, moose, ibex, bongo and antelope are all too lean to make without adding some wonderful pork fat.

You should do a video or thread on making charcuterie/salumi.

If you didn't come across as so know it All-y I might have wanted to talk shop. Not really now. UV light? Are you kidding? Are you growing we*d or making sausage. Geez. Some
People have too many toys

So you are a line cook?

The first two are amazing.