The find indicates the existence of highly qualified specialists capable of engineering comfortable and flexible yet robust mechanical parts.

This is an interesting topic, a far cry from the politics! Once in a while I like to take a look at ancient cultures and this is one I always enjoy reading about. 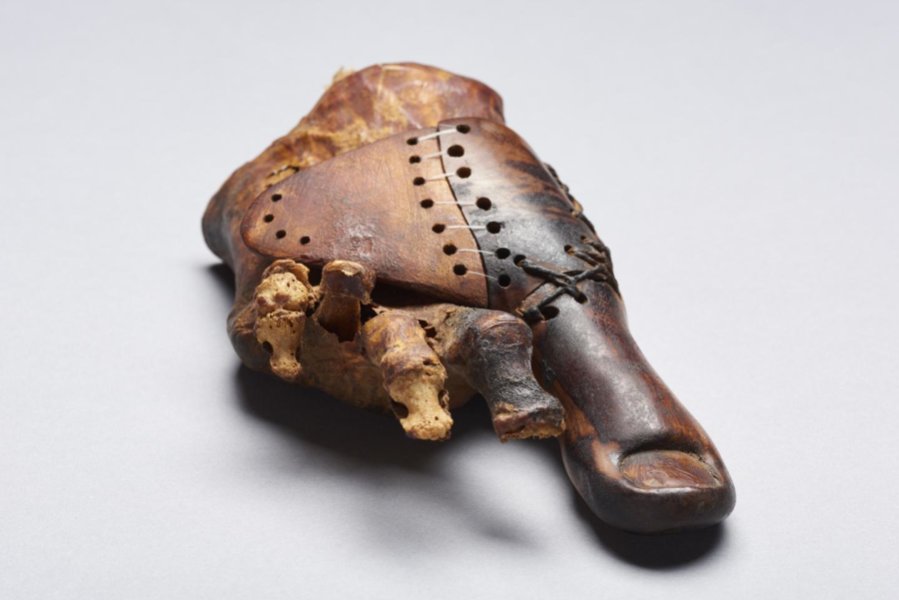 There is an older Egyptian one in the story of how Horus was born, after Set betrayed and butchered Osiris scattering his body Isis (not the evil loony terrorists but the Egyptian Deity) then searched around for his parts and because they had not yet invented superglue she bound his body back together with linen bandages making him the first mummy, sadly she could not find his privates which presumably had been eaten or something so she fashioned a new one for him from a tree branch and used that to get herself pregnant and gave birth to Horus whom she then named as Osiris son and rightful heir sparking a war with is uncle Set over whom had the right to the crown of Egypt.

So his wooden willy was an even earlier prosthetic if you think about it (though it could be argued to be representative of celestial phenomena as is the Victorian interpretation or you could regard that branch as a Branch of his family and not a literally wooden branch.

Of course as a religious precedent it would suggest the likely hood that wooden limbs and replacement's were a very early idea in Egypt as they had it already in there religion.