Trump is doing the SAME


Until you make positive change

The truth is a secret

posted on May, 31 2017 @ 09:41 PM
link
Every newspaper now asks itself, with respect to every story: "Is it news?" All I suggest is that you add the question: "Is it in the interest of the national security?" And I hope that every group in America--unions and businessmen and public officials at every level-- will ask the same question of their endeavors, and subject their actions to the same exacting tests.

posted on May, 31 2017 @ 09:43 PM
link
I have selected as the title of my remarks tonight "The President and the Press." Some may suggest that this would be more naturally worded "The President Versus the Press." But those are not my sentiments tonight.

It is true, however, that when a well-known diplomat from another country demanded recently that our State Department repudiate certain newspaper attacks on his colleague it was unnecessary for us to reply that this Administration was not responsible for the press, for the press had already made it clear that it was not responsible for this Administration.

Nevertheless, my purpose here tonight is not to deliver the usual assault on the so-called one party press. On the contrary, in recent months I have rarely heard any complaints about political bias in the press except from a few Republicans. Nor is it my purpose tonight to discuss or defend the televising of Presidential press conferences. I think it is highly beneficial to have some 20,000,000 Americans regularly sit in on these conferences to observe, if I may say so, the incisive, the intelligent and the courteous qualities displayed by your Washington correspondents.

Nor, finally, are these remarks intended to examine the proper degree of privacy which the press should allow to any President and his family.

If in the last few months your White House reporters and photographers have been attending church services with regularity, that has surely done them no harm.

On the other hand, I realize that your staff and wire service photographers may be complaining that they do not enjoy the same green privileges at the local golf courses that they once did.

It is true that my predecessor did not object as I do to pictures of one's golfing skill in action. But neither on the other hand did he ever bean a Secret Service man.

My topic tonight is a more sober one of concern to publishers as well as editors.

I want to talk about our common responsibilities in the face of a common danger. The events of recent weeks may have helped to illuminate that challenge for some; but the dimensions of its threat have loomed large on the horizon for many years. Whatever our hopes may be for the future--for reducing this threat or living with it--there is no escaping either the gravity or the totality of its challenge to our survival and to our security--a challenge that confronts us in unaccustomed ways in every sphere of human activity.

This deadly challenge imposes upon our society two requirements of direct concern both to the press and to the President--two requirements that may seem almost contradictory in tone, but which must be reconciled and fulfilled if we are to meet this national peril. I refer, first, to the need for a far greater public information; and, second, to the need for far greater official secrecy.

posted on May, 31 2017 @ 09:45 PM
link
The very word "secrecy" is repugnant in a free and open society; and we are as a people inherently and historically opposed to secret societies, to secret oaths and to secret proceedings. We decided long ago that the dangers of excessive and unwarranted concealment of pertinent facts far outweighed the dangers which are cited to justify it. Even today, there is little value in opposing the threat of a closed society by imitating its arbitrary restrictions. Even today, there is little value in insuring the survival of our nation if our traditions do not survive with it. And there is very grave danger that an announced need for increased security will be seized upon by those anxious to expand its meaning to the very limits of official censorship and concealment. That I do not intend to permit to the extent that it is in my control. And no official of my Administration, whether his rank is high or low, civilian or military, should interpret my words here tonight as an excuse to censor the news, to stifle dissent, to cover up our mistakes or to withhold from the press and the public the facts they deserve to know.

But I do ask every publisher, every editor, and every newsman in the nation to reexamine his own standards, and to recognize the nature of our country's peril. In time of war, the government and the press have customarily joined in an effort based largely on self-discipline, to prevent unauthorized disclosures to the enemy. In time of "clear and present danger," the courts have held that even the privileged rights of the First Amendment must yield to the public's need for national security.

Today no war has been declared--and however fierce the struggle may be, it may never be declared in the traditional fashion. Our way of life is under attack. Those who make themselves our enemy are advancing around the globe. The survival of our friends is in danger. And yet no war has been declared, no borders have been crossed by marching troops, no missiles have been fired.

If the press is awaiting a declaration of war before it imposes the self-discipline of combat conditions, then I can only say that no war ever posed a greater threat to our security. If you are awaiting a finding of "clear and present danger," then I can only say that the danger has never been more clear and its presence has never been more imminent.

It requires a change in outlook, a change in tactics, a change in missions--by the government, by the people, by every businessman or labor leader, and by every newspaper. For we are opposed around the world by a monolithic and ruthless conspiracy that relies primarily on covert means for expanding its sphere of influence--on infiltration instead of invasion, on subversion instead of elections, on intimidation instead of free choice, on guerrillas by night instead of armies by day. It is a system which has conscripted vast human and material resources into the building of a tightly knit, highly efficient machine that combines military, diplomatic, intelligence, economic, scientific and political operations.

Its preparations are concealed, not published. Its mistakes are buried, not headlined. Its dissenters are silenced, not praised. No expenditure is questioned, no rumor is printed, no secret is revealed. It conducts the Cold War, in short, with a war-time discipline no democracy would ever hope or wish to match.

Nevertheless, every democracy recognizes the necessary restraints of national security--and the question remains whether those restraints need to be more strictly observed if we are to oppose this kind of attack as well as outright invasion.

For the facts of the matter are that this nation's foes have openly boasted of acquiring through our newspapers information they would otherwise hire agents to acquire through theft, bribery or espionage; that details of this nation's covert preparations to counter the enemy's covert operations have been available to every newspaper reader, friend and foe alike; that the size, the strength, the location and the nature of our forces and weapons, and our plans and strategy for their use, have all been pinpointed in the press and other news media to a degree sufficient to satisfy any foreign power; and that, in at least in one case, the publication of details concerning a secret mechanism whereby satellites were followed required its alteration at the expense of considerable time and money.

The newspapers which printed these stories were loyal, patriotic, responsible and well-meaning. Had we been engaged in open warfare, they undoubtedly would not have published such items. But in the absence of open warfare, they recognized only the tests of journalism and not the tests of national security. And my question tonight is whether additional tests should not now be adopted.

Just how is dt doing the same? Some "quotes" and sources would be helpful.

Kennedy didn't like the press either it seems. He's lucky, the press had more integrity back then. 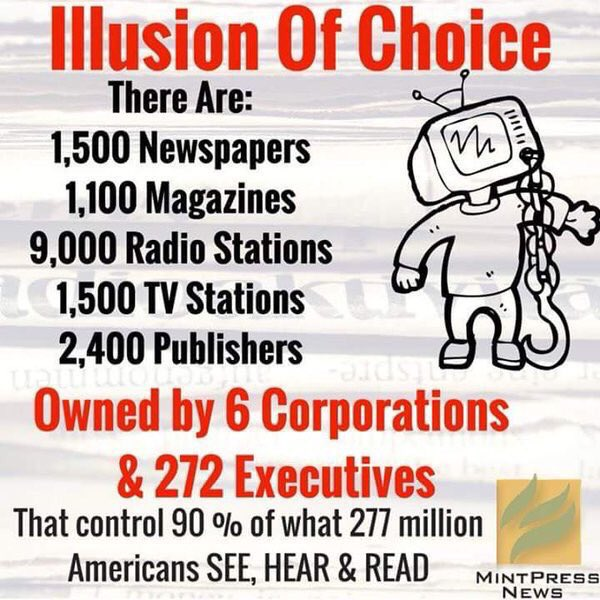 The only way the citizenry can defend itself against the barrage of endless propaganda is by being aware of its existence: